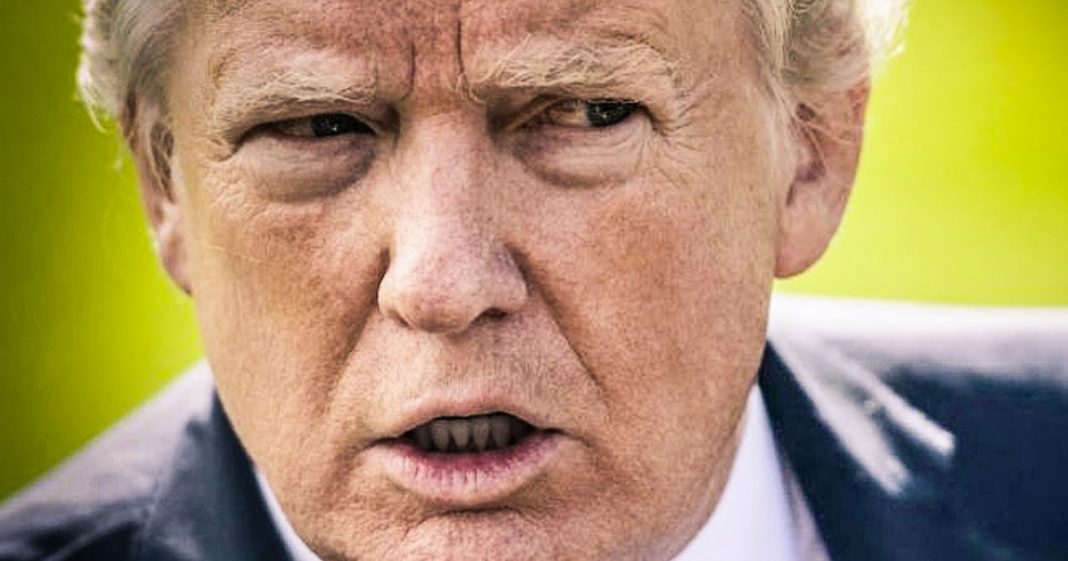 As Donald Trump went into an unhinged tirade on Twitter this past weekend, White House officials along with elected members of Congress from both the Republican and Democratic Parties told the rest of the world how to handle the President’s behavior: Just ignore his tweeting habits. This isn’t the first time our country has had to issue such a warning, but the problem is not the tweets; the problem is the man in the Oval Office. Ring of Fire’s Farron Cousins discusses this.

Donald Trump kicked off his Saturday morning this past weekend with an amazing Twitter tirade against Obama, against the Russians kind of, against Muller, against the entire investigation. He was telling us that he was completely vindicated by the indictments that were handed down on Friday against the Russian trolls. He said that he had known that there was interference. He never said there wasn’t interference, but that it didn’t help him get elected and that this was actually somehow Barack Obama’s fault, even though Mitch McConnell was the one who refused to sign on to a bipartisan letter warning the Americans that, “Hey, the Russians are interfering and we know about it and we have evidence.”

In response to the president’s unhinged tirade, American officials including national security officials and elected Republicans and Democrats, had to tell people both publicly and privately, “Please ignore the president’s tweets.” See, what happened is that US officials overseas were having to talk to other countries about what was going on and what these indictments were about, and when Donald Trump says this is Obama’s fault or that he’s not worried about it, they had to reassure people first and foremost, ignore what our idiot president is saying, and two, we do take this very seriously. Trust us, something’s going to get done. Don’t pay any attention to that big orange buffoon in the White House, because we’re going to make something happen, we’re going to prevent this from going any further, and we’re going to make sure it doesn’t happen again.

Here we have a bipartisan group of elected officials and other department heads in the federal government having to essentially criss-cross the globe to tell people, “Look, we understand something bad happened. We’re trying to fix it. Please don’t listen to what Donald Trump says. The real adults are trying to handle this issue seriously.” I have to be honest here, the problem is not Donald Trump’s tweets. They are problematic, but the real problem is Donald Trump himself, because as long as he stays in the White House, US officials are going to have to continue their apology tour around the globe. Whether it’s for something he says at a rally, something he says to reporters, a bad photo op where he gives a thumbs up after 17 children were murdered. Whether it’s the tweets, whether it’s whatever, these people are going to have to continue apologizing for this giant man-child that we have in the White House because he’s not professional enough, he’s not mature enough to understand how to do the job of the President of the United States.

As long as he’s there, we’re going to see more of these apologies. To be honest, this isn’t even the first time that we’ve seen US officials have to tell the rest of the world to please ignore Donald Trump’s tweets. A few months ago the same thing happened. They said, “Please disregard what the president is saying. We understand the issue. We’re taking it seriously and we’re working on it.” But, you can’t. As long as Trump is there, as long as he is calling the shots, and as long as he has access to Twitter, these things are going to keep happening.

He’s going to continue to diminish the United States’ standing among other countries in the world, and our elected officials can apologize all they want, but it’s not going to undo the damage that he’s caused and it’s not going to get these countries to immediately forgive us and just say, “Okay, yeah, I’ll ignore him. Maybe I’ll unfollow him on twitter.” That’s not how it works. Donald Trump like it or not, speaks for the United States. Those tweets that he sends out are considered official presidential statements. Anything he says on there can and will be used against the United States, and that is exactly what’s happening right now. Twitter is not the problem. The problem is the president himself.