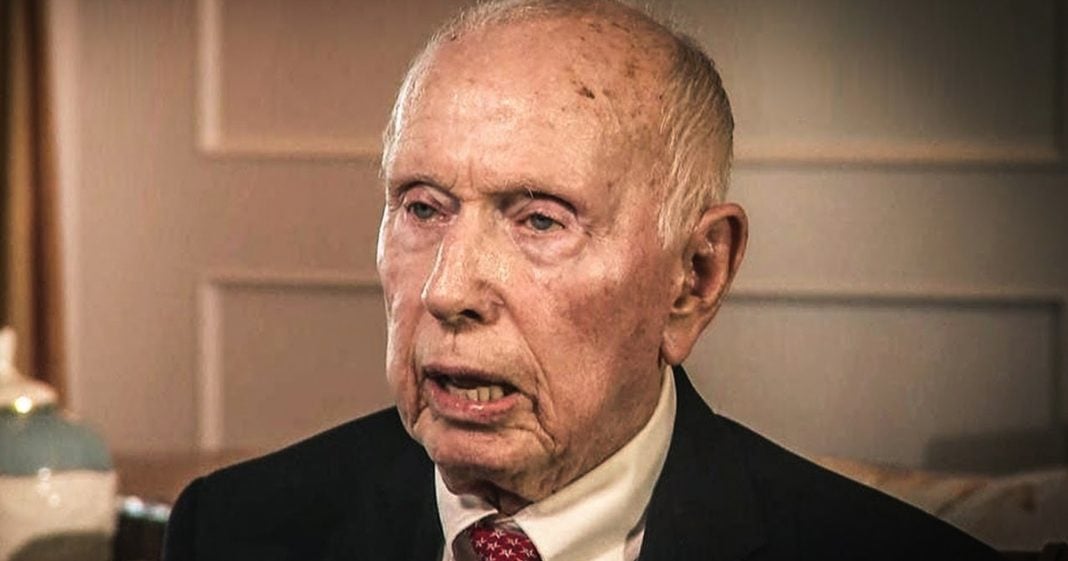 Al Hoffman, Jr., a wealthy conservative from Florida who donates a lot of money to Republicans, has announced that he will not be writing another check to Republican candidates until they agree to reinstate a ban on assault rifles in the United States. This may be the only tactic that gets Republican’s attention, since they seem to only act in accordance to their donors’ wishes. Ring of Fire’s Farron Cousins discusses this.

Al Hoffman Junior, a real estate developer from the state of Florida, has issued a warning to several of the Republican elected officials that he helped fund campaigns for. He says that if you do not pass an assault rifle ban in the United States, if you don’t get these deadly killing machines out of the hands of people who clearly should not have them, I will never write you another campaign check for as long as I live.

Now, Al Hoffman isn’t as well-known a name as say Steven Wynn or the Mercer family or the Koch’s, but he is a major hitter in Florida Republican politics having funded campaigns of people like Jeb Bush, Rick Scott, and many other national Republicans. So the loss of his money could be a big blow to the Republican party, especially if other Republican donors decide to stand up and say, “You know what, he’s absolutely right.”

As we’ve seen in the past few years, Republicans will do what their donors tell them to do. So if we get enough of these heavy hitters, these high rollers to come forward and say, “I’m not going to write you another check until you reinstate the assault rifle ban in the United States,” because that’s what it is, folks. This isn’t about new legislation. This isn’t about taking people’s guns away. It’s about putting the safe guards back in place that we did have on the books a few years ago. In 2004, George W. Bush and the Republican controlled legislature let the assault weapons ban expire without renewing it. At that point, you could then go get your hands on weapons like AR-15s that happen to be the favorite of most mass shooters. Prior to that, you couldn’t go out and buy one of those weapons because you didn’t need them. That’s what people like Hoffman here are trying to say. Just reinstate that law. That’s all you have to do because if you don’t, you want get another dime from me.

While I may disagree with 99.9% of Hoffman’s politics on this issue, something has to be done and the only way to get it done is through bipartisanship. If that means that Republican donors have to pull out their money, Democratic donors have to pull out their money, then so be it. We need that anyway. But something has to be done on this issue and the only thing that Republicans and some Democrats respond to is the threat of loss of campaign money. So if we get more people like Hoffman standing up and saying, “You don’t get another check from me til you protect the lives of everybody in this country,” then maybe something could be done about the issue of gun control. We’ll see.