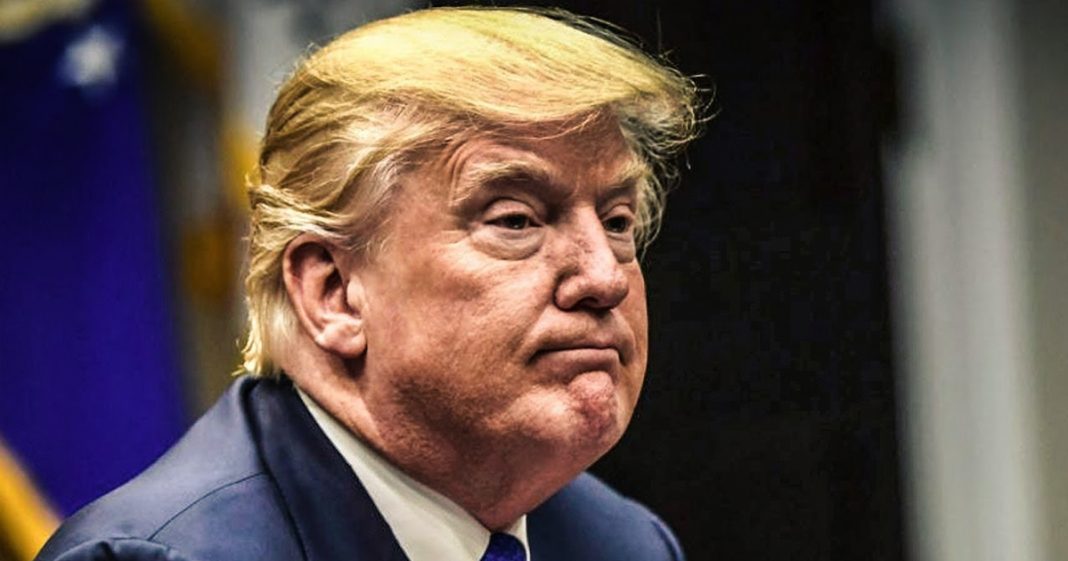 According to a recent Presidents’ Day poll among experts at the Presidents and Executive Politics Section of the American Political Science Association, Donald Trump is officially the worst President in US history after serving only one full year in office. The survey looks at things like work ethic, behavior, and most importantly, accomplishments, and in every category Donald Trump ranks dead last. Ring of Fire’s Farron Cousins discusses this.

Well, folks, the results are in and Donald Trump, according to the experts, is the worst president in the history of the United States. According to a recent poll conducted amongst current and former members of the American Political Science Association, Donald Trump received the lowest score in terms of overall greatness. Lower than any of the 44 men who served in that office ahead of him. Donald Trump’s score, from zero to 100, was 12.34. Topping the list was Abraham Lincoln at 95 and then followed by George Washington at 92.9. Barack Obama placed eighth overall as the eighth best president the US has ever had.

But back to Donald Trump. Dead last. In terms of overall greatness, by people whose job it is to study American politics and the executive branch and determine who is able to get things done and who isn’t. Donald Trump, according to these experts, is the absolute worst after only serving one year in office. So it is likely that that number might go up. I mean, hell, after all we had a president who served for only 30 days before he died of pneumonia, William Henry Harrison. But nonetheless, Donald Trump is dead last for many reasons.

First and foremost, the man has very few accomplishments after his first year in office. Typically, when presidents enter their first year, they come in with bold ambitious agendas, they work across party lines, they do what they have to, to get things done to show people that, “Hey, I’m not a complete and total failure.” But Donald Trump, what does he have? He has Gorsuch on the Supreme Court. He has a tax cut package and what else? That’s really about it. I mean, he did repeal the Obama era rule that made it harder for people with mental conditions to get their hands on guns. Not exactly something that the experts say make Donald Trump great.

So when you take away all of the repeals that he’s done, he really only has those two major accomplishments, a Supreme Court justice, which whoever was president was going to get to place so he doesn’t get too much credit for that, and the tax cut package. That’s it. Aside from that we have constant tweeting, constant vacations, millions upon millions of dollars spent to protect him and his family while they just travel the world having fun. But no real legislative or really domestic and foreign accomplishments to speak of. The entire country as a whole, the majority of us, are embarrassed of him. Foreign officials look down their noses at us now because we elected this jackass as president. So it’s no surprise hat Donald Trump ranks dead last and, again, that number could go up. Maybe he’ll be 44th out of 45. But if things stay on their current trajectory, I don’t see Donald Trump ever moving up from last place as the worst president in the history of the United States.