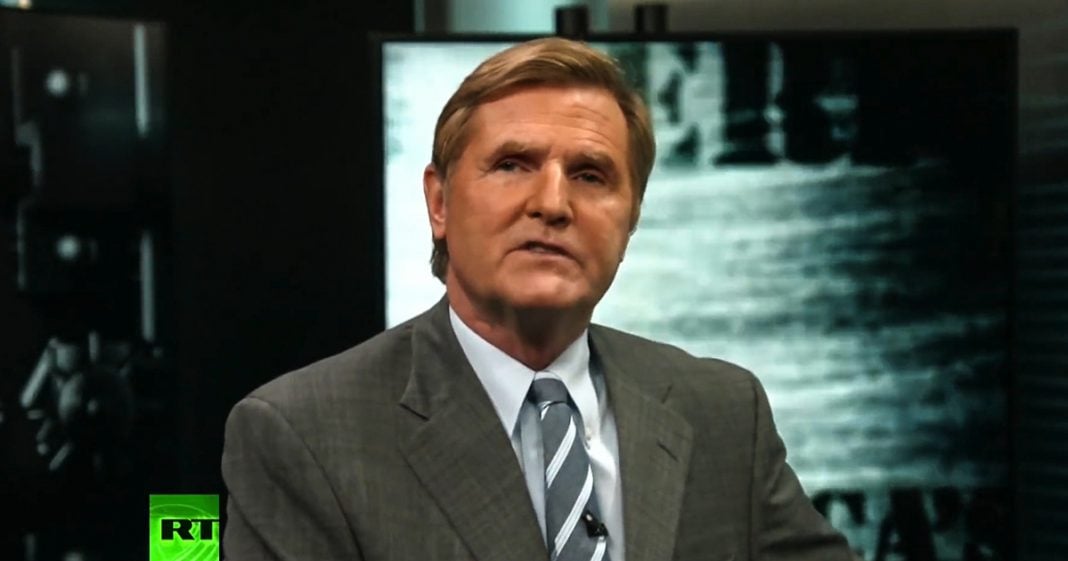 America’s Lawyer Mike Papantonio highlights a case in which CEO David McCloskey was sentenced for brokering $33 million in fraudulent loans.

Finally tonight some good news. A top financial executive was re-sentenced to seven years in prison for selling millions of dollars worth of phony loans. This story began after the US Justice Department announced a plan to take down crooked mortgage lenders that helped create the housing crisis of 2008.

A federal investigation concluded that David McCloskey and his company First Atlantic Financial brokered $33 million in fraudulent loans. They said his loan applications contained false information about a borrower’s income, which were supported by fake documents that he and others at Atlantic Financial doctored up. In fact, all of Wall Street doctored up these kinds of documents, not just this guy. But the prosecutor in this case determined that McCloskey was motivated by pure greed, as all of Wall Street was motivated by the same thing.

McCloskey says he’s innocent and even tried to deflect some of the blame on his mom. The prosecutor wanted McCloskey to serve 10 years in prison, but his re-sentencing will make him serve only seven. Most banking executives don’t ever go to jail for the crimes they commit, so seven years may not be 10, but it’s a good start. Take note, plenty of bankers up on Wall Street committed the same crime and never saw the inside of a prison.