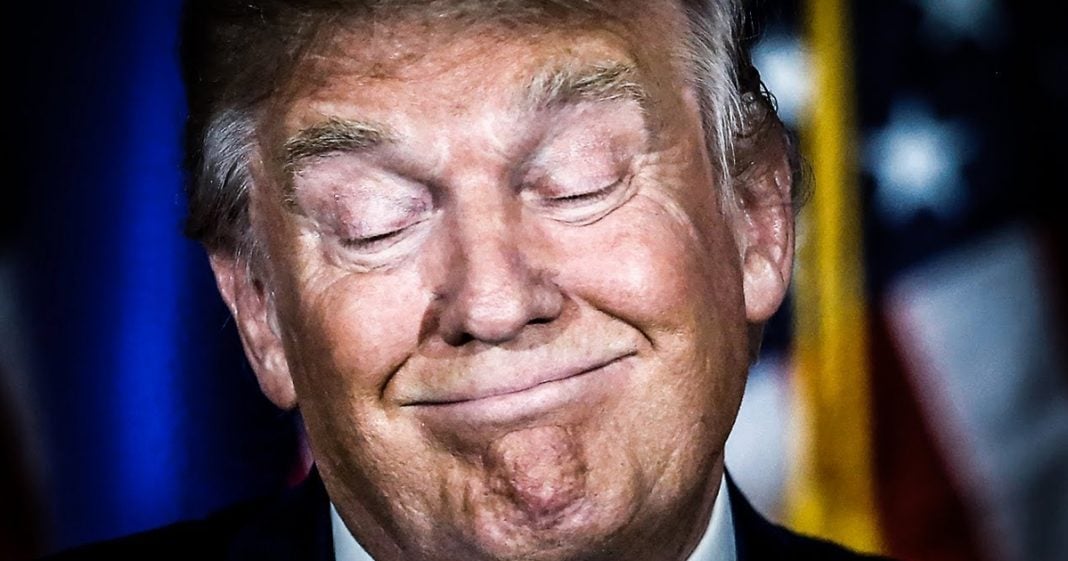 According to new analysis, Donald Trump’s properties – including Mar-a-Lago – have only hired one American worker since August 2016, with the remaining jobs being filled by foreign workers under the H-2B visa program. For a person who wants to shut down immigration, Trump sure is dependent upon them to do the jobs that Americans don’t want to do – like work for him. Ring of Fire’s Farron Cousins discusses this.

A new report came out this week about Donald Trump’s businesses, specifically three of the Trump branded properties here in the United States. One of which includes Mar-a-Lago. As it turns out since August 24, 2016, those three properties combined have posted job openings 144 times. Of those 144 job opening that have been posted in the last year and a half, four applicants were Americans citizens, but only one American citizen was hired to work at a Trump property. 143 out of those 144 people hired at Trump properties were actually immigrants here on H2B work Visas that Donald Trump seems to prefer working at his properties rather than American citizens. First and foremost, there’s absolutely nothing wrong with hiring immigrants.

That’s fantastic. It is great because they’re doing job that Americans don’t want to do, which is mainly work for Donald Trump. Here’s the problem, when you’ve predicated your entire presidency on hating one specific group of people, like immigrants, but then you turn around with your own businesses and only hire immigrants, don’t you see why that’s a problem for you? The hypocrisy, the irony of it all. I’m sure it’s lost on a guy like Donald Trump, but the reality is that his properties want to hire these foreign workers because they know these people are easier to take advantage of and Donald Trump is a guy, his sons are the kinds of guys that will take advantage of anyone that they can for a profit.

That’s what’s going to happen in these instances. They can pay lower wages. They know there’s no threat of unionization. They know that these people will work without benefits because they’re not even going to be here all year long. They can reclassify. They can misclassify. They can underpay. They can not pay overtime. They can get away with all kinds of labor abuses because they know that these people in most instances don’t even have the means to fight back. That is why these corporations are going after these immigrants and that is why people like Donald Trump or people that run corporations all over this country, they actually don’t want to stop immigrants from coming into the country because those are the best people for them to take advantage of.