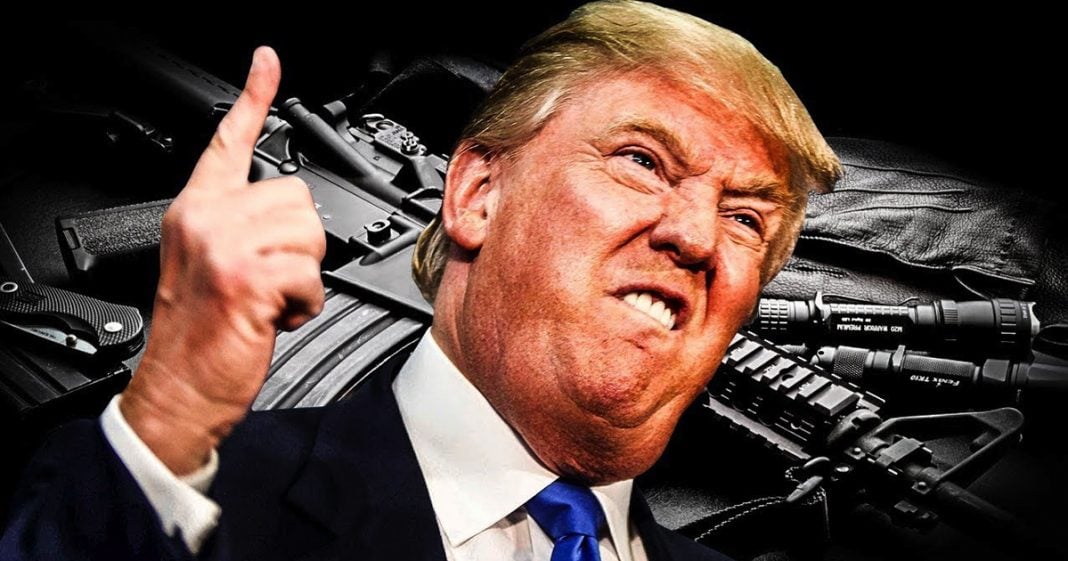 The Trump budget for 2019 reduces the budget for the national gun background check system by 16%. This news comes on the heels of one of the deadliest mass shootings in US history. Republicans will never take the issue of gun control seriously, and that’s why we have to vote them out this year. Ring of Fire’s Farron Cousins discusses this.

With the recent school shooting that took place in Parkland in South Florida, a lot of talk about gun control has rightfully popped up in the media. But one thing that’s actually remained relatively silent is the fact that Donald Trump’s 2019 federal budget actually cuts 16% of the funding for the National Gun Background Check system.

So at a time when the United States, as of right this second, has had 18 school shootings alone in 2018, Donald Trump, even before the Parkland shooting happened, when we already had more than a dozen school shootings, when he was writing this budget, said, “You know what? Let’s cut back on gun background checks in the United States because why the hell not?” That’s essentially the thinking that’s going on in the White House.

Donald Trump is making it easier for people to get their hands on guns, and we’re seeing the repercussions of that every single day. We can’t go a week in the United States without a mass shooting. Hell, we can’t go three days in this country without a mass shooting. It is a uniquely American problem. Another uniquely American problem is our Republican party. They are the ones who are holding up any meaningful action on this issue.

Until they get out of office, until we stop the blood money coming from the NRA, which was over 54 million dollars in 2016, until that stops, the Republicans are going to continue to have blood on their hands. We’re going to continue to see budgets that cut background checks, legislation that lets the mentally ill run through a gun shop as if it’s supermarket sweep. All because Republicans want to keep their donors happy.