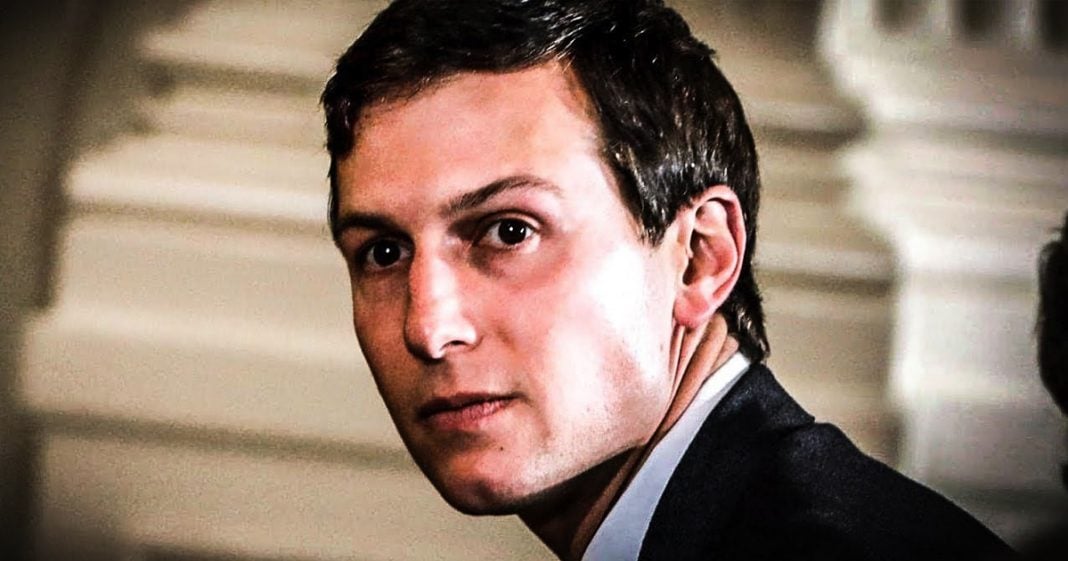 According to a new report in Bloomberg, the companies owned by Jared Kushner and his family have been subpoenaed by the IRS for information regarding their lenders and investments. While details about the investigation are relatively scarce, one thing that is known is that this has nothing to do with the special prosecutor’s investigation into the Trump administration, so Kushner now has a whole new world of problems to deal with. Ring of Fire’s Farron Cousins discusses this.

Jared Kushner and his family, the companies, the real estate ventures that they own, have been subpoenaed by the IRS for documents relating to their investments, and their investors, and the loans that they have received. Now, this was originally reported by Bloomberg and unfortunately it was kind of short on specifics as to what exactly the IRS is trying to find in Jared Kushner, and his family, and his company’s history, but we do know that the subpoenas are asking for information all the way back from the year 2010, which means potentially for seven, eight years now, Kushner and his family, through their companies, have been involved in some unsavory dealings in terms of getting money, lending money, borrowing money, and what have you.

One thing the Bloomberg article did point out is that this investigation into Kushner has absolutely no connection whatsoever to the Robert Mueller special prosecutor’s investigation into the Trump Administration, which means, ladies and gentlemen, right now Jared Kushner is technically involved in two completely separate investigations into potential criminal conduct. You know, Jared Kushner, a guy who has a security clearance in spite of the fact that he hasn’t been officially given a security clearance or passed a background check, shouldn’t be in the White House whatsoever. I mean, all of the potential signs that are available show us that he should probably be headed to prison, or at least trying to find the best lawyers in this country to defend him, because that’s what he’s going to need.

When you’re involved in two separate investigations, one involving potential treason, the other involving potential fraud of some kind with your financial dealings, you’re probably not, as Trump would say, the best people. You know, Kushner, to his credit, has been very successful in life. Most of it, almost all of it actually, from his parents and from marrying into money, but there’s only so long that you can continue to skirt the law. There’s only so long you can do these shady things in public, or private, excuse me, before they become public. That’s what Jared Kushner is finding out.

We also learned this past week that he and Ivanka’s personal debt since they came to the White House has increased by $155 million. Something’s not right here. Something’s not adding up with the Kushner family finances, and that is exactly what the IRS is hoping to find out from this investigation, and hopefully, at the end of all this, whether it’s the Mueller investigation or the IRS investigation, we can get Jared Kushner and his potential threat to national security completely out of the White House.