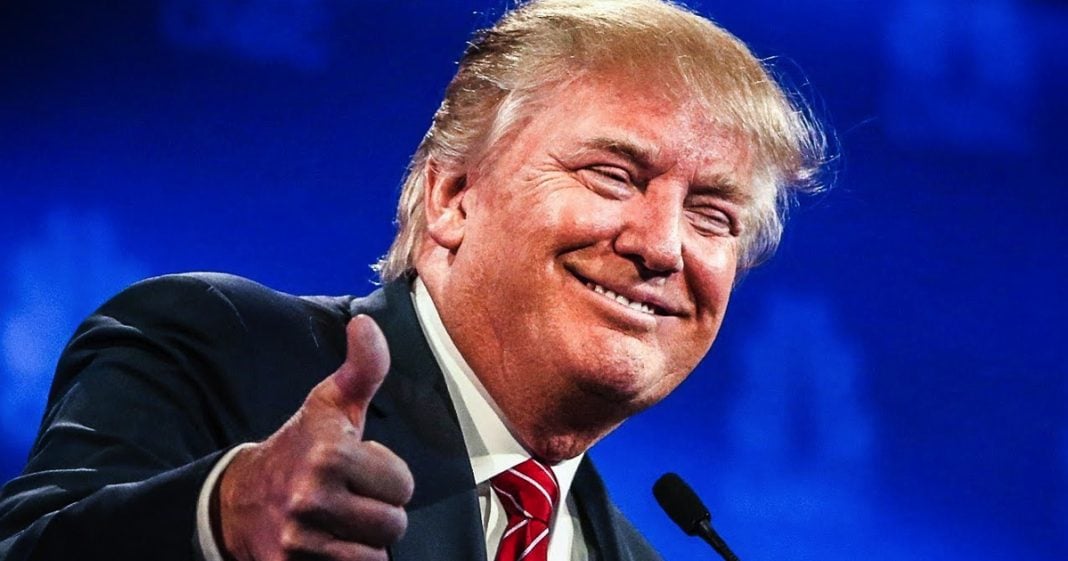 A new report by the Comparative National Elections Project at Ohio State University says that “fake news” shared by bots, Republicans, and even some Democrats may have helped propel Donald Trump into the White House. While the issue of fake news is very serious, it really has more to do with stupidity and gullibility on the part of the American public. Ring of Fire’s Farron Cousins discusses this.

According to a new study, Donald Trump likely, likely, won the White House because of fake news. Now according to a new report put together by researchers at Ohio State University, it’s likely that it was the fake news issue that got Donald Trump more support among American voters. Here’s the way they break it down. Between the fake news being shared by bots on Twitter and regular old real person, die hard, not so bright Republicans on social medias, and even just shoddy reporting by corporate controlled media, like MSNBC, CNN and, of course, obviously, Fox News. Those damaging stories made it more likely that Donald Trump supporters believed negative, untrue stories about Hillary Clinton and that is one of the reasons they flipped to Donald Trump.

Now what’s important to remember here is that this is not forgiving Hillary Clinton for running one of the worst campaigns in American history. She only talked about issues 25% of the time during her entire campaign. You can’t win on that. She thought she could convince American voters to vote for her by saying that she’s not Donald Trump. Well, it didn’t work. And Democrats today, unfortunately, are still trying to use those same talking points, “Vote for Democrats because we’re not this guy.” It’s not going to work. Hillary Clinton is not going to get a free pass for running such a horrible campaign.

But, having said that, we do have a very real fake news problem in the United States. And the biggest fake news problem is that we have too many stupid people, and that’s the most blunt, succinct way to put it, who believe fake news. We have a problem not just with fake news, but with American stupidity. And recently, the Trump administration decided that they were not going to participate in an international program that would help high school students differentiate between fake news and real reporting. Why? Because the Trump administration needs stupid people. Without stupid people, they don’t exist. They have zero support. So that’s why they want to keep us stupid. That’s why they want to keep the fake news flowing. They understand that that’s what got them into the White House and that is the only thing that’s going to keep them in there.