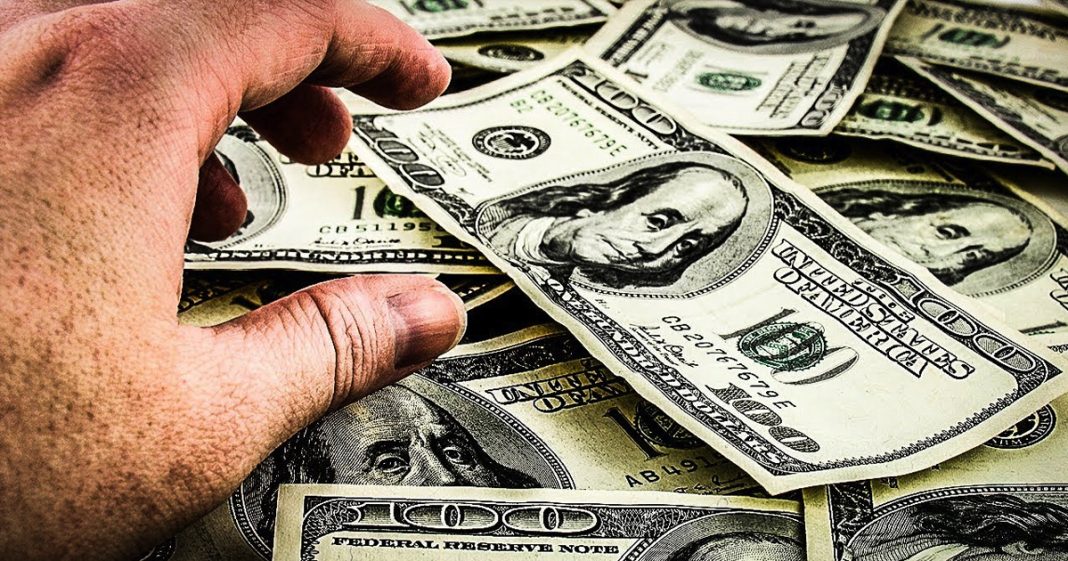 According to a recent survey of US businesses, the majority of the money that these companies are getting from the Republican tax cut package will never make it into the hands of their employees. Instead, the money will be used for stock buybacks, dividends, and other means to benefit shareholders. So yeah, Pelosi was right to say that workers are getting the “crumbs” of this tax cut, as Ring of Fire’s Farron Cousins explains.

Recently, Republicans in Washington as a way to, I guess, “own the libs,” decided to put together a piece of legislation called the Crumbs Act, and what that legislation would do make bonus income for Americans exempt from taxes.

Basically, they were mad about Nancy Pelosi saying that American citizens were getting crumbs off the GOP Tax Cuts so they thought, “You know what? We’re really going to stick it to you and we’re not going to tax these bonuses anymore!”

Well, that’s great. You should have done that in the first place, you morons! I don’t know if too many people understand this, not everybody in this country receives a bonus, but bonus income, in some states, most places in the United States is taxed at about 33 to 35%, which means that those $1000 bonuses the GOP had been touting that corporations were giving out, after taxes were actually about $678. Still a decent chunk of change for a lot of people, but as Nancy Pelosi correctly pointed out, it is crumbs.

And on the heels of the Crumbs Act, a new survey came out amongst American businesses where they really told us what they were going to do with this tax money they’re getting. And across the board, an average of 13% of that money is going to go to American workers. The remaining 87% is going to be used for things like stock buybacks, shareholder dividends, and other things that are only going to benefit the shareholders of that company and the 13% that’s going to the workers also includes the amount that corporations are going to spend on reinvesting into the company in other ways, possibly expanding, building new offices and what have you. So, not even all of the 13% is going into the pockets of these workers.

Yet, still, even though, and before the tax cuts came out, businesses already admitted that they weren’t going to give it to the workers, so even when businesses are still admitting, “Yeah, we’re not going to give this money to the workers,” Republicans are still out there trying to tell us that “Pelosi was wrong! Workers are getting raises! They’re getting bonuses left and right,” ignore the fact that they’re also laying off thousands upon thousands of workers, too. Don’t focus on that. Just focus on how much extra money you’re getting.

Well, guess what. Less than 2% of the working population of the United States has received any kind of raise or bonus since those tax cuts were enacted. And now that we know that corporations literally want to give us the crumbs, I think it’s safe to say that in this particular instance, Nancy Pelosi was correct. We are getting the crumbs off this tax cut, if we get anything at all.

Sure, there’s probably gonna be a couple corporations who give out big bonuses to people. But that’s gonna be the exception, not the norm. Most companies who’ve got these tax cuts are laying off workers and in order to get those bonuses or even qualify for a raise, you’ve got to meet this set of unattainable standards and that’s why so few people are actually getting them.

This isn’t about protecting workers or giving us a raise. This whole tax cut package was about repaying the corporate donors of the federal government.