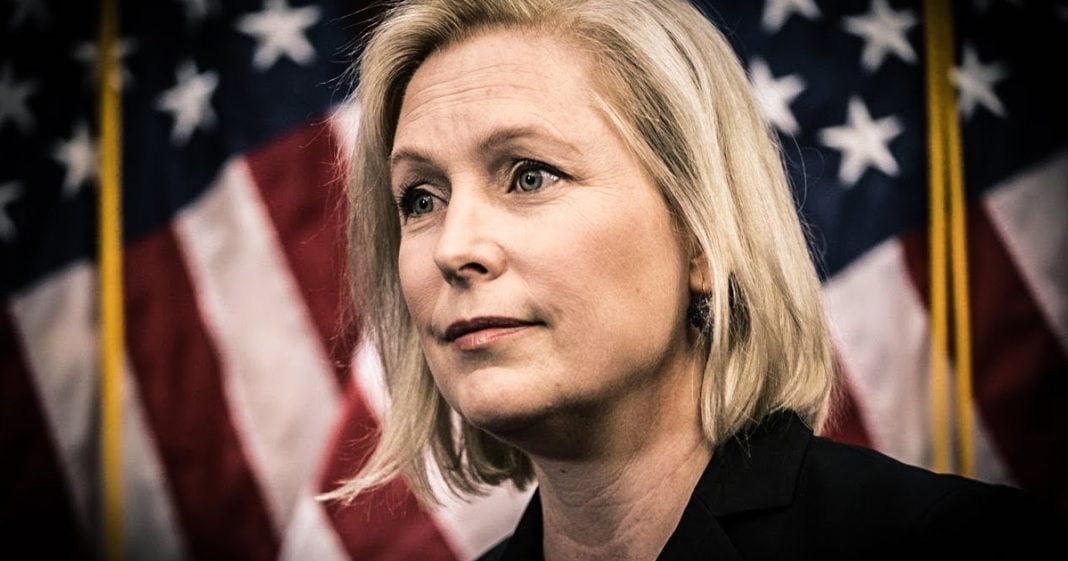 Senators Kirsten Gillibrand and Cory Booker have announced that they will no longer be taking corporate Super PAC money for their campaigns, a move that progressives have been wanting for years. Both Booker and Gillibrand’s names have been floated as possible 2020 nominees, so is this move a sign of genuine reformation, or is it a clever campaign tactic designed to attract progressives? Ring of Fire’s Farron Cousins discusses this.

We actually had a bit of positive news develop this week. Several Democrats, including Kirsten Gillibrand and Senator Cory Booker, have announced that they are no longer going to be accepting corporate political action campaign money to fund their political campaigns. No more corporate super packs, no more corporate packs of any kind, we’re going to rely, hopefully, on only donations from our constituents.

Now I say hopefully because just getting rid of pack money does not necessarily mean that you’re getting rid of all corporate money, not to mention the fact that both of these people, Booker and Gillibrand, have also already basically been sitting on a few million dollars worth of corporate campaign cash that they didn’t spend in their last election. So yes, there is still some corporate money there.

But you know what? At this point I’m going to give them the benefit of the doubt. I am going to hope that they’re doing this not because they have 2020 presidential aspirations, but because they understand the corrupting influence that money has in politics, and that the majority of people in this country, especially progressives, wanted this to happen. Because that’s the real story here, it’s not just that they finally did it, it’s that progressives pushed them, and pushed them, and pushed them, to the point where they realized that they had to.

If they want to have any kind of political future in this country you have to get rid of the corporate money. I guarantee you in coming weeks we’re going to see more and more democrats follow suit here. They’re going to come on board, say, “We’re not going to take corporate cash,” at least corporate pack money, but it has to go further. This is a great first step but if you accept any kind of corporate cash, because you can still have corporate fundraisers, they could still donate $27,000 to your campaign, person, by person, by person. So yes, it’s a good first step but it is only a first step.

There’s a lot more yardage, I guess, to go on this issue. So far, again, going to give them the benefit of the doubt, and I’m going to say kudos to Cory Booker, Kirsten Gillibrand, for taking that big step of saying, “We’re not going to take corporate pack money any more.”