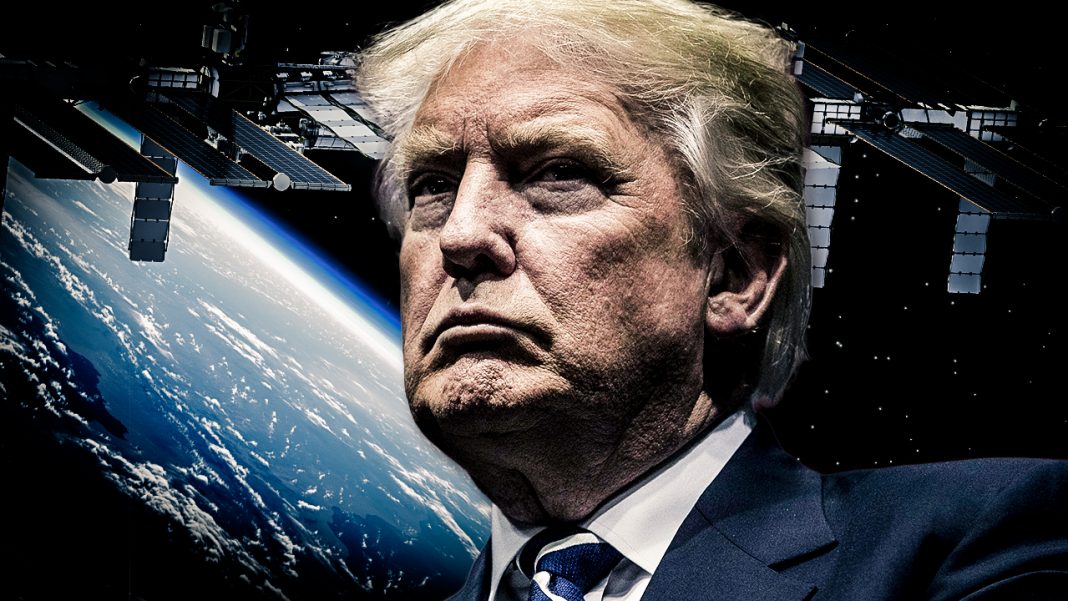 The Trump Administration has released their new budget, and buried deep inside of the paperwork is a piece of text that explains their plans for the International Space Station – they will continue funding it for a while, but they want to begin the process of handing control of it over to private companies. In short, they want to start privatizing outer space. Not only is this an assault on taxpayers, but it is an outright attack on science, as Ring of Fire’s Farron Cousins explains.

The Trump budget plan for 2019 was released this week, and buried deep in that massive budget plan was a request for $150 million, which is United States’ portion of the funding for the International Space Station. But a little below that, after we allocated that $150 million, is a note that says we’re going to begin the process of handing it over to private corporations. The Trump administration, in their budget, is telling us that they want to privatize the International Space Station, pull the government out of it, and hand it over to corporations to make some kind of profit from it.

There are several issues with that, so let’s just start at the very beginning. First and foremost, Republicans want to privatize everything. They’ve wanted to privatize Social Security. They want to privatize our roads, our bridges, our schools, colleges, every single thing they can get their hands on. Now, they’re so hungry for privatization that they’re literally starting to privatize pieces of outer space.

Second of all, and this is the more important one. This is the one that nobody else is talking about for some reason. The International Space State is a research operation. It is for scientific advancement, to increase our knowledge of the cosmos, to see how things react in zero gravity environments. It’s for science, so this privatization plan is not just an extension of all the other privatizations. It’s also an extension of the Republican Party’s assault on science in the United States. Now their attack on science has reached beyond our atmosphere.

Private corporations don’t care about these scientific advancements. They have nothing to gain from that. If anything, rather than privatizing the International Space Station, we should be nationalizing companies like Space X. No private citizen, no private company should unilaterally own the rights to be going to and from outer space. Seems like that’s the kind of thing that you probably want the government to be involved in at least a little bit. Yet, Donald Trump wants to go the opposite direction. He wants to hand control of this International Space Station, and I say international because we’re not the only ones who own it, you idiots. He wants to hand it over to private companies. Space X, Virgin Galactic, whoever wants to thrown in their money, come get a piece of your International Space Station because to hell with scientific research when there’s a buck or two to be made by a corporation because that is exactly where we’re headed with this.