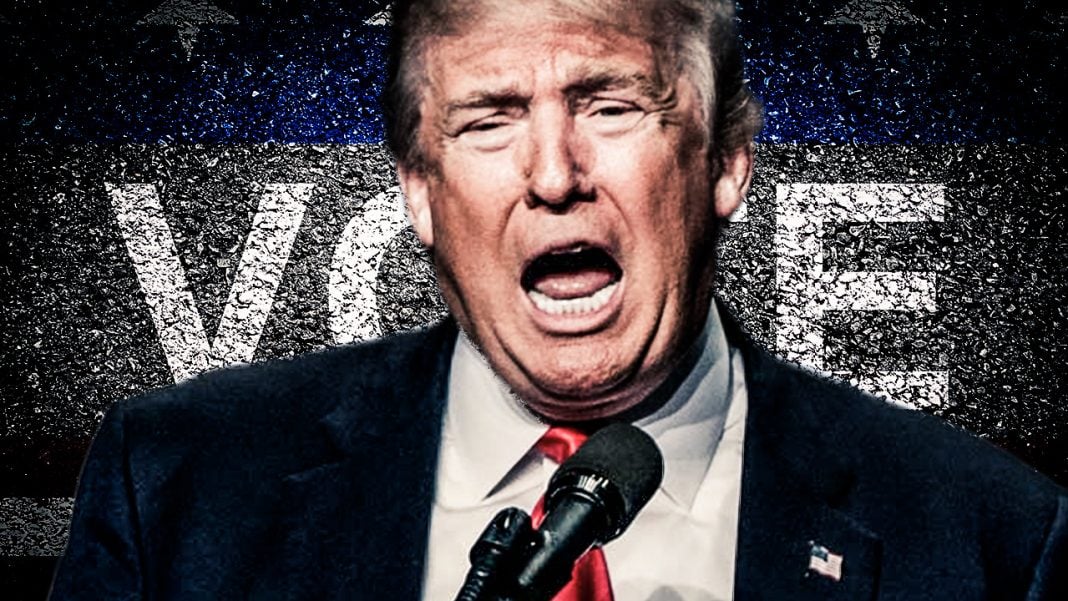 According to a new report by Axios, White House insiders say that Trump is planning to use “cultural flashpoints” to help Republicans maintain control of the House and Senate in this year’s midterm elections. He believes that spotlighting events like NFL players protesting police brutality will be enough to keep Republicans in power. Ring of Fire’s Farron Cousins explains why Trump’s presence alone is what will cost Republicans dearly this year.

Polls are increasingly showing that Republicans are in for a very bad midterm season in 2018. The latest generic ballots that pick generic Democrat versus generic Republican have generic Democrat up by double digits at this point. Granted, we have a long way to go before those elections, but it’s still looking very bad for Republicans. Donald Trump, being the ever genius campaigner that he is, has come up with a plan. According to Axios, White House insiders are saying that Donald Trump’s plan to help Republicans this midterm season is to latch onto cultural flash points, and highlight them in speeches, and on Twitter. Basically what they said is he wants to take things like the NFL players protesting police brutality, which he reframed as NFL players protesting the national anthem, and then use that to gen up a lot of Republican support for candidates so then they’ll go to the polls.

Donald Trump’s plan is to misconstrue culture issues, paint them as a literal black people versus white people issue. Because, he understands that that’s going to drive all those racist Republicans to the polls and maybe, just maybe, if he does that, Republicans can come out ahead in 2018. It’s not just because he wants Republicans to win, because he thinks that’ll help his agenda, no. He wants Republicans to win because he understands what he’s up against if they don’t. If they lose control of the House and the Senate, Donald Trump will not finish his first term in office. I think that’s pretty much a given at this point. We’ve already seen several Democrats, a little prematurely if you ask me, but several Democrats have already tried to introduce articles of impeachment against the president, and that was before we really had a whole hell of a lot of information on any of the crimes he committed.

Well, once these investigations conclude, if we’ve got solid evidence there and the Democrats win the House and Senate, I would say that Donald Trump’s days are numbered. He understands that as well. He would rather go out there, divide the country by race, divide us on cultural issues, just to save his own ass. This has nothing to do with wanting his fellow Republicans to win, this is all about self-preservation and the further division of the United States of America. Because the only way Trump knows how to win is to pit one group against the other based on false pretenses. That is exactly what his plan is for 2018.