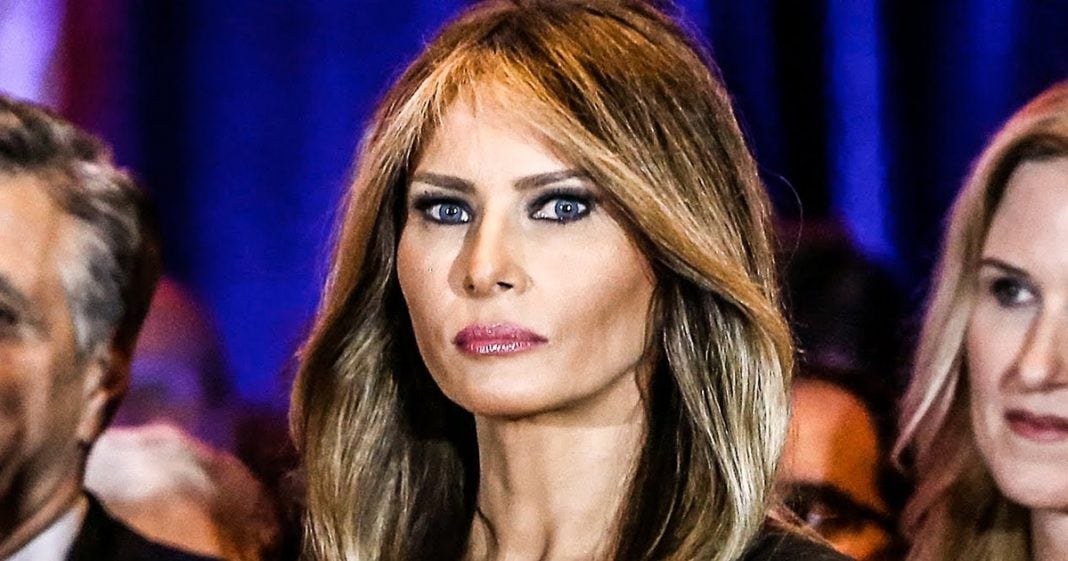 The White House is refusing to discuss with reporters the immigration status of Melania Trump’s parents. The couple is living in the United States, but their immigration status to this country has not yet been made public, raising questions about the legality of their stay. The real problem is the hypocrisy of the Trump administration on this issue, as families are literally being torn apart because of Trump’s immigration crackdown, but his own wife’s family might be breaking the rules, as well. Ring of Fire’s Farron Cousins discusses this.

To an extent, I understand this. I understand it’s probably none of our business as American citizens. We don’t need to know. But at the same time, we kind of need to know. Again, Donald Trump has built his entire presidency on hating immigrants. Yet now we’re seeing that his companies are hiring nothing but immigrants. We see that his wife, who’s obviously an immigrant, the daughter of immigrants, and they won’t tell us how these people are in the country?

When you’re literally ripping families apart while they’re on their way to school because you hate immigrants so much, don’t you think that at this point we have a right to know? You’re tearing families apart. You’re taking parents away from children because you hate immigrants so much, and you won’t even allow us to know how and why Melania Trump’s parents are in this country. If you ask me, something smells a little fishy there. When that happens, it’s usually because they’re trying to hide something.