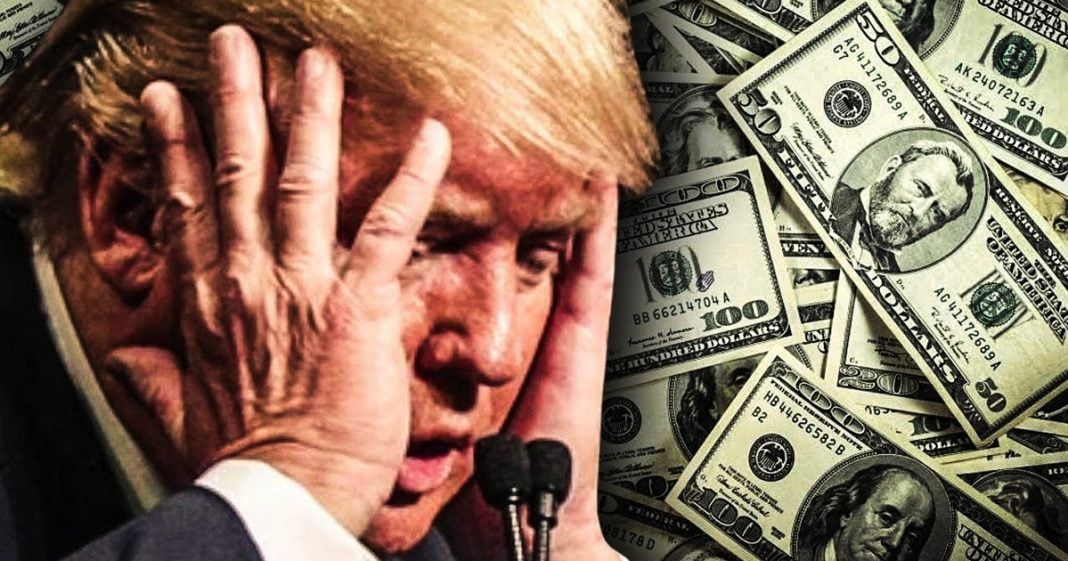 The Heritage Foundation – one of the most influential conservative think tanks in the country – has fired back at Donald Trump’s budget in an op-ed featured in The Hill. The group believes that the budget is wasteful and over-bloated, which is true, but the real problem lies in how heartless and damaging the budget will be for average Americans. Ring of Fire’s Farron Cousins discusses this.

This week, Donald Trump’s administration unveiled his horrific budget for the year 2019. Of course, obviously Democrats were upset about the fact that not only does this budget cut vital social programs here in the United States but that it also is going to balloon the deficit by well over $1 trillion. Well, as the week progressed, it turns out it wasn’t just Democrats who are upset with the President over this horrible budget, Republican groups decided to speak out as well.

One of the first groups was the House Freedom Caucus, which is basically the Tea Party members of the House of Representatives, who are upset about the fact that Donald Trump and the rest of the Republican Party suddenly don’t care about deficits. But more important than that little Freedom Caucus is the fact that The Heritage Foundation decided to post an op-ed on thehill.com where they talked about how horrible this Republican budget truly is from a fiscal, purely fiscal, perspective.

Now, The Heritage Foundation is obviously one of the most powerful and influential Republican think tanks in the United States, and even they are not on board with the President’s budget. But in their little op-ed, they decided to say that both parties are to blame even though Republicans control the House and the Senate and the White House and the Supreme Courts and the majority of state legislators, blah, blah, blah. But regardless, The Heritage Foundation is unhappy and they think that both parties share equal portions of the blame.

Now, I understand why they’re unhappy. I just don’t agree with their reason for being unhappy. Yeah, it’s bad that it balloons the deficit, I get that, but that is also something that can be addressed with future administrations. What can’t be addressed, what can’t be fixed, are the cuts that President Trump wants to make to social programs such as Social Security, Medicaid, Medicare, funding for the arts, cutting PBS and NPR’s funding 100%. Those are things that are going to devastate people, cutting away their health insurance, taking away those Obamacare subsidies like this budget wants to do. People could die as a result of not having health insurance. We’ve seen people in the last week die even though they had health insurance but they still couldn’t afford their medications. That’s what we’re looking at here with this budget.

And another part of the budget, they want to send boxes of food to food stamp recipients rather than giving them money because they don’t even trust them. That Republican talking point of these people on food stamps buying lobster tails and champagne has apparently penetrated the Republican Party’s budget, and now they want to spend them a monthly ration of canned goods because they don’t trust them enough to use that money to buy food.

This is a heartless budget. It’s not just awful, and it certainly isn’t just awful for the reasons that The Heritage Foundation pointed out in their little op-ed. Nobody’s buying their nonsense. This group pushed for tax cuts, they pushed for increases in military spending, then suddenly when they get everything they want and realize that, yeah, it’s going to destroy the economy, then suddenly they’re anti-budget. They want everything that is in this Republican budget. Their little op-ed is just a publicity stunt so that when the economy crashes, they have a little bit of clearance to say “Hey, told you so.”