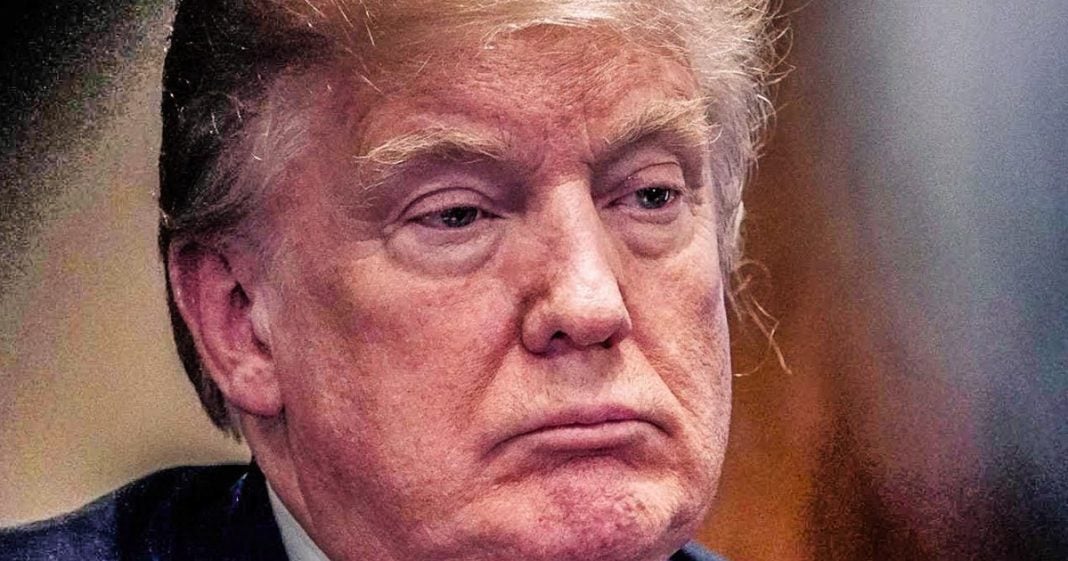 When the Ebola scare happened, Donald Trump took to Twitter to promptly blame President Obama for the alleged “outbreak.” But on his watch, roughly 4,000 American citizens are dying every single week from the flu, and he’s been almost completely silent about this public health crisis. He is incapable of leading, and with no one else to blame, he refuses to speak. Ring of Fire’s Farron Cousins discusses this.

In October of 2014, when the Ebola outbreak was happening worldwide, and I believe 11 people in the United States contracted it, and two died. In October 2014, Donald Trump tweeted out more than 50 times in that month that this whole thing was a massive failure by the Obama administration, and we should all be blaming President Obama for Ebola.

Well, here’s the thing. Now Donald Trump is president, Ebola might not be the greatest threat to American citizens, but you know what’s one of the biggest threats right now? The flu. 4,000 American citizens are dying every single week from complications due to catching the flu. Some of them are dying because they simply can’t afford to go to the doctor and get flu medicine. Some of them are dying because they don’t have any health insurance at all, and couldn’t go to the doctor even if they had it.

And Donald Trump has been completely silent about this massive public health crisis that the United States is currently facing. 4,000 people a week, that is more people than die every week from certain forms of cancer. And yet Donald Trump isn’t even talking about it, he is pretending that it doesn’t exist, yet he blamed Obama for Ebola, and two people died.

This is a public health crisis, and once again it shows that Donald Trump is not prepared to be a real leader for the United States, certainly not the leader that we need. We need somebody who looks at these numbers, says that 4,000 of my countrymen are dying every week because of a virus, shouldn’t we be doing something? Shouldn’t the CDC be doing something? Shouldn’t we be making the medicine more readily available? Shouldn’t I be talking with pharmaceutical companies about ramping up production and lowering costs?

I don’t know, maybe let the government come in, understand that it’s a public health crisis, and say “All right, you’re going to lower the cost of this medication, and in return we’re going to give you $10 billion.” You know what, that’s a lot of money from the federal government, but if it helps save 4,000 people a week who couldn’t afford medicine, or for whatever reason they’re dying, I think that would be worth it. I think that would be an expense that I’m okay with the government making, even if it goes to the greedy pharma corporations. They’re the ones who hold the keys to preventing tragedies like this.

The government is sitting there, not understanding how to react, because Donald Trump is too stupid to be a true leader, and we’re left with 4,000 new graves, new coffins every single week just from the flu.

The fault of this, the failure of the government to act on it, lies on the feet of Donald Trump, and that is why he’s being completely silent about it. He can’t blame Obama for this one, he can’t blame Hillary Clinton’s emails, he can’t say that somebody else screwed up. He knows that he’s the one who did it, and that’s why he’s not saying a word.