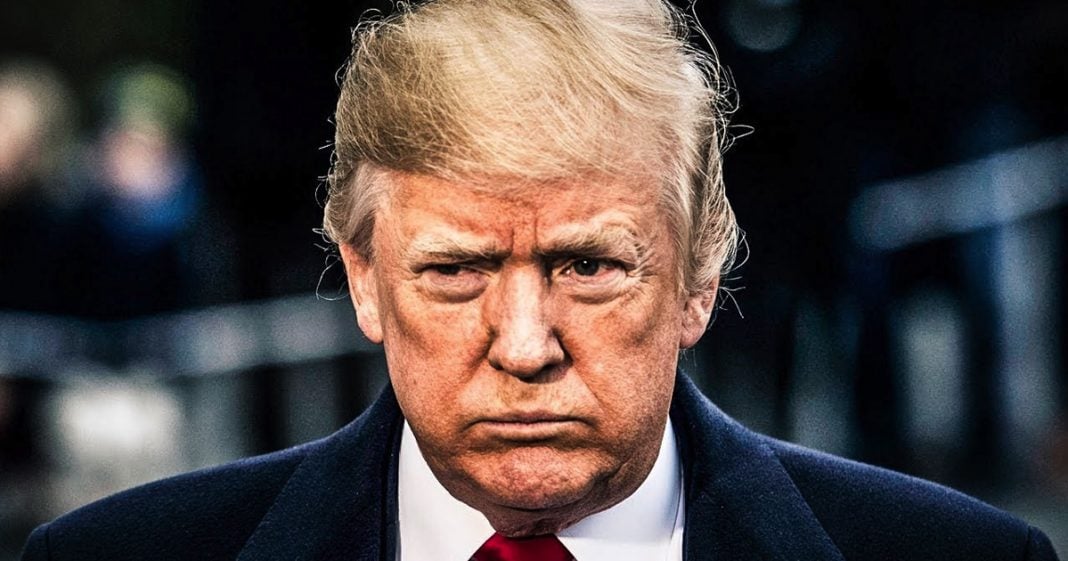 According to new reports, Donald Trump asked White House counsel Don McGahn to do what he could to “persuade” former FBI director James Comey to publicly exonerate him. This story helps build the case of obstruction of justice against the President and possible others inside the White House, as Ring of Fire’s Farron Cousins explains.

For Donald Trump things are getting pretty bad with ongoing obstruction of justice investigation against him. Recently the Washington Post reported that Trump himself asked White House counsel, Don McGahn, to reach out to folks over at the FBI and try to convince James Comey, who was then the FBI director, to come out publicly and exonerate Trump from any wrongdoing in the Russia investigation.

Being a good little stooge, Don McGahn complied. Don McGahn, according to the report, then called acting deputy attorney general, Dana Boente, who is now actually the general counsel for the whole FBI. He asked her, “Would you please go ahead and ask Comey to come forward publicly and say Donald Trump didn’t do anything wrong and he’s not even involved in the investigation?” Boente said, “Yeah, that’s not going to happen.” That’s where the chain ended.

We do know that it was after all of this that Donald Trump pulled James Comey in personally, asked for his loyalty and asked him to make the investigation go away.

This story with Trump asking McGahn to ask Boente to ask Comey to exonerate him, that only further proves obstruction and that Donald Trump tried many different avenues to get this investigation to go away or to get James Comey to come out publicly and say something that he knows to be untrue, and that is that Donald Trump did nothing wrong.

At that point, and still technically at this point, we do not have concrete evidence publicly available, I should say, that Donald Trump did something wrong. James Comey wasn’t about to throw his entire reputation on the line by coming out and saying that. He’d already pretty much destroyed his reputation that previous October. But nonetheless, the obstruction case against Donald Trump is getting pretty thick.

The more these stories come out the more we’re going to find out that Donald Trump tried many different ways through as many different people as possible to make this investigation go away. Does that sound like the action of an innocent man? Do those sound like the things that a guy who has nothing to hide would try to do? No.

That’s the other problem. Not just the illegality of obstruction justice, but the public perception of what Donald Trump has done. I know there’s plenty of Trump die hards out there who don’t care one bit about these stories and will deny till the day they die that Donald Trump ever did anything wrong. To the average independent out there, the person who doesn’t stand with one party or the other, they see these stories and they understand that, you know what, for a guy that claims he did nothing wrong, Donald Trump sure reeks of pure guilt.