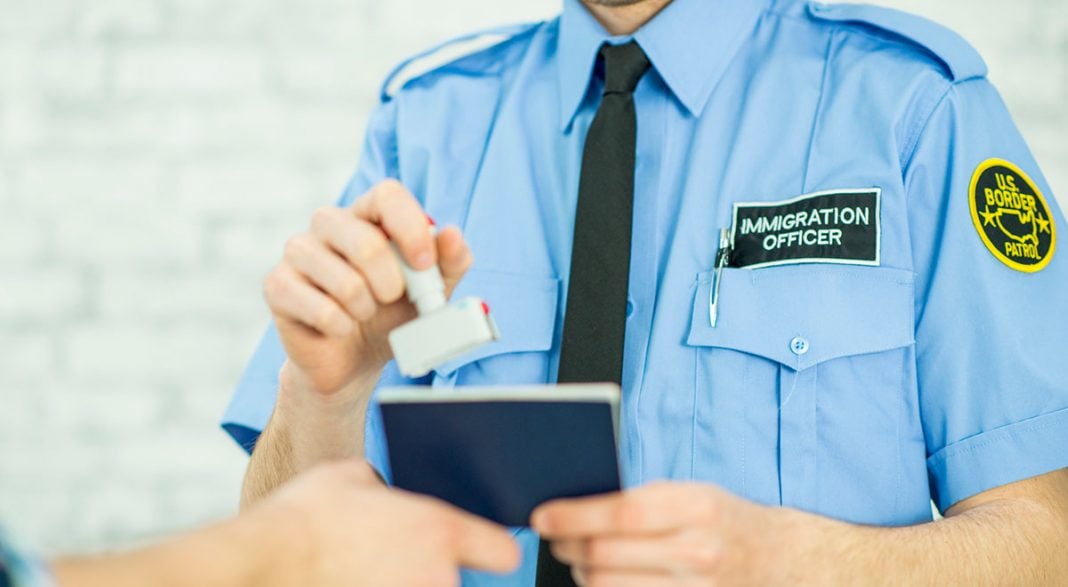 Last October, Trump and his henchman Sessions started pulling out the stops in their campaign to rid the country of those pesky immigrants. After starting in on eliminating court review for immigrants and coming up with new ways to pad the pockets of their cronies in the private prison industry, they began attacking the lawyers who represent and protect the interests of immigrants. How ironic that the head counsel for Immigration and Customs Enforcement in Seattle, Washington has been charged with stealing the identities of immigrants.

The story was first reported earlier this week by KOMO News, a local ABC affiliate. According to the report, attorney Raphael Sanchez, a top official with ICE’s Seattle bureau, has been charged with aggravated identity theft and wire fraud in connection with a scheme to defraud a number of credit card companies.

Over a four-year period, Sanchez allegedly stole the identities of seven individuals who were “in various stages of immigration proceedings” in order to further his criminal objective. In one example, Sanchez sent himself an email via his government account that included the scans of a green card, a passport and a utility bill for a permanent resident from China who lives in one of Seattle’s Asian neighborhoods. Property records for King County show that Sanchez is the owner of the property where the resident in question resided.

Sanctuary cities on the West Coast have been “ground zero” for Trump’s anti-immigrant agenda. Last September, as part of Trump’s “Operation Safe City,” ICE agents reportedly rounded up dozens of allegedly illegal immigrants in Portland and Seattle, where local officials have refused to cooperate with federal agents. In Portland, ICE agents boasted of arresting 33 illegal aliens. It later turned out that the actual number was 4.

In 2015, Sanchez negotiated a major settlement with Broetje Orchards near Yakima, Washington over its failure to verify employment eligibility for over 900 immigrant farm workers. This week, he resigned in disgrace. A colleague, Chelan Critcher, praised Sanchez’s record and was shocked at the allegations. “He has been a great chief counsel…everyone that’s worked with him can’t believe it,” she told KOMO News.

Neither Sanchez nor his counsel, Cassandra Stamm, have responded to media requests for comment. There are indications that Sanchez has waived indictment by a grand jury and plans to offer a plea bargain. Stamm has said she will make a statement after his hearing later today.

While it would be tempting to present this case as yet one more example of the extreme corruption that defines Trump’s Administration, the fact is that Sanchez had been working his scheme since 2013 – three years before Trump wormed his way into the White House. It nonetheless reflects badly on Trump – and further tarnishes the image and credibility of an Administration that has long surpassed those of Warren Harding and George W. Bush as the worst in U.S. history.