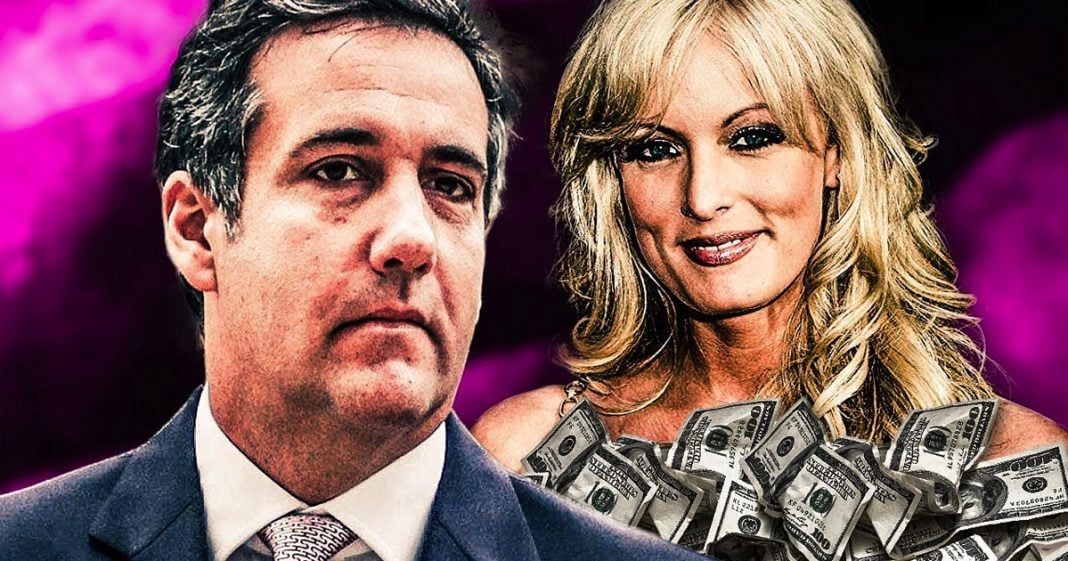 Michael Cohen, Donald Trump’s personal attorney, admitted this week that he was the one who paid the $130,000 in hush money to adult film star Stormy Daniels and the money came from Cohen’s own pockets. But that admission only creates more problems for the Trump administration, as that hush money is likely illegal. Ring of Fire’s Farron Cousins explains.

On Tuesday, Donald Trump’s personal lawyer, Michael Cohen, admitted that it was he, Cohen himself, who paid the $130,000 in hush money to adult film actress Stormy Daniels, aka Stephanie Clifford. Now, according to Cohen, this money came out of his own pocket. This was not any money that was given to him by Donald Trump, if was not sanctioned by the campaign, it was just Cohen deciding to be proactive, create these shell companies to funnel the money through, and then he gave that to Stephanie Clifford in order to keep her silent about her alleged affair with Donald Trump.

This is still illegal. I know Cohen likes to say that no, this was not in any way sanctioned by the campaign, it was none of that. Well guess what? It’s still considered an in kind contribution the Donald Trump campaign, which exceed the limits, was not reported, and therefore is a violation of FEC rules. Michael Cohen, if this story is true and he’s not trying to cover up for Donald Trump, and to be honest, even if he is trying to cover up for Donald Trump, the FEC needs to begin an investigation into this immediately.

Michael Cohen, if he is the one who made this payment, still broke the law. If it was sanctioned by the Trump campaign, then a lot more people broke the law. And here’s how we know this, first and foremost this is basically what took down John Edwards when he paid hush money to his mistress, but his campaign was able to successfully argue that they would have made the payment even if John Edwards was not running for office.

That same argument cannot be made to Donald Trump, because this was already public knowledge and had been published many, many years ago. The only reason this money was paid was to keep Stormy Daniels from coming public with it before the 2016 election.

This payment was illegal. It doesn’t matter if Michael Cohen paid it out of his own pocket, or if members of the Trump campaign pitched in money, or if he got his friends to give money, it’s still illegal. Michael Cohen needs to be investigated, as does the rest of the Trump campaign, to see who knew about this, because given the fact that shell companies were set up in order to funnel the money through there, there is no way that Cohen acted by himself without the knowledge of anyone else. This takes at least a few different people to get all of these channels and avenues set up.

And so Cohen, I’m sure, is probably covering up for somebody, maybe somebody in the Trump campaign, maybe just some of his buddies. But the bottom line is that an investigation needs to happen, and it needs to happen immediately, because what Cohen has done here, by definition, is clearly illegal.