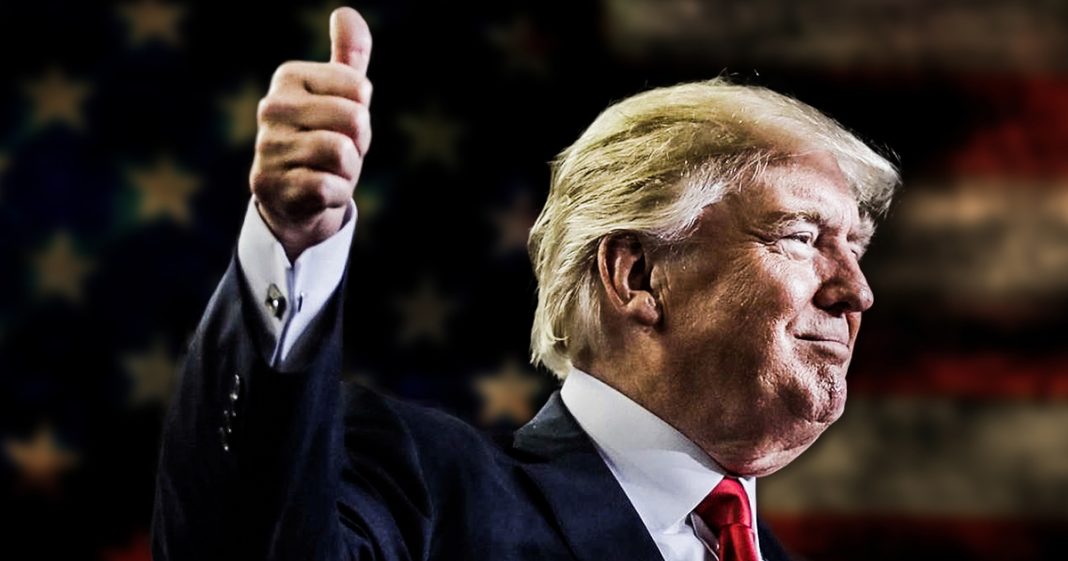 Reporters recently asked the President if he had a message for domestic violence victims, to which the President did not have an answer. Instead, he thanked the reporters for their time and sent them out of the room. Donald Trump has continued to refuse to speak out for domestic violence victims, even as two of his staffers have had to resign over abuse allegations in the last week. Ring of Fire’s Farron Cousins discusses this.

Over the weekend, rather than saying that domestic abuse is wrong, that women should be protected, and if you’re in this situation come forward, we support you, instead Donald Trump tweeted out the following. “People’s lives are being shattered and destroyed by a mere allegation. Some are true, and some are false. Some are old, and some are new. There is no recovery for someone falsely accused. Life and career are gone. Is there no such thing any longer as due process?”

On Tuesday, Donald Trump was given the opportunity by reporters to publicly denounce people who abuse their spouse, and he failed to do it. You can check the link in the description of this video and watch the short, little clip, because he was asked point-blank, “Donald Trump, do you have a message for domestic abuse survivors?” He said, “Thank you,” and motioned the reporters out of the room. That’s how that went.

Donald Trump has decided to take the side of people who beat their spouses, accuse the women of lying by saying that these allegations are false, even though we have the evidence, even though the FBI looked into it and said, “Yeah, Rob Porter is a pretty disgusting guy. We’re not going to give him a security clearance because of what we know about his past,” and Donald Trump still won’t even admit … Not even that he won’t admit. Let’s get that out of the way. It doesn’t matter if he admits it or not. He still refuses to even come out and say that people who beat their wives are assholes, or that they’re bad people, or that you shouldn’t do it. He won’t even go that far.

You know why? Because he’s just like them. “People’s lives are being ruined by a mere allegation,” he tells us. I don’t know that he was actually talking about Rob Porter there. I think he was doing a veiled attack on the 19 plus women who have accused him of sexual assault and sexual harassment, and the women who are currently suing him over this. I think he’s trying to make people think that those claims are false, and that somehow they’re ruining his life.

Meanwhile, women’s lives all over this country, rich, poor, famous, not famous, are being destroyed by piggish men like Donald Trump, like Rob Porter, because nobody ever wants to believe the women. That’s the overlying problem. Nobody wants to give the women the benefit of the doubt. It’s always on the dude. “Yeah, we’ve got all these pictures saying that you beat the shit out of your wife. Yeah, there’s a restraining order that was filed against you. Yeah, the FBI said that this has credibility to it, and they’re not going to give you a security clearance, but I’m still going to go with you, man. I know you. I’ve known you for a long time.”

That’s what the White House said. They said, “I’ve known him for a long time. He’s a good guy,” and all this evidence over here means nothing to them,” because every one of them, Trump included and Trump at the top, are the exact same kind of person who would do this or have done this, and completely gotten away with it.