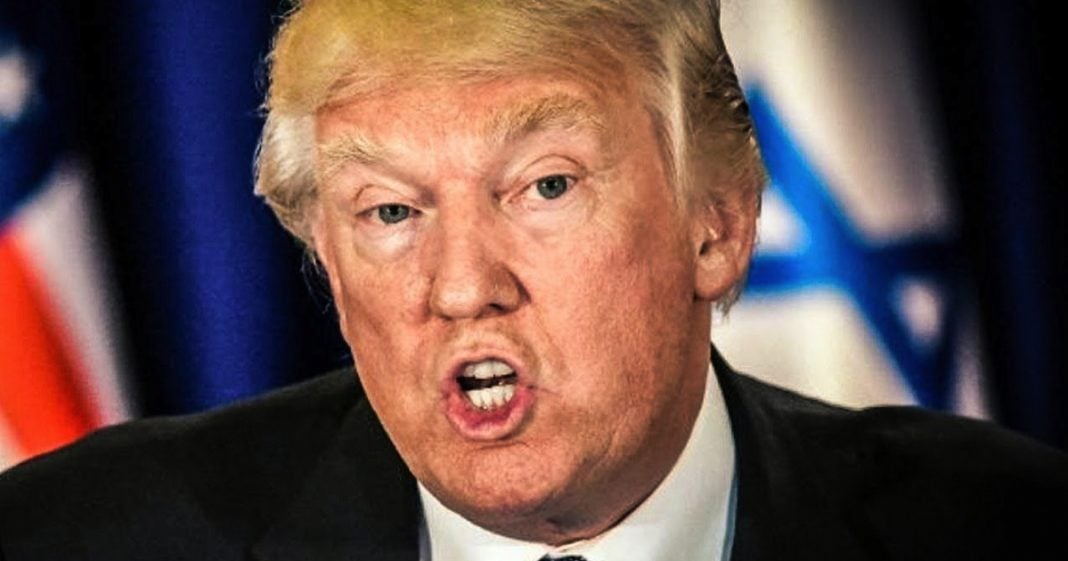 Donald Trump’s 2019 budget is officially out, and the cuts could not be worse. In order to pay for his massive tax cuts and his proposed infrastructure plan, the President wants to cut programs like food stamps, Social Security, Medicaid, Medicare, student loan debt forgiveness, and a host of other vital programs. They are robbing from the poor to give to the rich, as Ring of Fire’s Farron Cousins explains.

On Monday, Donald Trump’s budget for the year 2019 was revealed and it’s just as horrible as everybody would have imagined it would have been. Now, first and foremost, to give the President a little bit of credit he actually did something good with his budget, a very small piece of it, and that is the increase in infrastructure spending here for the United States. Contrary to what’s been reported, it is not in fact going to be 1.4 or 1.5 trillion dollars, it’s more like 200 billion dollars. Nonetheless, great start, something desperately needed through this country.

Unfortunately for the President, for every decent thing he does, which honestly I believe this is the first decent thing the man’s ever done, there’s a million horrible things to go along with it. Because you see, rather than increasing taxes on the wealthy to pay for this infrastructure plan, he has decided that we’re going to cut social safety net programs in the United States so that we can 1) pay for the infrastructure, and 2) we somehow have to pay for that massive tax cut that we just gave corporations and billionaires. So, I’m sorry poor people, I’m sorry people on public assistance, I’m cutting your benefits because we have to give rich people money and I’ve got to do something about this infrastructure, ’cause I’ve been promising it for two years and I’m hoping maybe we’ll actually spend 200 billion on it.

I have no problem whatsoever with the government spending that kind of money on infrastructure, they should be spending more. I do have a problem, however, with them taking it from the people in this country that need it the most, while the people who have everything are getting more money back. If you want to pay for that infrastructure plan, take it out of that tax cut money. Say, “Look, I’m sorry, I glad you had a good two months of tax cuts, but we need to fix our roads and our bridges and our water systems and everything else in this country, because people are dying from it. I don’t care if you get a tax break, I don’t care if you pay more in taxes, we’re going to fix this problem and it’s coming out of your money, because you have benefited the most from this system. That’s how it works.”

Instead, here’s what the President is cutting out of his budget, 266 billion dollars in cuts to Medicare over the next 10 years. 213 billion dollars cut out of the snap food stamp program. 72 billion cut to disability programs. 72 billion cut to social security and a 1.1 trillion cut to Medicare, or excuse me, Medicaid, over the next 10 years. It also ends the Student Loan Debt Forgiveness Program, which is going to obviously disproportionately affect the younger generations of Americans struggling to pay for college. Those are the things that are being cut so that we can give the wealthy a tax break.

Paul Ryan was on Fox News last night and this morning defending this “entitlement cuts,” as he calls them. Well guess what jackasses? Social security is an entitlement, you know why? Because most of us in this country have been paying into that program since the first time we ever started working. Same thing with Medicaid and Medicare, we pay for that out of every single pay check. How dare you cut that from these people? They paid into it, it’s basically a savings account. They are entitled to that money, because it’s their money. So don’t go on the media and tell us that, “Well we’ve got to cut these ’cause we’ve got to reign in this debt, we’ve got to pay for this infrastructure plan,” that I promise you isn’t going to happen anyway. It’s smoke and mirrors, because you know what at the same time, when he’s proposed this massive infrastructure cut, do you know what he’s doing? He also got funding for the Department of Energy, the Department of Transportation, the two departments that are actually really in charge of infrastructure. It’s not going to happen.

What is going to happen is that the needy in this country are going to have their food stamp benefits cut in half. Even more children are going to go hungry. Families are going to struggle to find food for days at a time. The elderly are going to lose social security benefits, they’re going to lose Medicare benefits. Medicaid coverage is going to fall to the point where children cannot go get vaccinations. They can’t go to the doctor when they’re sick. We’re going to see more deaths among American citizens because of these cuts and it’s all 100% because Donald Trump, Paul Ryan, Mitch McConnell and every Republican in Washington D.C., they don’t care if we die, because they want to give more money to millionaires and billionaires. That’s the bottom line. That is what 100% of this is all about.