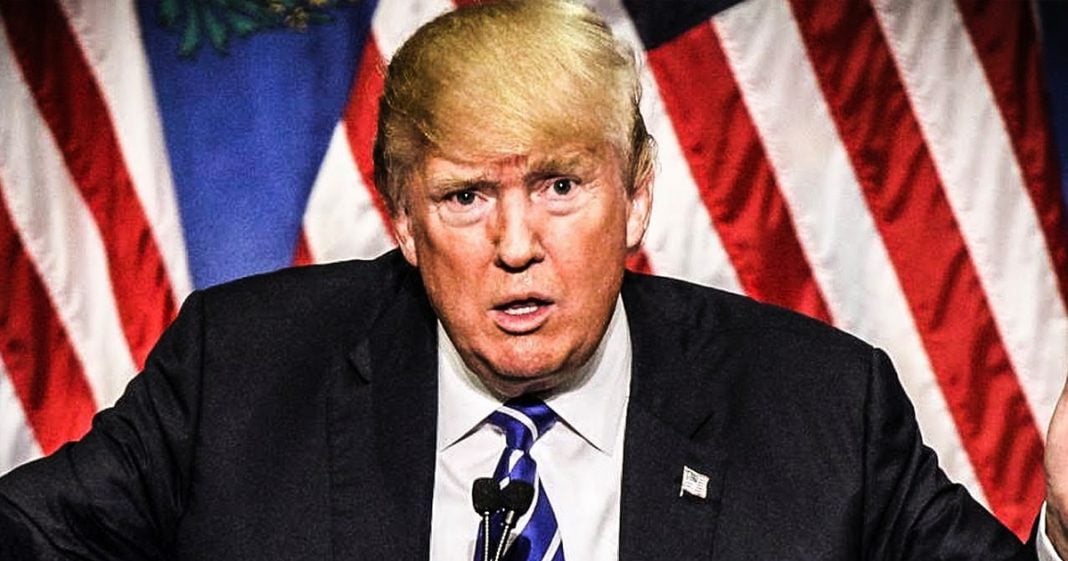 According to new reports, Donald Trump is outright refusing to read his daily intelligence briefings on most days. His aides say that this is hampering his ability to respond to crises, should they arise, and we’ve seen what can happen to this country when a president ignores his daily intelligence briefings. Ring of Fire’s Farron Cousins discusses this.

According to a recent reporting in the Washington Post, Donald Trump still refuses to be an active participant in his daily intelligence briefings. The report says that Donald Trump has decided he longer even wants to read the pretty charts and graphs and very short text that now compose, or comprise his daily intelligence briefings. And instead, prefers for his staffers to give him a brief oral report on what is contained, usually in that one page memo.

Now, here’s the problem, when Donald Trump first came into office he told reporters that he wanted bullet points, he wanted it short, and he wanted it to be something he could read through and be done with it, and move on with his day. Now, that was then changed into Donald Trump wants charts and graphs, so they started putting more of those in there to make it a little prettier, a little easier for the president to digest. And now we find out that Donald Trump can’t even be bothered to get that one page chart, to find out what’s happening all over the planet.

His aides are worried because they say that this severely hampers his ability to respond to crises should they develop, because he’s only getting part of the story if he’s not reading it for himself. If you just have somebody like John Kelly sitting there telling you the important parts, or the parts that he thinks are important, you’re not getting the full story.

Now, we’ve seen what happens as a country when a president ignores his daily intelligence briefings, and that was George W. Bush in August of 2001, where he ignored that briefing about Bin Laden being determined to strike in the United States. A month later we had the September 11th attacks.

Donald Trump could face a similar situation, because this moron can’t be bothered, I guess you can’t pull him out of his executive time long enough, to read a single piece of paper. Donald Trump doesn’t want this job, Donald Trump wants all the power and prestige that comes with the position of being president of the United States, but he doesn’t want to actually put in any kind of effort whatsoever to be an effective leader for the United States. And that’s what we need, that’s just one of the many reasons why this man is so dangerous for this country, because Bush ignored a couple of daily intelligence briefings, Donald Trump is apparently ignoring every single one of them.