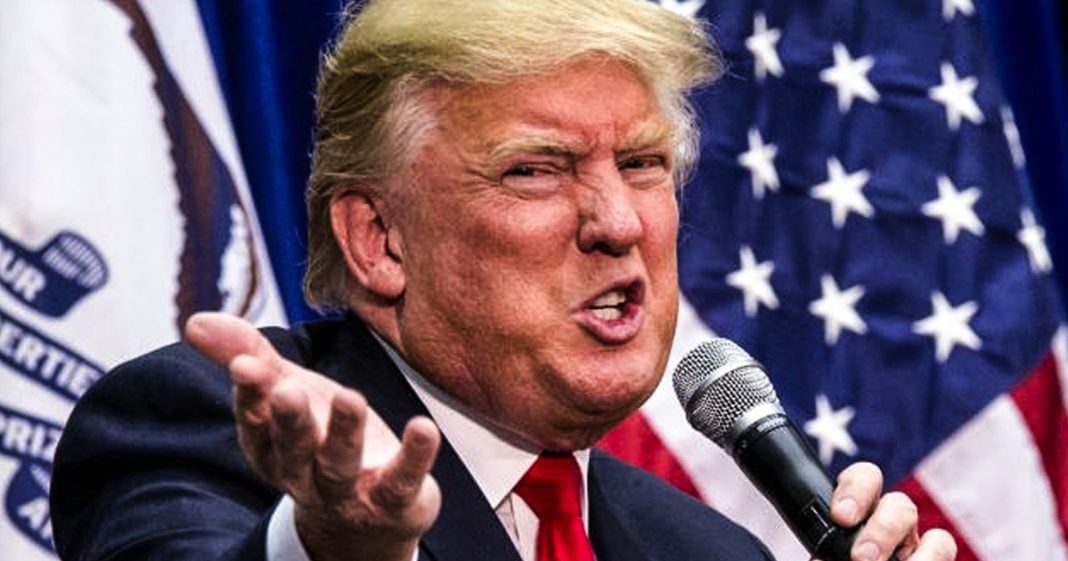 Farron Cousins takes twitter question from the Ring of Fire audience this week on the ROF podcast. Tony Montana @tmontana302 asks, “#AskROF how long do you think it will take to rebuild the nation/world after the Trump administration?”

I want to take a few minutes here and address some questions that we have gotten on Twitter. People send us questions using the #AskROF. We always appreciate them. Anytime we get the opportunity, we love to answer these questions. Let’s jump right into it here.

We have a question from Tony Montana @tmontana302. Tony asked, “How long do you think it will take to rebuild the nation/world after the Trump administration?” That is a good question that actually has two completely different answers. The answers are one, short-term, and two, never. Let me explain.

The problems that can be fixed in the short-term. Economic issues. The Great Depression wasn’t turned around overnight. It wasn’t turned around in four years. But we’re not yet, and I don’t think we will be, approaching Great Depression levels of economic disaster here in the United States. Things are going to be unpleasant. Things are going to be bad. But, as we saw from George W. Bush’s economic collapse, through the years of Obama, it can happen in one administration. Economic disasters can be turned around within four years, or at least put on a trajectory to be turned around within six to eight years. That is more than possible.

The advancements made in health care policy under Barack Obama in the first term show that we can fix massive problems like mass numbers of uninsured people here in the United States, so that can be fixed in the short-term. Donald Trump doing away with the individual mandate from the Affordable Care Act. That can be undone with the stroke of a pen when the next president takes office, assuming it’s not a backwards-thinking Republican. So issues like that, yeah. We’ve got time. We’ve got more than enough time to turn those around.

Other problems. Systemic racism stoked by the President of the United States. The refusal of this administration to accept that science is true and that climate change is real. Issues like that, those two problems, those aren’t going to be fixed in our lifetimes. There is not a single person listening to this show right now who, no matter what we do policy-wise, will live to see either of those problems fixed. That is a very sad statement to make, and that includes myself.

But, with how awful things have gotten, with racists, people like David Duke, the former Grand Wizard of the KKK, feeling empowered by Donald Trump, saying that they’ve got a guy in Donald Trump. They’ve got somebody in the White House who speaks their language, who talks like them. These people, these horrible people have been energized in a way that, no, the next administration can’t undo that. Neither can the one after that. It’s going to take a very, very long time to undo that damage. And again, we won’t see it in our lifetimes. We’ll see improvements, but I’m worried we’re not going to get back to where we were, to where we were making advancements. Things weren’t perfect, things were bad. I mean, look. Things were bad even before Donald Trump, but he has come along and made them so much worse.

And on that second issue, the climate change, even during the Obama years, Dr. James Hansen, who is one of the foremost climatologists in the world, he was one of the first people to bring the issue of climate change to the attention of Congress in the 1980s. When the United States signed under the Paris Climate Accords, he said, This is too little, too late.” Too little, too late. Donald Trump wants us to leave the Paris Climate Accords. He’s trying to get us out of it.

He actively denies that climate change exists. His administration has proven time and time again that they don’t give a damn about climate change. They have expelled scientists from their agency and literally replaced them with heads of industry. The same polluters that we’re fighting against every single day are now running the EPA. They’re serving on advisory panels that were once stacked with scientists. We can’t undo that. Every day that passes that we do not have an active climate policy, climate agenda in the United States, irreparable damage is caused to this planet. Not just the country, the planet. The longer we go, the longer it takes to fix. You know?

And the sick, disgusting, twisted part about all of this is that we could have solved this during the Clinton years, before we really started seeing the evidence of climate change. He didn’t do it. Bush, a guy who a lot of people actually think denied climate change, but he didn’t, he did admit that it was real, but he was an oil guy first and foremost, and so that’s what we got eight years of.

Obama said climate change is real. It’s a threat. We’ve got to do something about it. Here’s a couple little policies I’ll sprinkle out here and there, and then, when I hope you’re not looking, I’m going to increase drilling on domestic soil. I’m going to increase coal mining permits in the United States. Did you know that the Clean Power Act … This is something I wrote about at DeSmogBlog. The Clean Power Act, all of the emissions that would have stopped from that were actually offset, because about a month after that Obama opened up acres upon acres upon acres of new areas of the United States for coal mining, and the additional emissions from that extra coal would have completely offset the savings from the Clean Power Plan. So when a lot of people talk about, “Oh, the Clean Power Plan was such a great idea,” it was. That was, but you didn’t pay attention to the other policies because they didn’t want people to know about it.

And now, after that 20 years of inaction, we have a president who actively says that this isn’t even happening. We shouldn’t even pay attention to it. This is stupid. It’s snowing up north. Ha, ha! How about that, global warming? You can’t undo that. That’s not going to be undone by the next president no matter who it is. I mean, we could have Neil deGrasse Tyson as the next President of the United States, with Bill Nye as his Vice President, and it’s too little, too late at that point. To quote Dr. James Hansen there, too little, too late, and that’s what we’re faced with at this point.