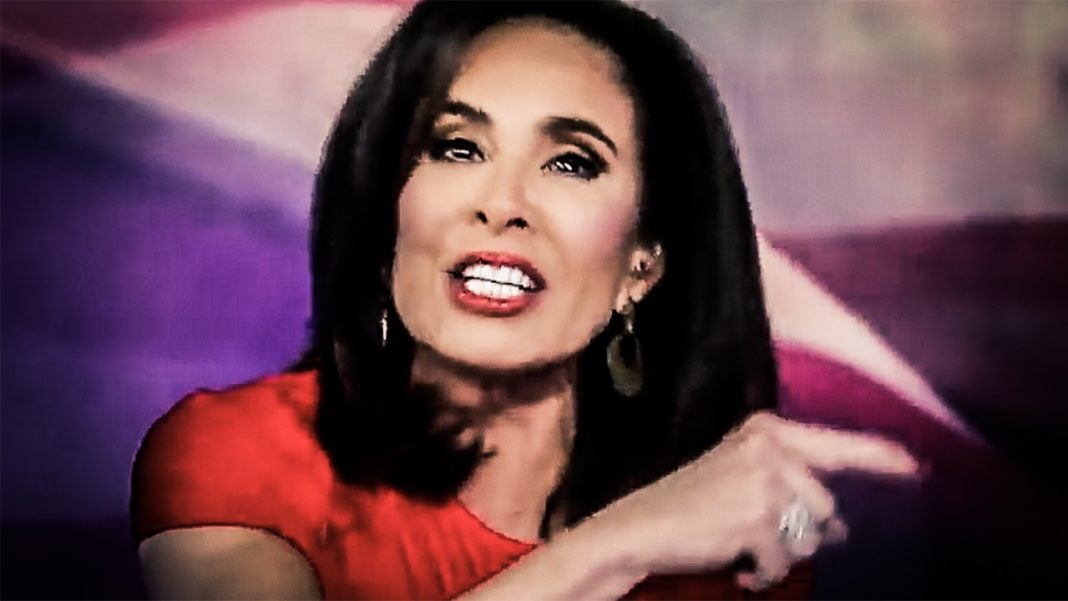 Fox News host Jeanine Pirro said this weekend that General John Kelly, Trump’s Chief of Staff, deserves absolutely no blame for his handling of the Rob Porter wife beating scandal, but if we need someone to blame, we should just go ahead and blame Obama. Pirro was 100% serious about blaming Obama for Porter’s behavior, but she failed to explain why this was Obama’s fault. Ring of Fire’s Farron Cousins discusses this.

Judge Jeanine P: For everyone who’s looking for someone to blame, chill out. You want to blame someone? Blame the batterer. He doesn’t walk around with a scarlet letter or a sign on his forehead that says, “I beat women.” He is cunning and clever, presenting himself as a charming individual who’s a Rhodes Scholar with a Harvard degree. You want to stop a four-star general who is running the White House, who believes in chain of command, who makes a decision within 40 minutes, because you hate Donald Trump? Find another scapegoat. You might want to look at the last president.

That’s right, ladies and gentlemen. When all else fails, blame Obama. Rob Porter beat the hell out of two ex-wives, and Jeanine Pirro, the woman who was driving 119 miles an hour in a residential area recently and was pulled over and ticketed heavily for that, the woman whose husband went to prison for fraud, believes that Obama is somehow to blame for Rob Porter, the Trump appointee staff secretary beating the hell out of his two ex-wives.

Meanwhile, John Kelly reacted and solved the issue, according to Pirro in that clip, in 40 minutes. Really? I know, Jeanine Pirro, you are a judge, so I have to assume at some point you went to school, at least college, probably law school. I know sometimes judges can get appointments even without going to law school, but we’ll leave it at I’m assuming you went. For somebody who went through that much education, you are dumb as a brick.

Fox News has absolutely gone off the rails with their level of insanity since Trump took office. This woman, Judge Jeanine, trying to blame Obama, which, for the record, she didn’t even explain why we should blame Obama. She just said that we should. I would love to hear the circular logic that she used in her own head to come up with that point and say maybe we should blame the past administration for this guy that Donald Trump defends. I don’t even know anymore. Honest to God, we’ve hit a point with Fox News where their level of incompetency and the lies coming out of that network are just too much to even comprehend.

It may not even be worth the time anymore to go through and explain why they’re lying, because these lies are getting more and more outrageous by the day, which is a sign that this network is getting more and more desperate to continuously defend a president that even they understand at this point is probably not going to make it to the end of his first term if these investigations go the way that pretty much everybody thinks they’re going to go.