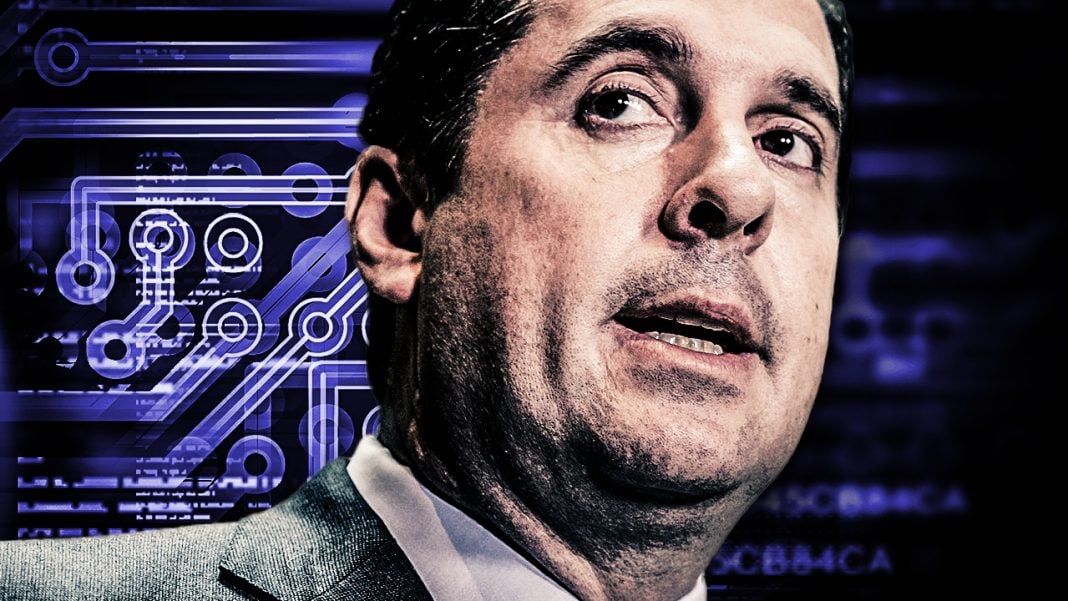 House Intelligence Committee Chairman Devin Nunes has been paying for a fake news website designed to smear Democrats and praise Donald Trump and Republicans. This website has existed for several months, but only recently did it become public knowledge. Has Nunes officially lost his mind? Ring of Fire’s Farron Cousins discusses this.

House Intelligence Committee chairman, Devin Nunes, has had a really bad couple of weeks, to say the least. First, there was his Nunes memo that, after a lot of conservatives were ready to release the memo, it finally got released, and it did the exact opposite of what Nunes wanted it to do. Then, there were the reports that came out that said that Nunes wants to build a physical wall, a barrier, in the House Intelligence Committee offices to separate Democrats from Republicans.

Then, on Sunday, of this past weekend, Politico released a report showing that Devin Nunes campaign committee, Devin Nunes has been paying for, essentially, a fake news propaganda website. This website, the news site, called the California Republican has been paid for by the Devin Nunes campaign committee, according to a little scroll at the bottom of that particular website. This wasn’t something that actually just popped up over the weekend. This website has been in operation for several months run specifically by a company, Tavlian, that Nunes’s campaign has been paying for things like public relations and digital media expertise.

Nunes, decides that the best way to fight against the Democratic Party, to fight, to protect Donald Trump, is to launch his own fake news website. If you scroll through the website, assuming it’s still online, Sunday evening it crashed so nobody could access it. Devin Nunes is saying that they were attacked and that they were overwhelmed with people trying to go to the website. We don’t really know which one is true. It seems more likely that they probably got busted and decided to take the site down. Nonetheless, assuming you can get on there, you’ll see articles attacking fellow California Representative Democrat, Ted Lieu. You’ll see them attacking Nunes’s political opponent for this year’s midterm elections. You’ll see a bunch of puff pieces praising Republicans for just how great they truly are.

Do we need another website like that? Don’t we have enough? Don’t they have Breitbart, and The Daily Caller, and foxnews.com? Do they really need the chairman of the House Intelligence Committee out there directing more propaganda to the American public as if they don’t understand what’s actually happening in the world? It’s not illegal for Nunes to do this at all, unfortunately, but it is certainly very telling about how desperate this pathetic little man is when it comes to protecting his own political future as well as Donald Trump and the rest of this administration.

He will do whatever it takes, even if it means ruining his entire reputation, his future, his past, his family, their name, everything, as long as he thinks it’s going to benefit Donald Trump. Because at the end of the day, Nunes still believes that Donald Trump’s going to take care of him somehow. That’s not going to happen. Donald Trump. Is going to take care of one guy and one guy only, and that’s himself. Devin Nunes, you are not Donald Trump, therefore, he will not take care of you when shit hits the fan, as it seems is going to happen pretty soon. You can continue on with your little fake news website. I really don’t think you’re fooling anybody here, especially when they scroll to the bottom and see that this was paid for by a pathetic member of a Republican Party that’s currently going down the tubes.