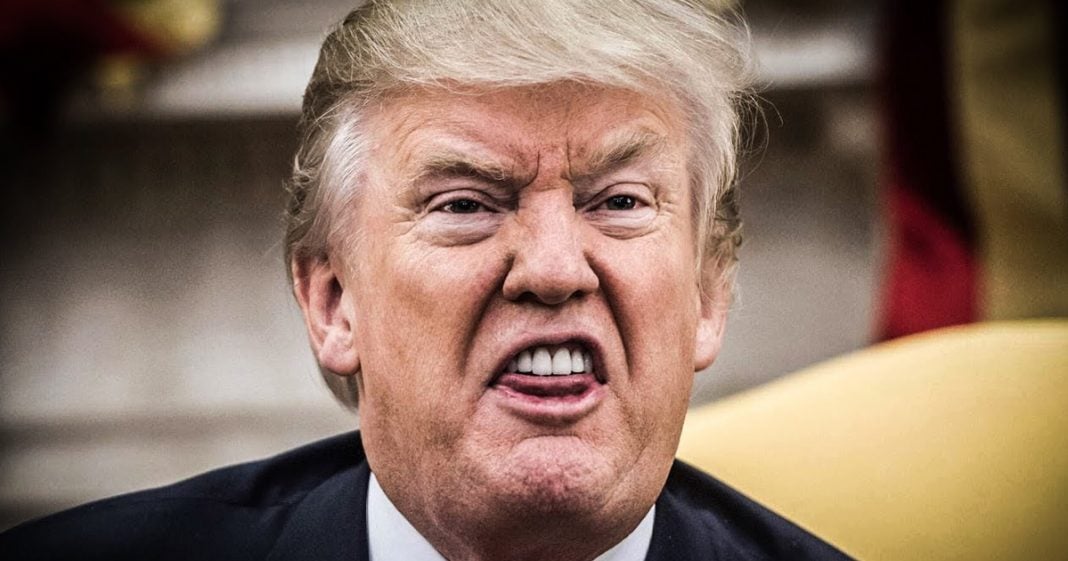 The Trump administration is averaging at least 3 high-level firings or resignations every single month since they took office, the worst rate of turnover for any modern Presidential administration. Aside from the fact that the President is hiring horrible people, it also represents a dire situation where vital roles are going unfilled, leaving the President to his own devices. Ring of Fire’s Farron Cousins explains why this staffing shortage is a major problem for the country.

So far, since the first days of the Trump Administration, his administration has suffered three, at least three, on average, high-profile departures from his administration, making the rate of turnover for the Trump Administration higher than any other modern presidency. Recently, with Rob Porter announcing his resignation, that just became kind of the latest person in the long list of people who have either resigned, been fired, or forced out of the White House. Here’s a quick list of all 37 people that Trump has either fired, and a couple of these were because they wanted to do their jobs, and Trump didn’t like that. The rest of them were either resigned or forced out of office.

Here it is: Yates, Flynn, Bharara, Walsh, Comey, McFarland, Dubke, Dahl, Shaub, Corallo, Spicer, Higgins, Short, Harvey, Priebus, Southerland, Scaramucci, Cohen-Watnick, Icahn, Bannon, Gorka, Bradford, Sifakis, Price, Johnson, Beams, Shackelford, Winfree, Powell, Higbie, Manigault, Katz, Weyeneth, Porter, Shannon, Feeley, Dearborn. Since Rob Porter’s resignation, there’ve literally been three other people that already decided they were going to resign as well. That’s what’s happening. Rob Porter is actually the fourth most recent person to resign from the Trump Administration, and again, people like Yates and Bharara, they were forced out because they wanted to do their jobs. They wanted to help people with their investigations of Donald Trump because they understood that something was wrong. They wanted to hold corporations accountable. Well, you can’t have that in the Trump Administration, so we have to get rid of them.

But the underlying problem is this, Trump needs people to fill these positions. I know a lot of these people deserve to be fired, because they were horrible human beings, like Gorka, and Bannon, and Porter, but to a certain extent, Donald Trump has to have people around him in order to do his job, because they have jobs to do as well. If they’re not doing their jobs, he can’t properly do his. Yes, that actually is a problem for this country, because one of the main jobs that all these people that surround Donald Trump have is to provide him with accurate information about what is happening all over the planet. If they aren’t there to tell him, if he has to rely on Fox & Friends to get his information about the world, then we’re all screwed.

We’ve already seen several times in the last year that Donald Trump has managed to be completely fooled about what’s happening in the world based on a Fox News report that his own staffers later had to go in and tell him, “Yeah, either that was like an old clip of something you were watching, or it was completely untrue, so stop tweeting about it acting like you’re going to go start a war with something when in fact you were just watching a documentary from eight years ago.” That has happened already, so yes, it is pathetic that a guy like Donald Trump can’t keep anybody working for him and that he got rid of the three or four good people that were actually part technically of the administration like Yates and Bharara.