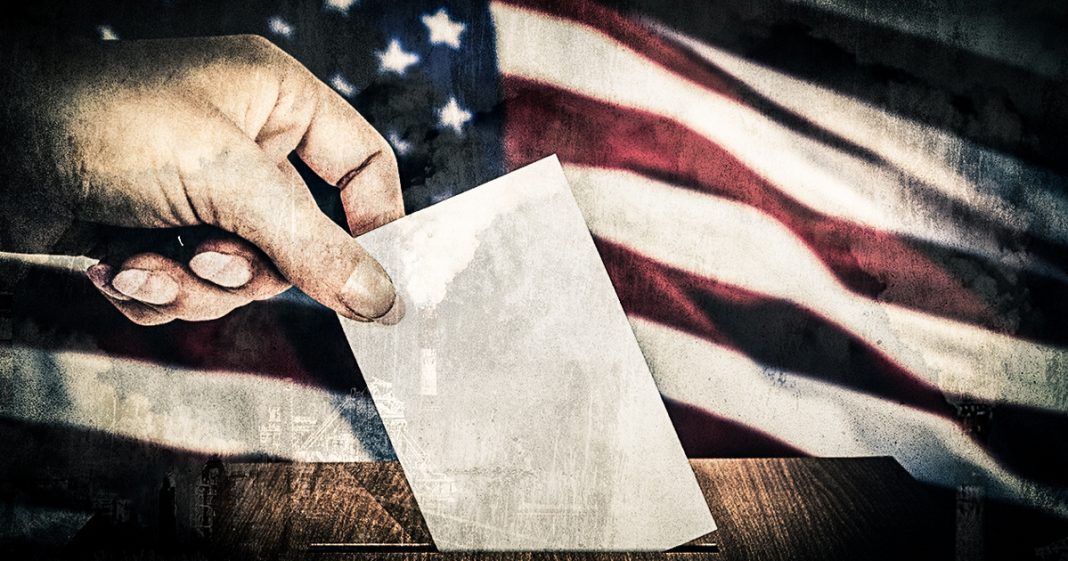 Another special election was held this week, this time in a deep red district in Missouri that went for Trump by 27 points. The Democrat in the race managed to win, flipping the district to blue. The Republicans have lost more than 30 special elections held in the last year, and they are terrified of getting further decimated in this year’s midterms. Ring of Fire’s Farron Cousins explains why Trump’s grandstanding won’t be enough to save the Republican Party from annihilation in November.

On Tuesday of this week, a special election took place in the state of Missouri in a very, very red district that had gone for Donald Trump by 27% in the 2016 election. But rather than the Republican winning as everybody thought, the Democrat in that race won by almost three points, which means that Democrats in special elections since Donald Trump was sworn in on January 20, 2017, have flipped 35 seats across this country at every possible level because of Donald Trump.

Democrats are killing it right now in special elections. We are flipping districts that went for Donald Trump by more than 25%. They want a Senate seat, a national Senate seat from the state of Alabama. Is he going to hold? Probably not. That one I understand, that was a one-time thing because Republicans put up a child molester to run for Senate. So, Doug Jones probably understands he’s a one term guy, but the rest of these seats show us something that Republicans should, and as far as we know, are very terrified of. Democrats can win in red districts.

The hatred of Donald Trump at the local level is real. It’s not just that people are going to Democrats instead of voting Republicans. It’s that they’re sick of Republicans, so they are not showing up to vote. In the case of Alabama, it’s because more people did get out to vote. More people were energized, and that’s the other half of it. Republicans aren’t energized, they don’t want to vote. Democrats are energized, and they do want to vote. In midterm elections, typically Republicans have a higher turnout, but this year I think we’re going to see quite the opposite.

I think every registered voter in this country regardless of what party you support needs to be out there voting. That’s the only way we can truly have a good representative Congress, representative Senate. But the fact that 35 seats have flipped from red to blue, from Republican to Democrat in the last 12 months absolutely sends a message to Washington, D.C. It sends the message that we’re tired of your policies that only benefit the wealthy, we’re tired of your corruption, and we’re tired of that bully that you have in the White House.

Some opinion polls may have Donald Trump improving a little bit in his approval rating, but when you look at these special elections, when you see what’s happening when the voters actually get out and cast a ballot, that tells an even more clear, a much more clear picture of what’s happening in this country, and it’s not anything that Republicans should be excited about. They need to understand that their party is viewed as a poison right now, and it is all because of both Donald Trump and their horrible, horrible policies. And there is nothing they can do to fix either of those before this year’s midterms.