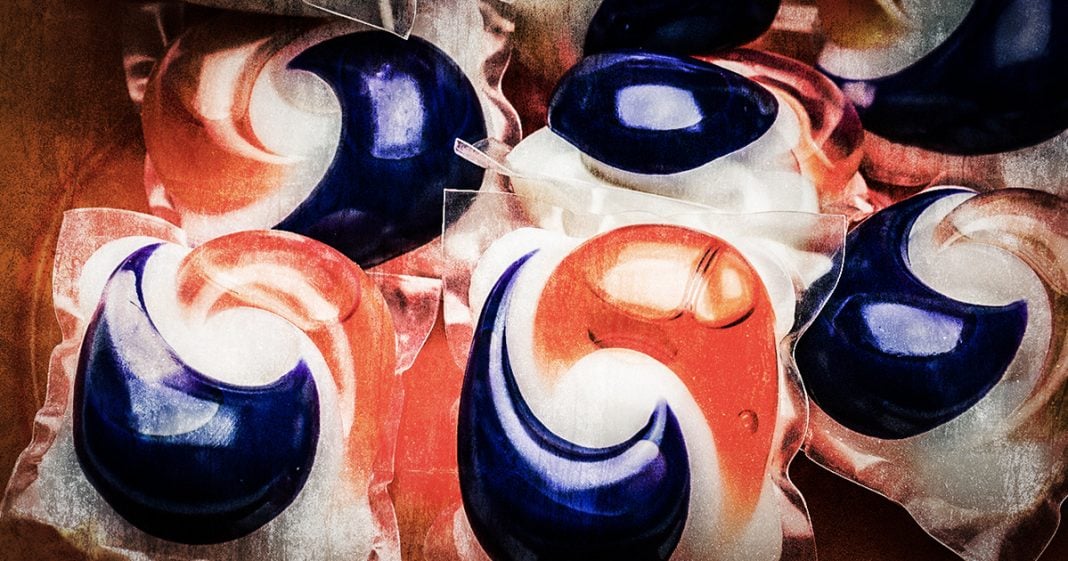 The New York Assembly has proposed legislation that would require the packaging of Tide Pods to be changed in order to make the laundry detergent look less delicious for idiotic consumers. This whole thing has gotten way out of control, and we can only blame American stupidity for it. Ring of Fire’s Farron Cousins explains.

The State of New York has taken it upon themselves to address the issue of people eating Tide pods by crafting legislation that would force the company, Tide, to make their Tide pods look less delicious for American consumers. Rather than trying to, I don’t know, tell people not to fucking eat laundry detergent, they’re drafting legislation that will force Tide to make them not look like colorful little giant Skittles. This is how dumb we’ve become as a country. That, rather than address the issue of stupidity and people eating laundry detergent, we’re trying to say, “Hey, Tide. We know people are dumb as hell, so could you maybe not make these things colorful cause it turns out people are eating them.”

You see, this is a good example as to why we have somebody like Donald Trump running the country right now. If we’re stupid enough to eat laundry detergent as a society, then yeah, we probably deserve a guy like Donald Trump in office. A guy who, I’m willing to put money on the fact that he has been tempted at least once in his life to put one of those Tide pods in his mouth. And it wouldn’t surprise me to learn that Eric and Donald Junior know what those things taste like.

But here’s the thing and this is the whole thing about the Tide pod whatever challenge thing they’ve got going on. Walmarts across the country are now having to lock these things up. They’re having to keep them under lock and key like they do expensive electronics because they don’t want the wrong people to buy them because people are eating them, getting very sick, possibly dying. That’s how far we’ve fallen as a society. It’s no longer people, you know, doing crazy things like on the show Jackass. We have taken that and just thrown it out the window. That stuff is tame compared to the level of stupidity that we have in this country today.

We have very real problems with, I guess, public education, with common sense, and those are the things that need to be addressed. Tide has done everything they can to beg people, “Please don’t, for the love of god, eat our laundry detergent.” Keep it away from small children because they don’t know any better. But now that we have teenagers and sometimes even adults, people old enough to vote, eating this crap. Yeah. That’s on us as a society. That’s not Tide’s fault. And I don’t think having them change the colors of their Tide pods is overnight going to fix the problem of American stupidity.