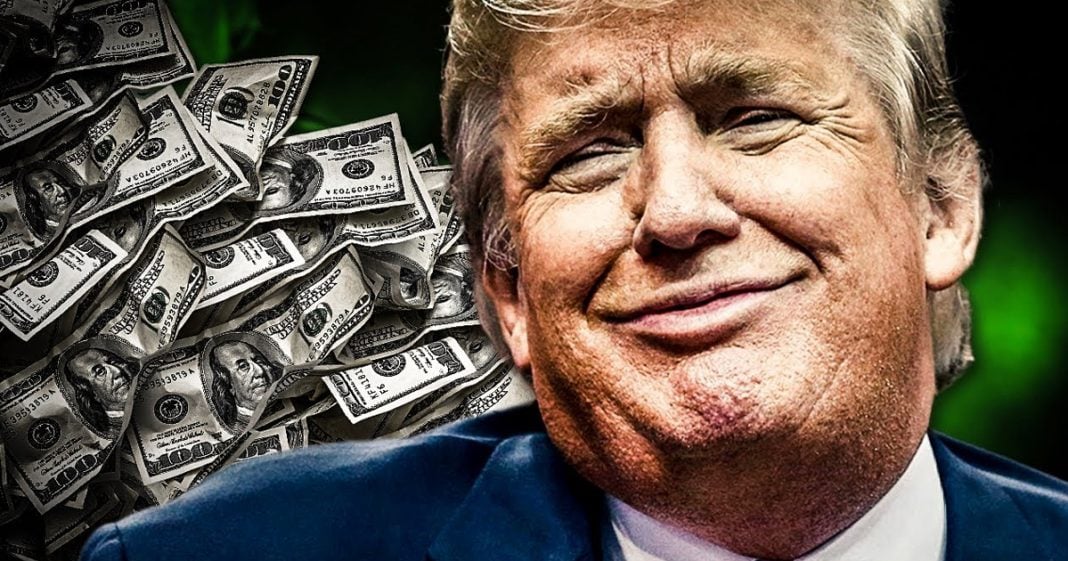 The tax cut package that Donald Trump signed into law less than two months ago is already causing economic havoc, as the country launches full speed towards the debt ceiling. The Treasury Department now says that we have to raise the debt ceiling a lot sooner than we thought because of these tax cuts or else people on Social Security and other safety net programs are going to stop getting monthly checks. Ring of Fire’s Farron Cousins explains how this can quickly spiral into a full blown economic crash in a matter of weeks.

It’s been less than two months since Donald Trump signed the Republican Tax Cut Package into law and already we’re starting to see how bad it is for the United States economy. Within the last week, the stock market has dropped more than 700 points. Now you may think that that doesn’t matter and for most people, those of us who don’t have anything at all in the stock market, it really doesn’t matter. But overall, unfortunately, the stock market does have an effect on the economy. When it goes down, the economy goes down and the reason it’s going down right now, one of the reasons that plays into it is the recent announcement by US Treasury Secretary Steve Mnuchin that, “Holy crap. We have to raise the debt ceiling a hell of a lot sooner than we thought because these Republican tax cuts that are gonna cost us over a trillion dollars are gonna hamper our ability as a federal government to spend money.” That is what Mnuchin warned us about a week and a half ago.

He said that if we do not raise this debt ceiling soon, a hell of a lot sooner than it was supposed to have to be raised, we’re going to have a government that no longer pays out things like social security. They don’t pay out Medicare or Medicaid. They don’t pay federal employees and do you know what that does to an economy when you have millions of people who suddenly, one, stop getting a paycheck, and two, stop getting coverage for their healthcare? They stop spending money. What happens when people stop spending money, when the restaurants down the street lose half their business overnight? They start losing money. So their employees start losing money. So they stop spending money at other places, who then start losing money and stop paying their employees as much. They make less. They spend less. That’s how the economy works. Less money going out means more people lose their jobs and that is why the stock market’s kind of freaking out right now because Mnuchin understands how horrible these tax cuts are for the country.

But he wants them because he gets them and his friends get them and that’s what this is all about. Donald Trump and his Republican allies in Congress are taking the United States economy and they know it just so they can repay their wealthy donors. Meanwhile, it’s the rest of us. It’s you. It’s me. We’re gonna be the ones that suffer when the economy comes crashing down and I have news for you. It’s gonna come crashing down a hell of a lot sooner than Republicans would like us to believe. Best guesses at this point are that we’re going to see a massive economic crash before the 2018 midterms and that is severely gonna hurt the Republican party and that is exactly what they deserve.