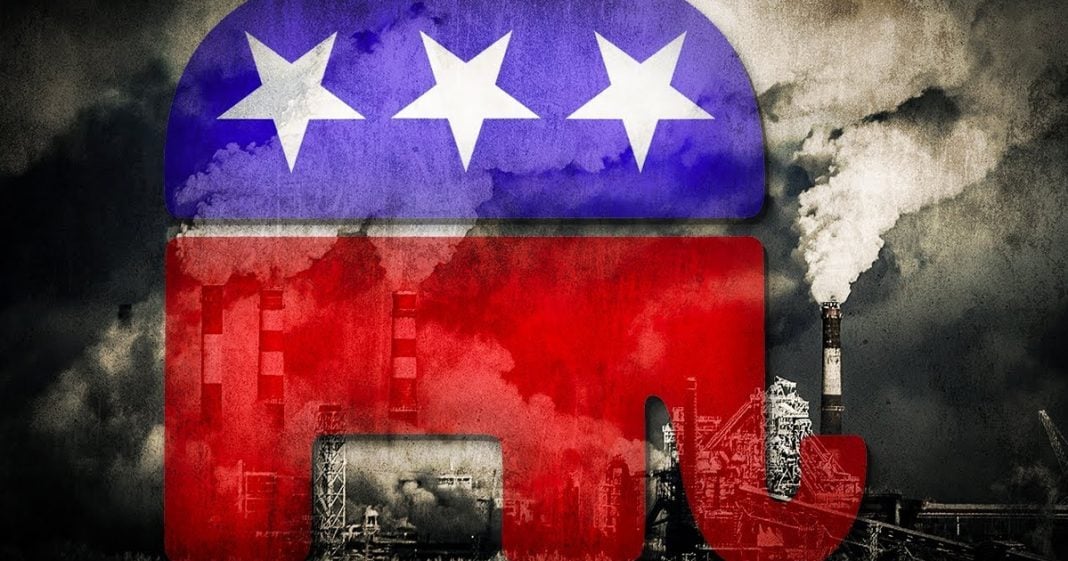 The Republican Party, which holds a command over all three branches of the federal government and a majority of statehouses across the country, has long been the anti-science Party in the United States. But that’s why scientists and researchers have decided to take the Party on, and a record number of intellectuals are seeking public office in this year’s elections. Ring of Fire’s Farron Cousins explains why this is exactly what we need as a country.

For too long in the United States, the Republican Party has been viewed by many, correctly, as the anti-science party, here in America. And it’s absolutely true. As a whole, the elected officials in the Republican Party tend to deny the existence of climate change, in spite of all of the evidence showing that it is happening and that it is caused by human beings. They are the ones that have been trying to strip evolution from text books throughout this country. They’re the ones who believe that students should be taught that an invisible man in the sky created the earth in seven days, and the earth’s only five, 6,000 years old, instead of a few billion years old.

So, that is why all of those reasons put together plus many others out there, we now have a record number of scientists and researchers and engineers running for public and Federal office in 2018. So far, more than 200 former members of the scientific community, the engineering community, math communities, are running for office to unseat anti-science Republicans throughout this country, at the State level and at the Federal level. This is the highest number of scientific candidates that we have ever had in this country in any single election cycle. And it is exactly what we need as a country.

When you look at charts, the Untied States is falling behind the rest of the world in the areas of STEM. You know, science, technology, engineering and math. We’re falling behind because we have a political party that controls the Executive, the Judicial, the Congress and the Senate, so we got Executive, Legislative, Judicial on the Federal level. On State levels, they control Republicans. The majority of State houses and Governorships, all over the country. So the majority of the people in this country are represented by anti-science Republicans, and that is one of the main reasons why we as a country, are falling behind everyone else in these areas of STEM.

We do not have politicians who believe in science. We do not have politicians who accept the available science. We have politicians who want to teach us magic and mythology instead of hard science. That’s the problem and that is why we have more than 200 people from these academic areas running for public office. For years, Republicans have told us that Liberals are these intellectual, out of touch, elites. We’ll guess what, sometimes in order to make the country a little better, you need an intellectual elite. You need somebody smarter than you, running the country. Making the policies that affect you. I mean, would you want a doctor who you felt was as smart as you, or would you want to find the smartest best doctor that you could, to perform your surgery or give you a diagnosis?

It’s the same with politicians. They make the laws that affect every aspect of our lives, every day. So shouldn’t we have the best and brightest out there? Shouldn’t we have people representing us in Congress, who believe that pollution can kill us? Who believe that dirty water, contaminated with cadmium and chromium and arsenic and mercury, that that can cause cancer for us? Shouldn’t we have those people or would you still prefer to have Republicans who are funded by corporations like Monsanto and Du Pont and all of the other big polluters in this country, who tell us, “Ah, a little bit of pollution’s fine. A little bit of water contamination’s okay for us. It’s all right to have these unacceptable levels of lead in the water in Flint, Michigan. And more than 2,000 other aquifer’s here in the United States. That’s fine, we’re not going to do anything about it.”

No. I’m going to trust the scientist. I’m going to trust the person that devoted their life to understanding the world and how it actually works. Those are the people I want representing me in Congress and unfortunately, me personally, I’m left with Matt Gaetz. Matt Gaetz, one of the biggest embarrassments in the world, happens to be my Congressman for my District of Florida, and I would much rather see a scientist, any scientist. Hell, even a high school science student, representing me in Congress than I would a guy like Matt Gaetz. And that’s what we’re up against. And that’s why these people are running for office. Because they’re the ones who understand the problems better than anyone else, and they’re the best equipped to solve them.