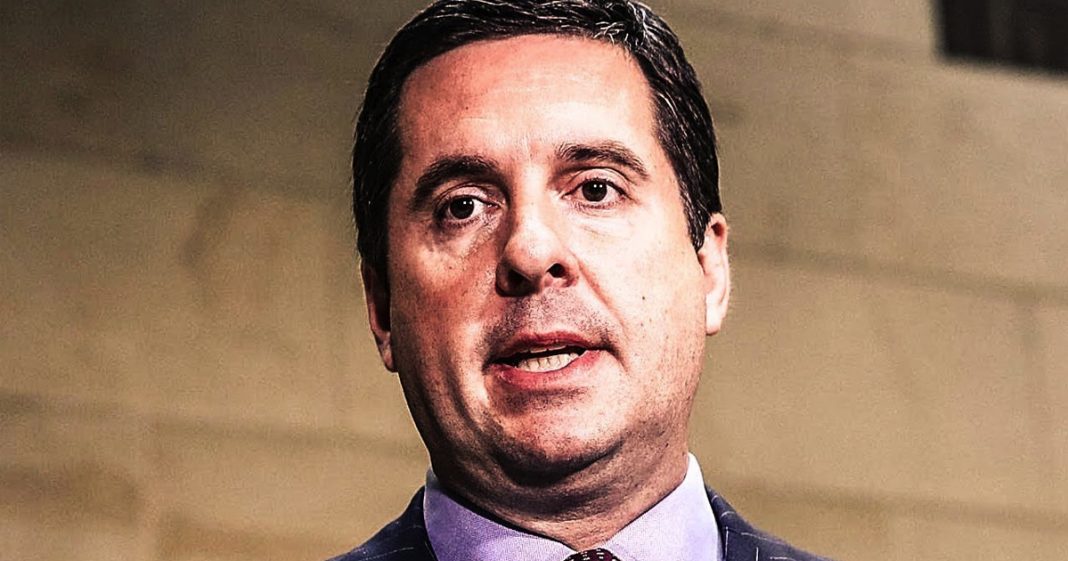 Republicans on the House Intelligence Committee, led by Devin Nunes, are hoping to construct a physical barrier between their staff and the Democrats, in a feeble attempt to hide what the Republicans are working on. Not only is this a childish move by Republicans, but it represents a very dangerous partisan divide within our politics. Ring of Fire’s Farron Cousins explains.

Devin Nunes, the republican chairman of the House Intelligence Committee, has had a really, really bad seven days. Last week when he released his memo that he’d been hyping for several weeks, republicans had told us this was going to be a game changer and it turned out to be a giant dud. Later, a few days later this week, he said, “You know what? I’m going to start releasing more memos and, yes, I know I lied in my last one but, I’m still gonna release more to take on more of these government agencies”, which, that news was met with a giant yawn and another giant, I guess you would call it, backlash of the American public saying we don’t care what you have to say anymore.

So, Devin Nunes is understandably a little angry. He’s a little miffed right now because of the fact that nobody wants to see his stupid memos and because the fact he got outed as a liar. What has his response been? Not that he’s only going to put out accurate memos that tell the truth, no, instead Devin Nunes wants to build a wall, an actual, physical, real live wall in the work area of the House Intelligence Committee to separate republicans and democrats. He wants to put a real live wall in between them so that the democrats can’t see what the republicans are doing or what they’re working on and, when asked about Devin Nunes’ House Intelligence Committee wall, this is what republicans had to say. Mike Conaway from Texas says, “I’m not part of that decision, you’ve gotta talk to Devin, I don’t know what they’re trying to do one way or the other.”

Representative Tom Rooney from Florida said, “I swear to God I didn’t know that.” The level of trust and the level of everything down there is, it’s poison. It’s absolute poison down there. So basically, when other republicans were asked by reporters what they thought of Devin Nunes’ wall, they had a response similar to this.

That is essentially what republicans are saying at this point about Devin Nunes. This guy, I swear to God, I don’t know what he’s doing. I don’t know what’s going on. This is insanity with Nunes. And, yes, it is because these house committees are actually supposed to work together in a bipartisan manner to get things done and Devin Nunes literally wants to put up a wall between himself and his staff and the republicans and the democrats so that one side will never know what the other side is working on. So that way we can avoid an Adam Schiff memo that comes out and tells the truth to refute a Devin Nunes memo.

That’s what all this is about. Devin Nunes wants to put up a wall in their workspace because he’s mad that he got busted for lying in his memo.