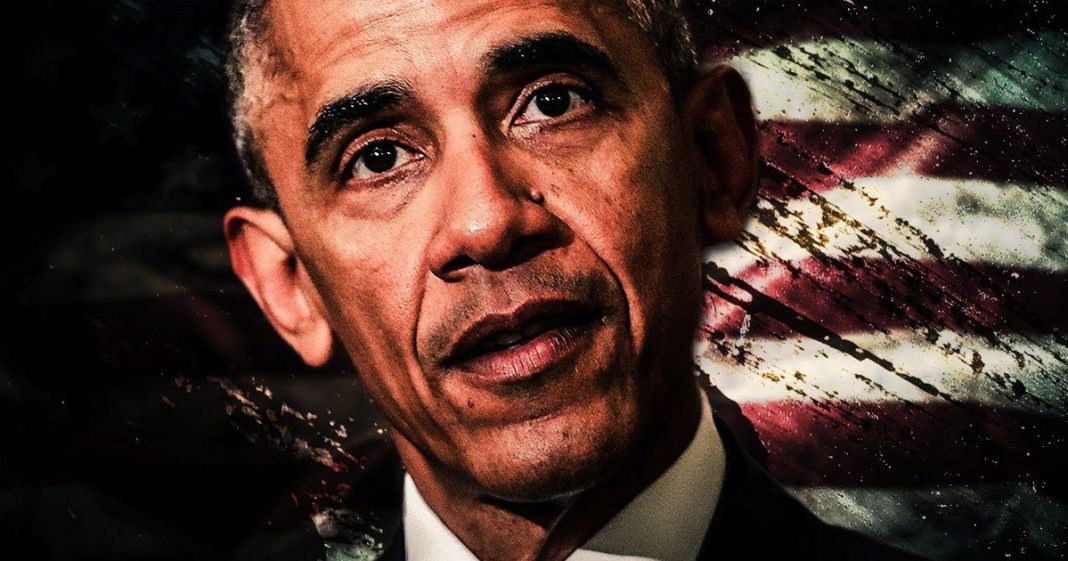 On Wednesday, Republicans thought that they had uncovered the bombshell of all bombshells when they released text messages between Lisa Page and Peter Strzok that said that Obama wanted to know everything they were doing, and Republicans assumed that it meant about the Clinton administration, but it was actually about the Russia investigation into election meddling. So that’s yet another Republican “bombshell” that ended up backfiring spectacularly as Ring of Fire’s Farron Cousins explains.

On Wednesday of this week, Republicans thought for sure that they had the second slam dunk bombshell against the FBI to finally put an end not only to the Mueller administration, but to put an end to Barack Obama living as a free citizen and hopefully land him in prison. That bombshell came in the form of text messages released that were between Lisa Page and Peter Strzok, the two FBI agents who’ve been at the center of all of this, where one of the text messages said that Obama wants to know everything that we’re doing. That simple little text message, taken way out of context by conservative media, retweeted by Donald Trump and Donald Trump, Jr., was supposed to be the be-all-end-all of everything involving this investigation, once and for all proving that the FBI was biased against Donald Trump, so let’s shut down the whole organization and pack it full of Trump cronies.

Well, hold up, because as it turns out, as often is the case, there was more to the story than just that little snippet that Republicans chose to release. As it turns out, they had been directed by James Comey to report to him, so that he could report to Obama what was happening in the Russian election meddling investigation. See, Republicans all day had been telling us that Obama wanted to know what was happening with the Hillary Clinton investigation, but they completely ignored the timeline. The Hillary Clinton investigation was officially ended by the FBI in July of 2016. It picked up again at the end of July, or excuse me, September 2016. These text messages were sent the first week of September 2016, after the investigation ended and before it began again. At that time, the only thing Obama was worried about was the Russian election meddling that, as we know now, according to Homeland Security, 100% did happen.

This narrative, this bombshell that Republicans came out with, was debunked within hours. Now, once again, just like with the Nunes memo, they look like absolute fools, but if you think that’s the only embarrassing bombshell Republicans had Wednesday, then you’re not paying close enough attention. Late in the evening, it was revealed, via conservative news outlets, that the Uranium One scandal had been blown wide open, because they had obtained emails showing that, in exchange for access to Hillary Clinton, the Russians were going to donate four payments of $750,000 to the Clinton Foundation, only, the Trump Justice Department had to come out immediately after that and explain, no, that didn’t ever happen, so the second bombshell, this Uranium One scandal that conservative media loves to try to make a thing, was debunked by Donald Trump’s own Justice Department, led by Jeff Sessions.

They had to come out and say that, yeah, all the information we gave you about it contradicts everything that you’re trying to say that it says right now. That never happened, you idiots, is basically the polite thing that the Justice Department’s trying to say. They said it in a more polite way.

One day, two bombshells, two complete duds for the Republican Party that is getting so desperate to taint Obama and Hillary Clinton and the FBI and everything else, that they’re literally willing to make shit up and just throw it at the wall and see what sticks. I am no fan of Hillary Clinton. I certainly am no fan of the Democratic Establishment, and I think we need to move on as a Democratic Party and get new leaders, young leaders, true progressives in the party, but come on. Making up crap about Hillary Clinton, just because you don’t like her, or the same thing with Barack Obama, that’s not how we move forward as a Party.

I know there’s plenty of Liberals out there, who are pushing the Uranium One conspiracy theory and telling us that there was no Russian meddling or that these text messages are going to take down the Establishment Democrats. It’s not going to happen. Stop buying into the conspiracy theory nonsense and focus on what actually matters. If you’re focusing on Uranium One, if you’re denying Russian election meddling, if you’re saying that the FBI in this deep state is trying to take down Donald Trump, then you clearly have not been paying a bit of attention to American politics for the last 12 months.