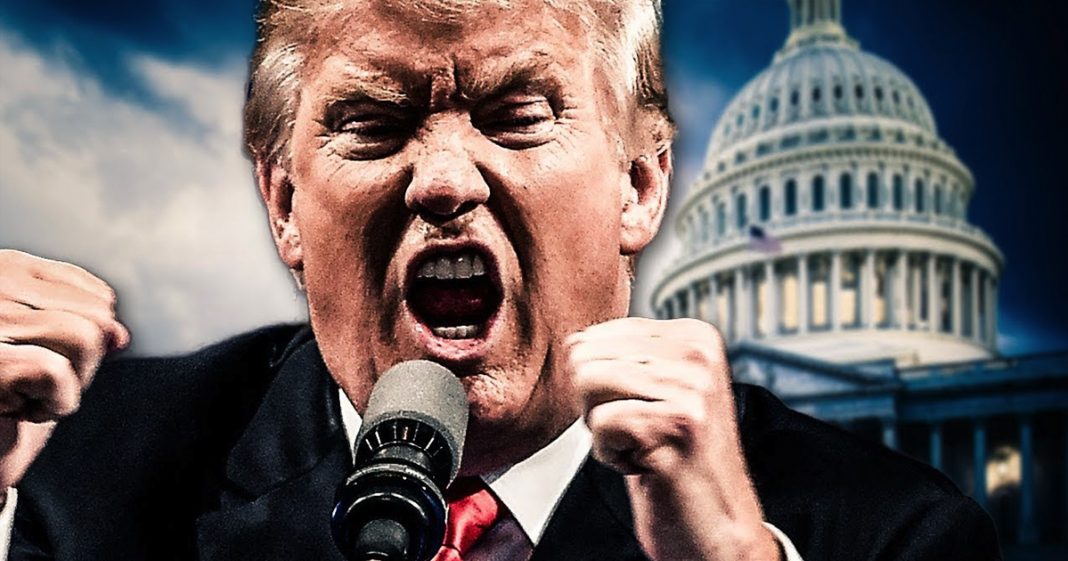 Our toddler-in-chief is once again threatening to shut down the entire federal government if he doesn’t get everything that he wants in the new spending bill. Specifically, the President is adamant about getting the necessary funding for his border wall. Trump has said on multiple occasions that he’s in favor of government shutdowns, but the economic costs of these shut downs are going to cost Republicans big time in the midterm elections, as Ring of Fire’s Farron Cousins explains.

I know, obviously, Republicans and Democrats alike do not want a government shutdown. But there is one person in DC who is all for shutting down the federal government, and that person happens to be Donald Trump. Trump said Tuesday, several times actually, that he would be in favor of a government shutdown, he wants to shut the damn thing down, if he doesn’t get the funding that he wants for his border wall.

So Donald Trump is using the old tactic of if you’re not going to play by my rules, I’m going to take my ball and go home. Expect he’s doing it with the entire federal government. There is no way that if the government shuts down this time, that they’re even going to be able to remotely pin it on Democrats.

Now, they’ll try, they always try, but it’s not going to stick. This last government shutdown that happened, the majority of people in this country viewed it as a failure, or pin the blame I should say, either on the Republican party, or on Donald Trump. Fewer percentage of people blamed it actually on Democrats, so the Democrats came out of that one pretty clean.

This one should be 100% on Donald Trump. We may not be happy with the overall outcome of the Republicans and Democrats working together here, probably not going to protect that 800 or 700,000 dreamers out there, who are worried about being deported. Probably not going to address what we needed it to with DACA. But, it’s going to be something, and it’s going to keep the government running. Maybe we can fix it later if we have enough politicians with a backbone to stand up for these people who deserve to stay in this country.

Now, behind closed doors he’s admitted that yeah, taxpayers are probably going to have to pay for it, but Mexico’s totally going to pay us back, even though they tell us that they’re not, because they don’t want it, and it’s going to be on our soil, so why in the world would they even pay for it? But nonetheless, we’re now risking the government shutting down again, because Donald Trump continuously lies about who’s going to pay for this damn wall. That’s what’s really happening.

And Donald Trump is more than willing to shut the whole thing down, because Democrats don’t want to give him a dime to put up this useless, disgusting border wall, that for some reason his alt-right base thinks is going to stop immigration into the United States. It will do absolutely nothing. It’ll waste billions upon billions of dollars, destroy vital parts of the environment, all for what? Pandering to a couple of racists that you have in your base? Republicans, like Donald Trump seem to think that that’s worth it. Luckily the Democrats are smart enough to understand that it really, really isn’t.