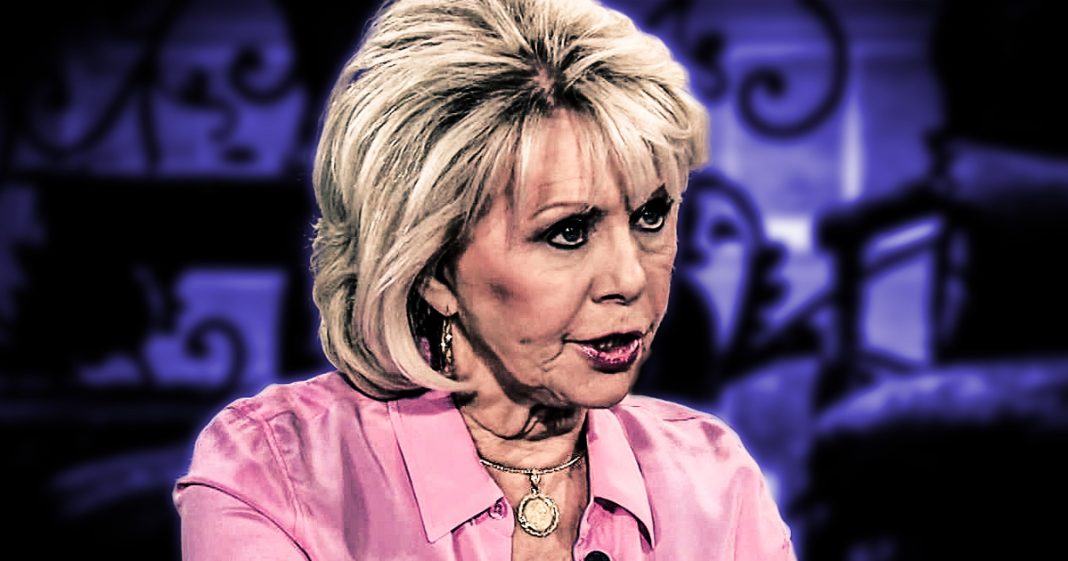 According to Gloria Copeland, a member of Donald Trump’s evangelical advisory board, you don’t need a flu shot as long as you have Jesus in your heart because he’ll protect you. We’re currently suffering one of the worst flu outbreaks of a generation and Mrs. Copeland believes that loving Jesus will save us from this deadly epidemic. Ring of Fire’s Farron Cousins discusses this.

If you’re worried about this year’s massive flu epidemic that so far has claimed the lives of 53 children around the country and hundreds upon hundreds of other non-children human beings throughout the country, do not worry because according to Gloria Copeland, who happens to serve on Donald Trump’s Evangelical Advisory Board, if you want to protect yourself against the flu, all you have to do is, “Inoculate yourself with the Word of God.”

That’s right. Gloria Copeland, again, who serves on Donald Trump’s Evangelical Advisory Board, believes that we do not need flu shots as a country. We do not need to give our children immunizations and vaccines to protect them from this deadly illness that is worse than it’s been in an entire generation. Instead, you’ve just got to pick up a Bible. That’s all you got to do. You just read a couple pages in there and suddenly, you’ve got immunity. I suppose that’s why evangelical leader Pat Robertson recently suffered a massive stroke. Maybe he wasn’t holy enough. Maybe he didn’t inoculate himself against the stroke by reading the Bible enough.

This is utter insanity at this point, ladies and gentlemen. Again, 53 children. There have been 53 pediatric deaths in the United States this flu season as of right now. That number could certainly go up by the end of the day. Fifty-three kids. Fifty-three parents have lost their child because of the flu. Hundreds upon hundreds, possibly even over 1,000 other human beings in this country have died. Brothers, sisters, mothers, father, grandparents dying because of the flu. And yes, it’s true. This year’s flu vaccine is said to only be about 10% effective against all of the strains that we have. However, what’s not mentioned in that 10% effective statistic is the fact that if you have the vaccine and you are exposed to a strain of the flu for which you are not inoculated, it actually helps your body fight off that other flu virus so you do not get as severe symptoms, and there you have it.

Vaccines do work. The flu shot works. It may not work 100% of the time, but it’s going to prevent symptoms from getting worse in most cases. Inoculating yourself with the Word of God? I don’t think that’s going to do a damn thing for anybody. Why don’t you tell that to the parents of those children? I’m sure some of them were religious folks. Why don’t you go ahead and tell them, Ms. Copeland, that perhaps they weren’t religious enough or maybe their children had sinned and that’s why God took them away back to heaven? That’s not how this works. This is dangerous talk from a dangerous woman who could end up getting more people killed because there’s stupid people in this country who believe that, “You know what? Yeah. I’ll just believe in God. I’ll just let Jesus take the wheel and then I won’t get the flu.” That’s not how viruses and illnesses work. That’s not how science works. We need real people coming up with real solutions to real problems and Gloria Copeland ain’t one of ’em.