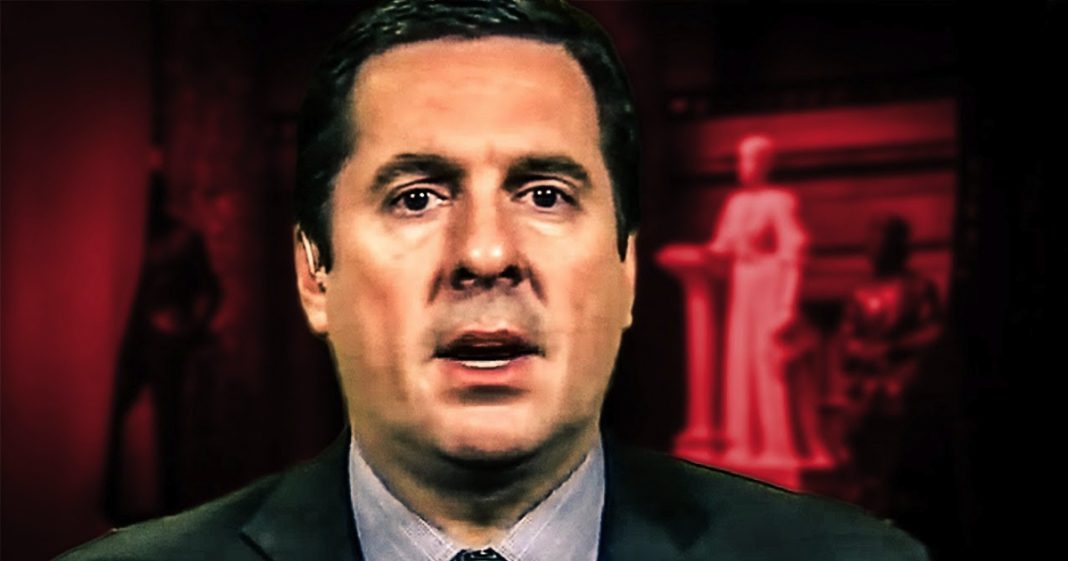 During an interview with Fox & Friends, Devin Nunes, author of the controversial memo that was going to bring down the FBI, admitted that the FBI never lied when they sought their FISA warrant, which was the central claim of his memo. Instead, Nunes says that the agency made that information too small in their reports by listing it as a footnote. So this whole attack on the FBI is based on…font size? Ring of Fire’s Farron Cousins explains why Nunes’ claims are blowing up in his face.

Things just keep getting worse for poor Devin Nunes. Nunes appeared on Fox and Friends this week to talk about his controversial memo. The memo, as you remember, that was supposed to bring down this deep state FBI reign in Obama and Clinton, and throw everybody in prison and end the special prosecutors’ investigation into Donald Trump. Well, it’s done exactly none of that because as Nunes admitted on Fox and Friends when they pressed him on it the whole thing is basically built on a lie. According to Nunes himself on Fox and Friends on Fox News, the FBI never lied when seeking the FISA warrant against Carter Page. He said they lied, but now he admits no, you know what, they didn’t lie. They did mention all of the other information that I said they didn’t in a footnote. That was the problem according to Nunes. That this extra information that vindicates the FBI was mentioned in a footnote and not in the actual body of whatever document it is that they gave him.

So according to Nunes, not only did the FBI not lie but the entire problem he has with them is that they’re using the wrong font size. Did I get that right, Devin? Is that what your problem is? That they put pertinent information in a footnote instead of in the body so that it was smaller and maybe you didn’t take the time to read it? Maybe you didn’t notice it. Maybe you didn’t have your glasses and you couldn’t physically read it. I don’t know what the case is, but you can’t be pissed off because you failed to do your job here.

That’s what we’re talking about at this point. You admitted on Fox News and to their credit Fox and Friends actually pushed you to answer the question. You’ve admitted that the FBI did not lie in seeking the FISA warrant, which was the entire basis upon which your memo was about. So if you take away that and you did by admitting that they didn’t lie, then your memo is full of garbage and everyone believes it is believing fake news. That’s what’s happening right now. But don’t get me wrong. This hasn’t stopped Nunes from saying he’s going to release even more memos. In spite of the fact that he admits that he lied about this one, that the FBI didn’t lie to the FISA court, he’s going to come out with even more memos because fuck it, that’s where we’re at as a country right now. Nunes doesn’t care about the rule of law and order. He doesn’t care about anything other than partisan politics trying to vindicate a president who cannot be vindicated. That’s where we’re at.

Fox News is going to go along with it. You’re not going to see anymore segments where they’re talking about the fact that Nunes lied in his memo by saying the FBI lied when in fact they didn’t. Instead, they’re going to bring on people like Donald Trump Jr., which they did. Who said, once again, that the memo does vindicate his father and it shows how scared these little Democrats truly are. There is not a single member of the Democratic party that is scared right now. I can promise you that. If anybody is scared, it’s the people out there right now like Donny Jr. saying that other people are scared. It’s people like Donald Trump Sr., the President, whose out there attacking Democrats calling them treasonous for not clapping for him. That’s fear. There is not fear right now amongst the Democratic party because we understand just what a liar and manipulator Devin Nunes truly is. Now the rest of the country is also waking up to the fact that Devin Nunes cannot be trusted by his own admission.