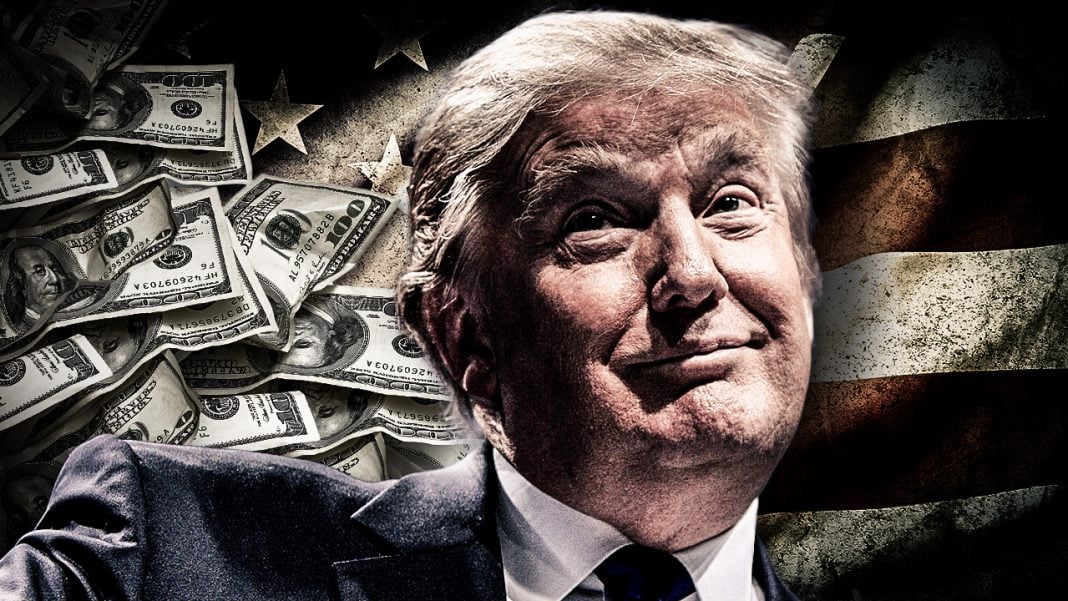 Donald Trump has a history of bankruptcies with his failed companies, but Republicans still thought it would be a good idea to put him in the Oval Office to “run the government like a business.” Well, he’s run the government like he ran his businesses, and just over a year after he was sworn in we’re already facing bankruptcy because of his tax cuts. The federal government will now have to raise the debt limit in order to pay its bills, and Ring of Fire’s Farron Cousins explains why this was completely predictable.

Well, here we are, just a few days really into Donald Trump’s second year, just a few days past his one-year anniversary, and the government is actually already on the verge of being bankrupt. Because of the Republican tax cuts, the Treasury Department is now having to ask Congress to raise the debt limit a hell of a lot sooner than they had expected to have to raise it, because they just realized, “Oh shit, we’re out of money.” By the end of February, possibly end of the first few weeks of March, the government will no longer have enough money on hand to be able to pay the bills that they have to pay, which includes roughly 50 billion dollars a month for Social Security payments a month. The tax cuts have cost the federal government 10 billion dollars every single month. That is what the savings is going to be for corporations and the money lost by the federal government, 10 billion dollars a month. That’s going to start here in February, because January was based on previous taxes because the tax cuts go into effect until January 1st, yada yada, but that’s where we’re at. Donald Trump did run the government like a business. Unfortunately, he ran it like one of his businesses, and now we’re about to go bankrupt unless Congress once again raises the debt ceiling.

Steve Mnuchin is freaking out right now because he understands that yeah, the government has to make those payments whether they want to or not. What’s the next step? Are they going to repeal the tax cuts because they realize it’s going to trash the federal government and the economy? No. Instead, what they’re going to do is cut back on the payments they have to make, things like I just mentioned, like Social Security, like Medicare, like Medicaid, programs that help the less fortunate here in the United States, programs like Social Security that some people paid into for their entire lives and now they’re going to get screwed out of it. Republicans already told us back in November, October, that this was their plan. They told us after they passed the tax cut that that was their plan: next, we’re getting rid of those entitlement programs, even though it’s not an entitlement if you’ve been paying into it your entire life and now you want to take that money back out, that’s essentially, should be a savings account.

That’s what they’re coming for though, because God forbid we touch that money we just gave to the top 1%. So, instead of us losing 10 billion dollars a month because we want rich people to have more money, we’re just going to take that 10 billion dollars out of other programs like Social Security, Medicaid and Medicare, because those people probably aren’t going to vote Republican anyway, and if they do, well then I guess they deserve it. That’s the thinking at the foundational government right now.

I have a question for every conservative out there. How does it feel, running the government like a business? Do you feel happy with this, you good? You feel happy about the fact that Donald Trump in just one year managed to almost completely bankrupt the federal government? You happy about raising that debt ceiling that you’ve bitched about all eight years of President Obama’s presidency? You happy that the deficit is getting higher when you again complained for eight years that it was destroying the economy and putting a huge burden on our children? Or does that only matter when we have a Democrat as president?