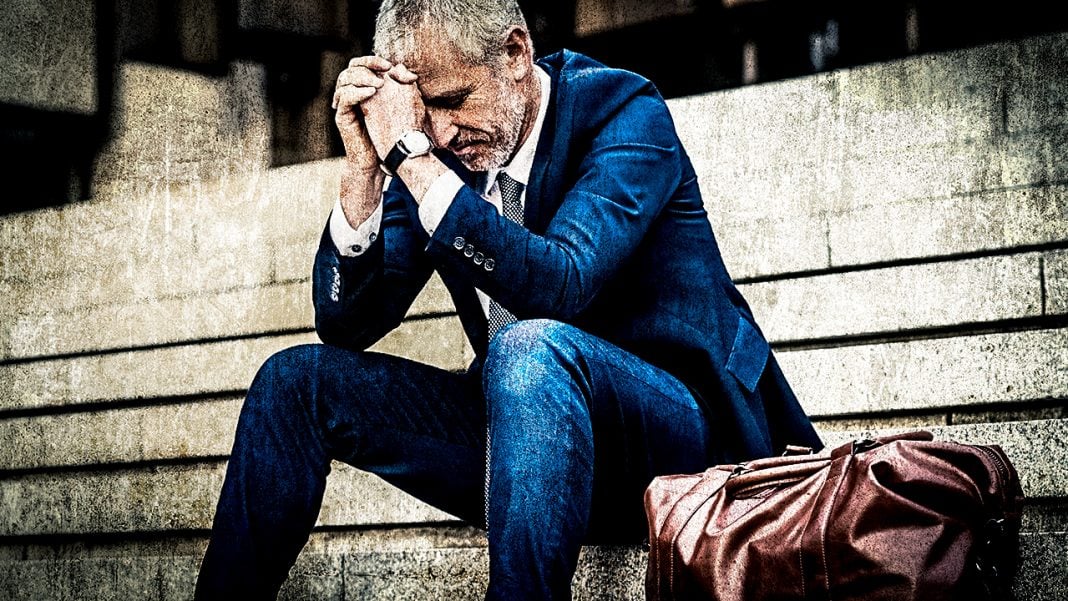 Donald Trump and the Republicans in DC love to tell us that the economy is doing great and that people are getting tons of raises and bonuses because of their tax cuts. The reality is that those bonuses were more like severance packages, as companies like Walmart, AT&T, and Macy’s announce massive layoffs for their employees. So far, more people have been laid off than received those bonuses, but has the administration said anything about it? No, they haven’t. Ring of Fire’s Farron Cousins discusses this.

It’s been just over a month since the Republican tax cuts took place, and already Republicans, Donald Trump, especially in his State of the Union and any other address he’s given, any Tweets he’s pointed out, they’re saying that Americans are getting more money. “Look at all those bonuses that were just handed out. Look at all of the money you’re getting in your pay check that’s more than you used to get. The economy is booming, things are great, and it’s all because of us, and our tax cuts.”

Well, here’s what the Republicans aren’t actually telling you. In the last month, more than 40,000 jobs in the United States have been lost due to corporate layoffs. Some of these from companies like Toys “R” Us, Macy’s, JC Penney and Kmart, companies that aren’t doing so well, so they’re laying people off.

Other companies, companies like Walmart, AT&T, companies that are hugely successful and makings of billions profits in a year, just decided to lay people off for the hell of it. Those $1,000 bonuses that were handed out in December, those were more like severance packages than they were performance bonuses, because more people were laid off from these companies that gave out the bonuses, than received the bonuses.

And less than 2% of the American population has even seen any kind of increase in their pay checks, tax cut related or otherwise, since these things were enacted. So why are Republicans telling us that our pay checks are increasing? They’re not. That’s statistics. This is market analysis talking at this point. Enough with the political talking points that tax cuts are going to help everybody. They’re not.

Tens of thousands of people are losing their jobs from highly profitable companies, for no other reason than the company wants to save money. And they’re doing this in secret, they’re hoping people don’t notice. While they’re highly publicizing these bonuses that they gave out to some employees who’ve been there more than 20 years, and who probably would have gotten a bigger bonus than that if the company had stuck to their regular Christmas, or December bonus schedule anyway. That’s what’s happening here.

This is all a facade, it’s all a charade. And yes, the economy added more jobs in January than were expected, but we’re still losing at an alarming rate. Donald Trump is still riding the high off of the Obama economy, but that is all about to come crashing down. Every economist is already predicting that. They’re already predicting that these tax cuts are going to be a disaster for the economy, that people are going to stop spending, that companies are going to have to lay people off in droves.

But Republicans don’t want to talk about that. All they want to do, is say, “Look, you got $1,000 pre-tax income as a bonus, one time. So you owe us your loyalty for the rest of your life.”