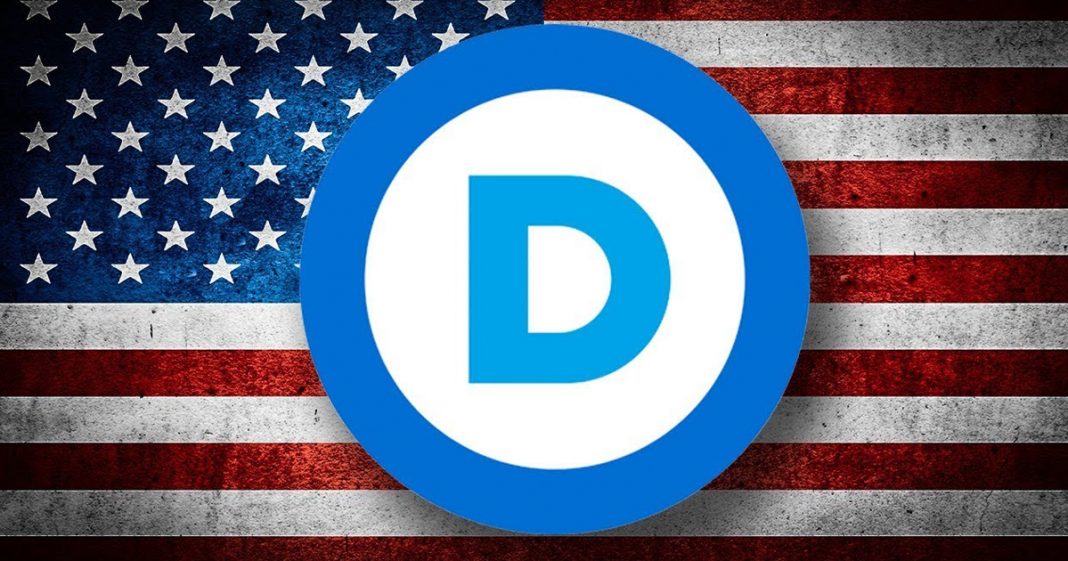 As we inch closer to the midterm elections, think pieces are beginning to emerge about the Democratic Party’s lack of a central leader figure to take on Donald Trump. And while they need a strong leader, what they need even more is a message for the people. They won’t win elections on “we’re not Trump,” as 2016 proved, so it is time for them to talk policy and convince voters that they are on their side. Ring of Fire’s Farron Cousins discusses this.

Well, we’re inching closer and closer to the 2018 midterms every day. As such, we’re starting to see these alleged think pieces pop up all over the place, talking about the Democrats needing a leader. We saw recently everybody clamoring around Oprah. Will she, won’t she be the 2020 nominee for the Democratic Party? Is she going to run? I hope she does. I hope she doesn’t. The party was kind of split on that until she finally came out and said, “Look, I’m not going to run.” Dwayne Johnson has been a name floated around.

The Democratic Party right now is desperate to find some kind of figure, some person that the party can rally around to help win elections. We do have people out there. We have Bernie Sanders, but the hardcore establishment Democrats are quick to point out he is not technically a Democrat and deserves no say in Democratic processes. Okay. So, we can’t have the one guy that probably would be the best. So, you take that away and what do you have? The Democrats really do have a very big leadership problem because right now, no one person has emerged as somebody that we can rally behind, somebody who’s willing and able, and able is the most important part, they’re to stand up to Donald Trump.

But there’s something more important than just the lack of a clearly defined leader. There’s no message from the Democratic Party other than Donald Trump is really bad and Republicans are really, really bad. You’re not going to win elections that way. As much as this party needs a leader, what they need more is a message. They need a plan of action. That is the one lesson from 2016 that for some reason these idiots still haven’t learned. You’re not going to beat Donald Trump in any election based on his personality, based on his disgusting habits and the horrible things that he’s said. It sucks that you can’t beat him on that, but the American public has already shown that they didn’t care about that, so you have to move on.

Recently, Bernie Sanders, and I know people are going to get pissed I mentioned him again, said that he’s not going to get involved any of that. He’s not going to talk about the investigation. He’s going to continue to talk policy and that is exactly what the entire Democratic Party needs to do, and we do have a few who are starting to talk more about policy. But we need all of them. We need people out there explaining why a Medicare for all policy is better than our current for-profit healthcare system and how they’re going to put it in place. We need people out there talking about debt-free college and how we’re going to pay for it. We need people out there talking about the fact that corporations do need to pay a higher tax and show them charts, and graphs, and statistics of why that’s actually better for the economy and better for the American workers. We need strong unions. We need strong regulations to help protect people when they go to work. But there are no nationally elected Democrats out there talking about all of those things and that’s the problem. It’s not that we don’t have a leader. It’s that the Democratic Party is so dysfunctional right now that they don’t even have a message.

If you want to win in 2018 and if you certainly want to win in 2020, you have to run on policy, which means you have to come up with some policies that you know the American public already wants. They’re on your side on this. All you have to do is come up with a plan and go out there and explain it to them very clearly. That’s another thing the party sucks at. They sucked at it in 2016. Hillary Clinton, according to analyses, only talked about issues 25% of the time. You need that number to be 80 to 90% of the time. Spend a little bit of time taking some digs at Trump, it’s not going to win you the election, but it might change one person’s mind. But you go out there and you talk policy, you talk about how you’re going to help these people, you lay it out clearly so that they can understand it, you’re going to change a hell of a lot of minds all throughout this country. That’s the only way the Democrats are going to win.