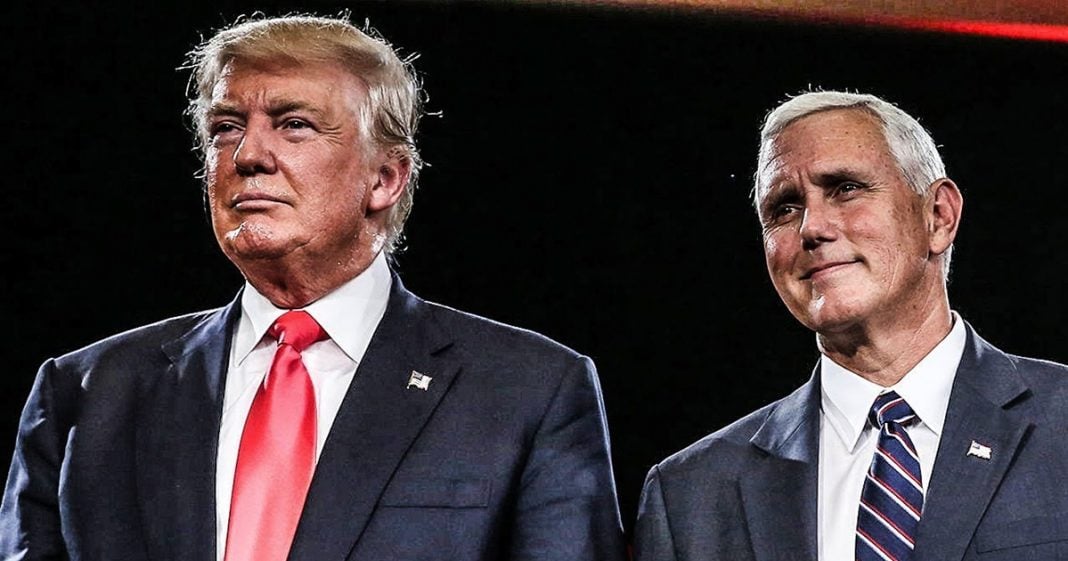 The Trump administration’s Labor Department recently proposed a new rule that would allow restaurant owners to legally steal the tips of their workers. When the Labor Department released a study showing that their new rule would cost workers billions of dollars, the administration buried the report and refused to release it to the public. They don’t want us to know how badly they’re screwing us over, as Ring of Fire’s Farron Cousins explains.

In December while republicans in Washington DC were working around the clock to come up with a tax cut package for billionaires and billionaire corporations, Donald Trump’s Labor Department was drafting a rule that would legally allow restaurant owners and other owners of tipped employees to steal those tips from their employees. Now this mainly would affect restaurant workers here in the United States. The rule basically said that any tipped employee, if the employer decided to pay the minimum wage, the employer could then legally take those tips and then redistribute them as they see fit, among other employees or among the business itself, which would mean the tip you leave when you go out to eat instead of going to the server would go to the management and it’s very unlikely that they would ever redistribute that money amongst any employees.

For those of you who’ve never waited tables in the United States, let me explain how it works a little bit. Most servers in this country make about $2.13 per hour. Some states have it a little higher than that, but the reason it’s below minimum wage is because these people make tips. And it is those tips that help them survive. That is what they use to pay their bills, to pay their rent, to buy things, to fix their cars, to contribute to the economy. If you take those tips away, which often times do especially at better high scale restaurants, they do result in much more wages than minimum wage would get. If you take those away and switch them to minimum wage like this rule says you can do, these people will be living in abject poverty. Because not only is it going to affect the workers who are going to lose $1 billion a year collectively, it’s going to affect the surrounding economies.

Any time a group of workers in one area loses money or suddenly starts making a hell of a lot less than they were, every other business in that area begins to suffer. You suddenly have 200, 300 people in one five block area that cannot go out to eat anymore. They can’t buy as many groceries, so other businesses lose revenue, other employees lose wages, and so on and so forth. It is the ripple effect throughout the economy that the Labor Department is also worried about. So the Trump administration says, “You know what? This report looks really bad, it looks like we’re really screwing over American workers. But let’s not change the law. Let’s just make sure that this report never sees the light of day,” because that’s how the Trump administration operates, that’s how republicans operate. If the news shows that something’s bad for you, rather than not doing it, you just hide the news instead.