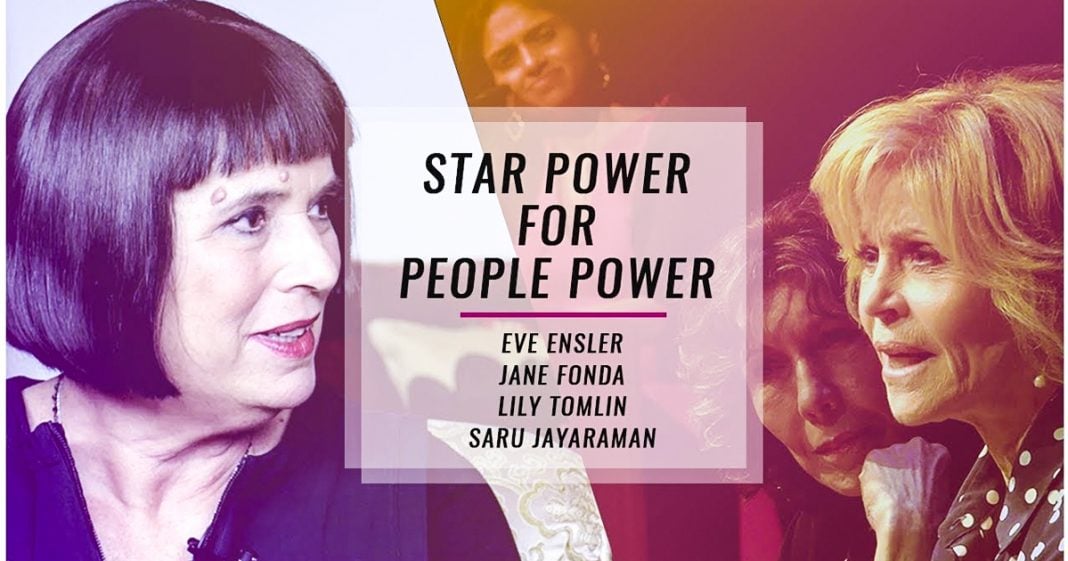 This week on the show, 2018 brought us #TimesUp, but the history of collaboration between grassroots activists and Hollywood celebrities was already very long. Laura talks to Eve Ensler, who will be returning to Broadway with a new play titled “In The Body of the World,” about why our bodies must be connected to our politics.

Then, an interview with Jane Fonda and Lily Tomlin, of the hit show ‘Grace and Frankie,’ alongside Saru Jayaraman, president of Restaurant Opportunities Center United. Laura speaks to them in Detroit during the summer of 2017 after they went to canvas door to door for a ballot initiative that seeks not only to win a single fair minimum wage, but to help build a broad progressive agenda in Michigan statewide.