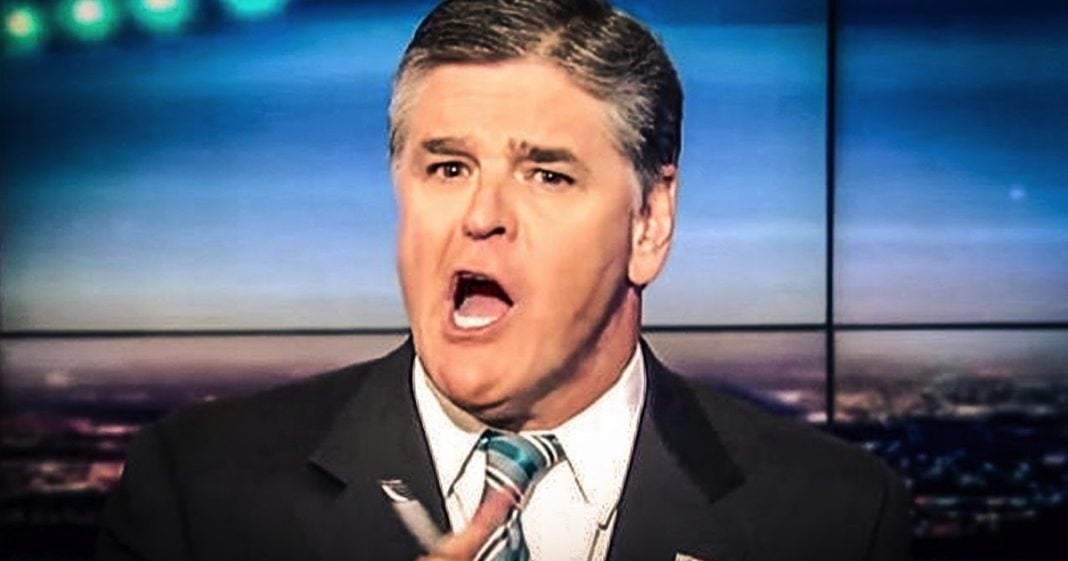 According to three sources, Fox News host Sean Hannity has had several phone calls with Donald Trump recently where he has allegedly been advising the President on the release of the Nunes Memo. If true, and if Sean Hannity knows what is in the classified memo, that would constitute a felony and should be treated as such. Either way, the thought of a President seeking out Sean Hannity’s advice on anything is TERRIFYING, as Ring of Fire’s Farron Cousins explains.

According to a new report by The Daily Beast, Sean Hannity of Fox News has been advising President Donald Trump on the release of the Nunes memo. Three separate sources confirm to The Daily Beast that the president is regularly and frequently talking to Sean Hannity and that one of the issues that they’ve discussed together is the potential release of this Nunes memo, which is expected sometime late Friday evening, if it ends up getting released. There are several very obvious problems with this particular story, and none of them have to do with the validity of it because I’m going to trust this, three separate sources versus Sean Hannity, a guy who says, “No, this is fake news. I’m not talking to the president.” He really doesn’t have much credibility to lean on there.

If Sean Hannity is advising the president on the release of this memo, does Sean Hannity know what’s in the memo, because if he does that’s a felony. He is legally not allowed to know what is in this classified document when this man does not have any form of security clearance whatsoever. If Trump himself, or Nunes, or anyone else in that White House told Hannity anything that is in that memo, they committed a felony. Furthermore, and this goes beyond the legality of it all, if we have a president who is consulting with Sean Hannity from Fox News on anything, that should raise concern among the American public. We already know that Fox News is essentially state media at this point. They will do whatever it takes, with the exception of Shepard Smith occasionally, to make the Trump Administration look better, to discredit our intelligence agencies, and to lob baseless attacks on Democrats, both Democratic citizens and Democrats in D.C.

Sean Hannity clearly has a direct line right into President Donald Trump, and we have known that. We have had reports for the last year that Sean Hannity and the president have been friendly talking on the phone about issues. We know for a fact that when Scaramucci was still at the White House, Sean Hannity went to dinner at the White House with him and Donald Trump. We know this. That is why I do not take Sean Hannity’s word that this is all just fake news. This is the scandal that we need a little more answers for. We need to know if Sean Hannity knows what’s in that memo. We need to know if anybody in that administration, including Trump himself, is breaking the law by leaking classified information to a disinformation network like Fox News. That’s what we need answers to. Sean Hannity is not a person that anybody in this country should trust, and if he’s the guy telling Donald Trump what to do, that should give everyone in this country very severe reasons to be concerned.