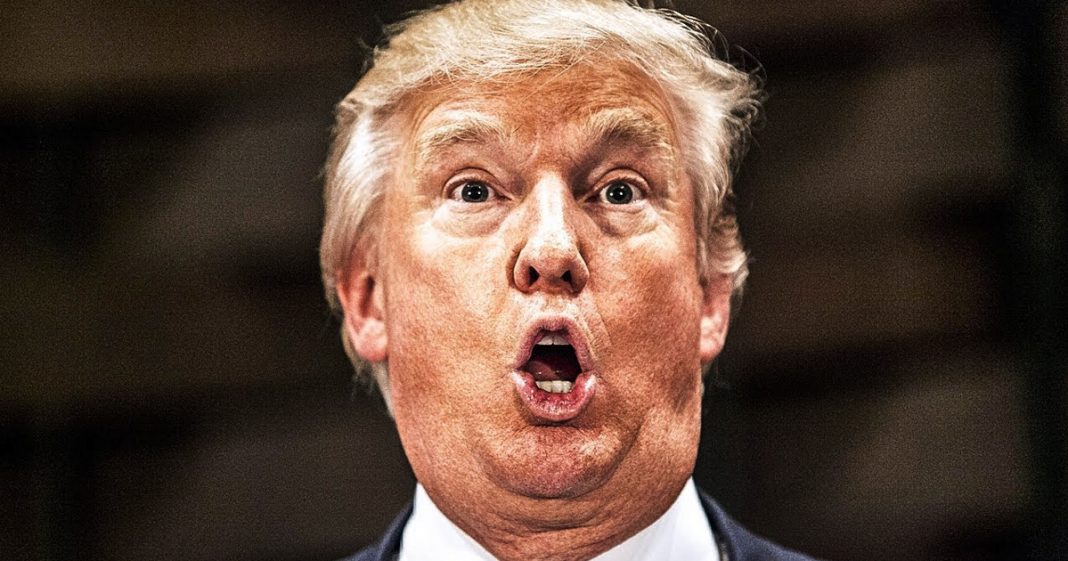 While Donald Trump’s attacks on intelligence agencies are nothing new, his Friday morning Twitter attack on the “higher ups” at the agencies struck a new tone of desperation. Trump is claiming that the people he mostly put in place are out to get him, showing just how terrified and paranoid he has become. Ring of Fire’s Farron Cousins discusses this.

President Donald Trump has sunken into a very deep state of paranoia. On Friday morning, the president tweeted out that he has very serious concerns about top tier intelligence officials within the federal government and how they’re working to help Democrats. Now he clarified he has no problem with the rank and file people at the FBI or the CIA or any of these other government agencies. It’s only the people at the highest level, the officials at these intelligence agencies who are actively working against him trying to undermine his presidency and, at the same time, help Democrats in this country.

Here’s the thing about those people Donald Trump is attacking. He put almost all of them into place. All of these people: Ray, Muller, Comey, Rosenstein; they’re all Republicans. They have been Republicans. They are loyal to Republicans aside from the rule of law. When they stop their job and they go home or they go vote, they are Republicans.

That’s beside the point. The important thing is that this moron, this paranoid guy that’s sitting in the White House, is the one who put them there. He appointed them. Ray came from Donald Trump, and didn’t Donald Trump tell us it was only gonna be the best people? He was gonna have the best appointments, the greatest people ever to serve in positions of power in the federal government.

Now he’s saying that we can’t trust the very people that we trusted him to put in place. Wouldn’t that mean that we can’t trust him, because that’s what I’m gonna go with on this. Donald Trump is trying to undermine U.S. intelligence agencies because he is paranoid and terrified about the course of this investigation. Things are not looking good for him right now. Maybe he’ll get convicted of something. Maybe he’ll get charged or indicted. Maybe he won’t, but at the very least, we know that he wants this investigation to stop immediately.

For those people who say that this investigation has been a waste of time, might I remind you that four people have been indicted, and two of them have already pleaded guilty. That doesn’t sound like a waste of time to me. Donald Trump is running scared right now, and he’s so paranoid that he doesn’t trust his own people at this point. This paranoia is going to spread as this investigation goes deeper. Pretty soon he’s gonna be saying he doesn’t trust General John Kelly or Rex Tillerson, maybe even Kellyanne Conway at some point if she says something he doesn’t like that might be construed as helpful to Democrats. This man is paranoid because he sees the writing on the wall, and he understands what is in his future, and it’s not looking so good for him right now.