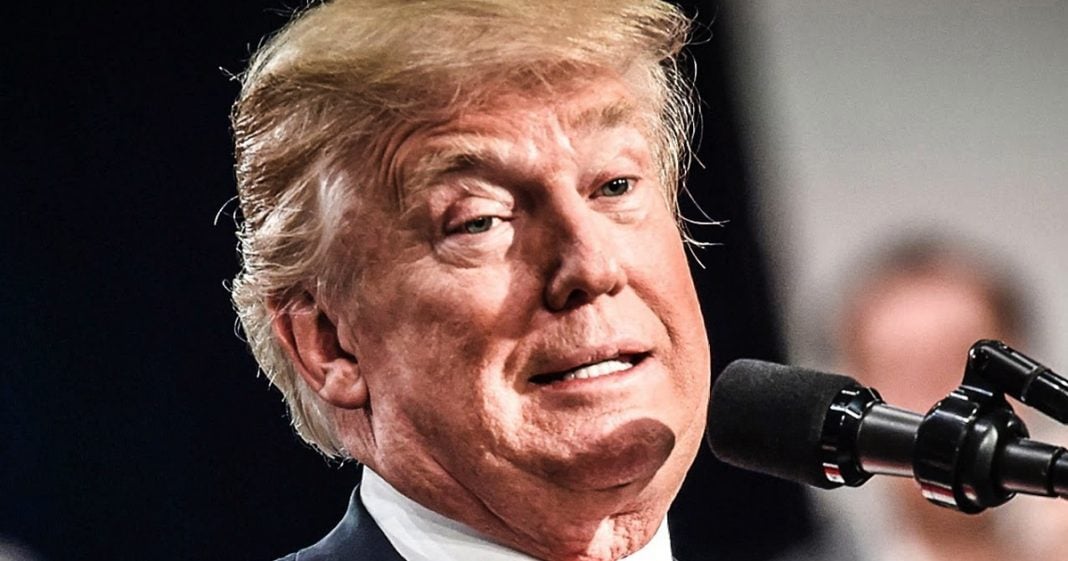 According to two separate lawyers representing members of the Trump team, an indictment against Donald Trump for obstruction of justice is all but a certainty, and that they expect an indictment to be handed down by Spring. These attorneys have represented clients in front of Mueller’s team, and based on what they’ve seen during those meetings, they believe Trump is in serious trouble. Ring of Fire’s Farron Cousins discusses this.

According to recent interviews performed by Politico two attorneys for senior White House officials in the Trump White House have told Politico that they expect Robert Muller to hand down an indictment against Donald Trump as early as this spring. Now the reason for this is because these two attorneys who spoke to Politico separately understand how the law works, they understand how these investigations work, but more importantly they’ve actually been a part of it on the other side, on the defense.

They’re the ones representing officials within the Trump administration, so they’ve gone in during the questioning, they’ve seen what Robert Mueller is trying to build, they understand what evidence he has, and these people are now telling us that Donald Trump is headed for an indictment for obstruction of justice. Now I know that may not be the bombshell indictment that most people were hoping for but it is something at this point.

Collusion, if it happened, if it didn’t, is a very difficult thing to prove even for a very skilled prosecutor, and I think that’s why Robert Mueller kind of backed off that to an extent, as far as we know, and is now focusing more on the obstruction of justice because there are many different avenues that he can go with that. It’s not just that he obstructed justice one time. It could be because of the response that they wrote to The New York Times article that they said came from Don Jr., but instead came from Trump and Hope Hicks.

It could be the firing of Comey, it could be the recent stuff with Andrew McCabe, it could be many different things. There could be multiple counts of obstruction of justice. It could be threatening to fire Jeff Sessions, and then not threatening, and then refusing his resignation, we don’t know. At this point there are still too many unknowns about everything within this investigation because not much is leaked.

What we do know is that attorneys for the other side, people representing the people who are worried about going to jail are telling us that based on what they’ve seen, they’re saying, “If we were betting men we wouldn’t put any money on Trump, we would put the money on Mueller handing down an indictment.” Those are strong words from attorneys.

We also know that recently, actually just this past week, Rick Gates and Paul Manafort’s attorneys abruptly quit. They decided they didn’t want to do this any more and I’m assuming it’s because they understand that at this point there is no way they can win for their client. Either that or their client keeps making stupid mistakes and saying things he shouldn’t say, so they decided, “You know what? I can’t do this any more.”

Trump is in a lot of trouble and Trump understands that, which is why he continues to attack our intelligence agencies, but if these attorneys who have very close first hand knowledge of this investigation are being honest, and if we can trust them, then hopefully we can expect that sometime this spring Donald Trump will be handed his very own indictment.