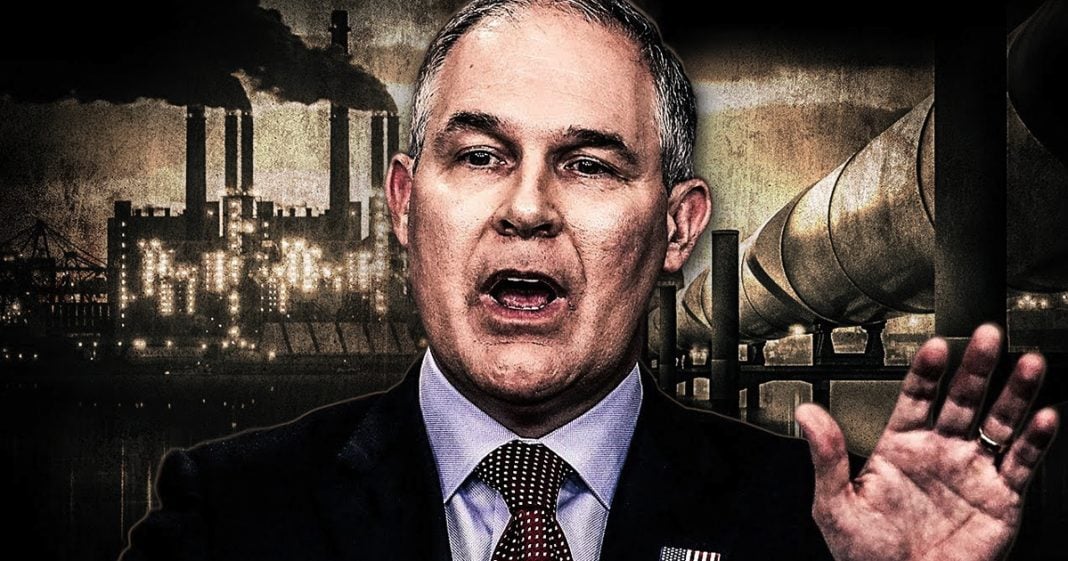 Via Florida Weekly: Are we going to count on Pruitt to look out for us, or are we going to use another avenue? In this clip, Mike Papantonio discusses the documentary film, “The Devil We Know,” and the future of environmental court cases.

Pruitt, let’s talk about Pruitt. Pruitt is nothing but a step … He is absolutely a sock puppet for corporations that engage in every type of criminal and semi-criminal activity where they pollute our environment. If you look at the guy’s history, there’s just no question about that. So are we going to count on Pruitt to look out for us? Or are we going to say we have to use another avenue, that we have to go to court?

What we’re going to see with Pruitt, for example, we’re going to see an entire set of lawsuits that come out of all the damage that he’s done over those eight years. The reason I can tell you that is we saw the same thing happen with George Bush and, oddly enough, Bill Clinton. Bill Clinton you’d like to think was a great environmentalist. He wasn’t. Bill Clinton was a Wall Street democrat. It was low on his priority list.

So what we saw is the regulators that come out of those types of administrations, they stay in office four years or eight years or whatever the term may be, and then all of a sudden we see all the lawsuits that emerge eight years later because consumers understand that their children are dying from drinking the water, their family members are dying from breathing the air. And all of a sudden, they say, “We have to do something.” And it’s that one person that says, “I need to initiate organizing here.” And that’s what we’ll see. After Pruitt leaves, we’re going to see all the destruction that he’s allowed to take place.

And then the only thing that’s going to happen is corporate media will talk about it for 24 hours, and then it’ll move onto the next meaningless story. And then some attorney will say, “Well, let me take a shot.” And that attorney will take a shot in court, and he’ll be criticized as an ambulance chaser for bringing a case that regulators should’ve brought that they didn’t, that the Department of Justice should’ve gotten involved with but didn’t because they don’t throw Wall Street criminals in prison anymore.