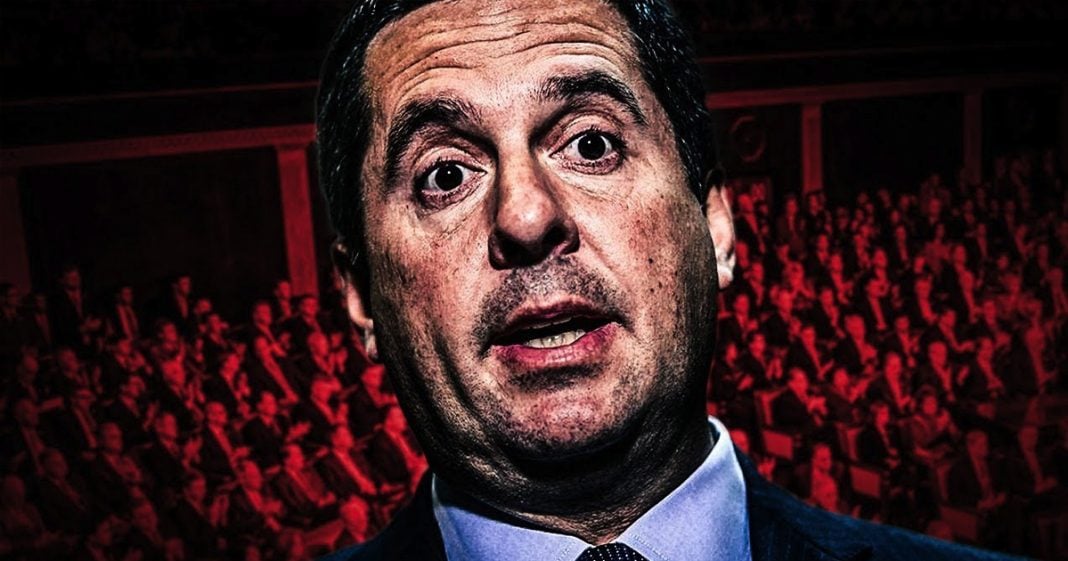 On Wednesday, the FBI took the unusual move of releasing a statement saying that the Devin Nunes memo is filled with inaccuracies and cherry-picked data and that the entire move by Nunes and Republicans is a thinly-veiled attempt to discredit the FBI. The agency is echoing the statements made by Congressional Democrats, but that doesn’t appear to be stopping Republicans from pushing for the memo to be public. Ring of Fire’s Farron Cousins discusses the latest developments.

On Wednesday of this week, the FBI decided they had had enough of Devin Nunes’s little side show about his memo. They hit back at Nunes releasing a statement saying basically that, “Devin Nunes, you’re memo is filled with lies.” Here is what they specifically had to say about Nunez’s memo. “As expressed during our initial review, we have grave concerns about material omissions of fact that fundamentally impact the memo’s accuracy.” Now, in case you’re not familiar with it, that is a very fancy and very well worded way of saying, “You’re a damn liar, Devin Nunes, and we don’t believe a damn thing in your memo, because you left out very important things.”

Nonetheless, that did not stop Nunes from editing the memo, without members of Congress knowing it, and then taking it to the White House for them to finally review it and decide whether or not to release it to the public. That’s the state of the #releasethememo movement. Yet, there are still plenty of conservatives online who actually believe that this memo is somehow going to lead to the arrest of people like Barak Obama, Hillary Clinton, members of the FBI. It’s just going to tear down that whole deep state apparatus that conservatives seem to think exists here in the United States. Not saying necessarily that there aren’t shadowy things happening with these intelligence agencies, we know that there are. This just doesn’t happen to be one of them.

Devin Nunes is a liar. The things that he has in that memo are untrue. That’s coming from the people who gave him the information to be able to even write the memo in the first place. Here’s the kicker on all this, it’s not just that the FBI had to come out and say, “Devin Nunes, you’re lying your ass off,” it’s that even Fox News and conservative outlets, like the Wall Street Journal, which is also owned by Rupert Murdoch just like Fox News, have now had to come out and admit, one, that, yeah, Nunes changed the memo before he gave it to the White House, and two, that Carter Page, the subject of the memo, the guy that the FBI was surveilling, has actually been on the FBI’s radar and a person of interest since 2013, long before that Steele dossier and Fusion GPS ever came into the picture.

Nunes’s story, the Republican story, is falling apart at the seams right now. Every time they think they’ve got a gotcha piece of information, a news outlet, a news organization, comes forward with information that completely discredits them before they’re even able to get their information out. Now that we even have conservative media outlets willing to say that, “Yeah, this probably isn’t an accurate memo,” I think at this point Nunes should go ahead and release it, but there should be a big disclaimer that says, “Nothing in this memo is true, because I’m a complete moron.”