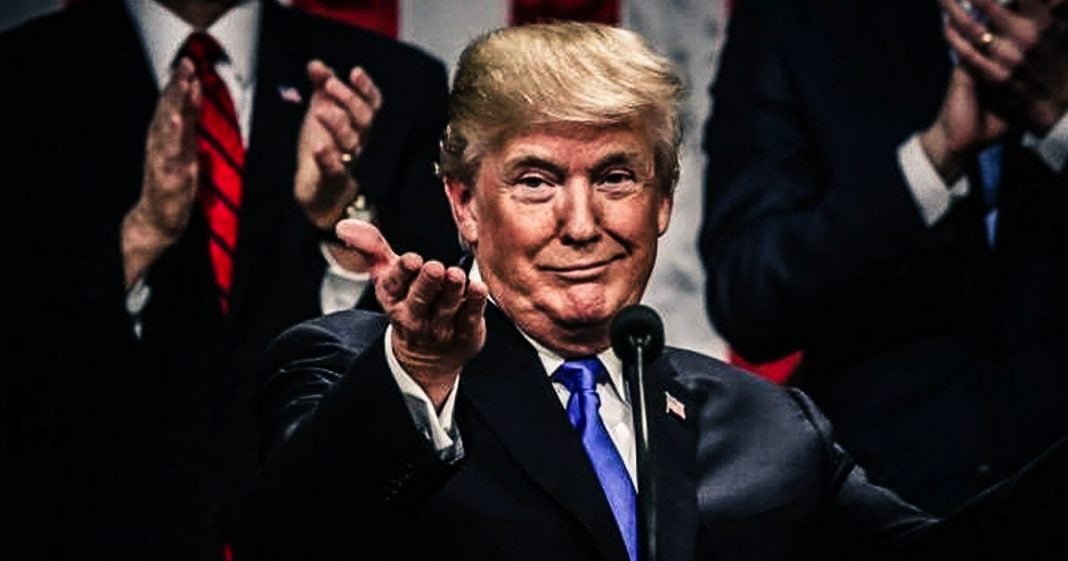 To virtually no one’s surprise, Donald Trump on Thursday morning took to Twitter to brag that his TV viewing audience for his first State of the Union address was the biggest in history. Of course, that’s not true. In fact, that’s not even remotely close to being true. Addresses by Obama, Bush, and even Clinton beat out Trump’s audience, and even Fox News hosts were quick to point out on Twitter that the President was being dishonest. Ring of Fire’s Farron Cousins discusses Trump’s obsession with size.

You see, before Trump even came out with that number, that 45.6 million watched it, on Wednesday, Nielsen released ratings information for past State of the Union Addresses to compare it to what Donald Trump got. No, Trump wasn’t the highest in history. He wasn’t even in the top five. In fact, his first State of the Union Address ranks number nine on the list of most watched State of the Union Addresses in the United States. 1993, Bill Clinton with 66.9 million viewers happen to take the cake there which was technically his inaugural address but they count that in the same category. 2003, George W. Bush, 62.1 million viewers. A lot higher than Trump. 1998, Bill Clinton, 53 million. 2009, Barack Obama inaugural address, 52 million. 2002 George Bush, 2010 Barack Obama. The list goes on. But the bottom line is that Donald Trump is absolutely obsessed with size, and he is willing to lie about it even though everybody in the country can verify that he’s lying about it.

Even Brit Hume from Fox News had to reply to Donald Trump’s tweet and say, “This is blatantly false. This is an unforced error that you put upon yourself. Why would you do this?” When even Fox News hosts are having to say, “You’re absolutely lying for no reason whatsoever,” again, we have to start questioning the president’s mental capacities. This isn’t something that normal human beings do. When everybody knows, when everybody has the data available to them and yet you still lie about it when they’re sitting there holding it, there is something wrong with you. There’s something wrong with the way your brain functions.

Furthermore, aside from the psychological issues, what is this man’s obsession with crowd size and general size of things? Any Freudian psychologist is going to tell you exactly what that means. That’s not that far out of the box for them to explain to you what Donald Trump is trying to overcompensate for. But, at this point, Donald Trump’s mental stability is clearly still sliding down the poll. He knows that we know the truth in this, yet he decided to lie to everyone anyway because that’s the only thing this man knows how to do.