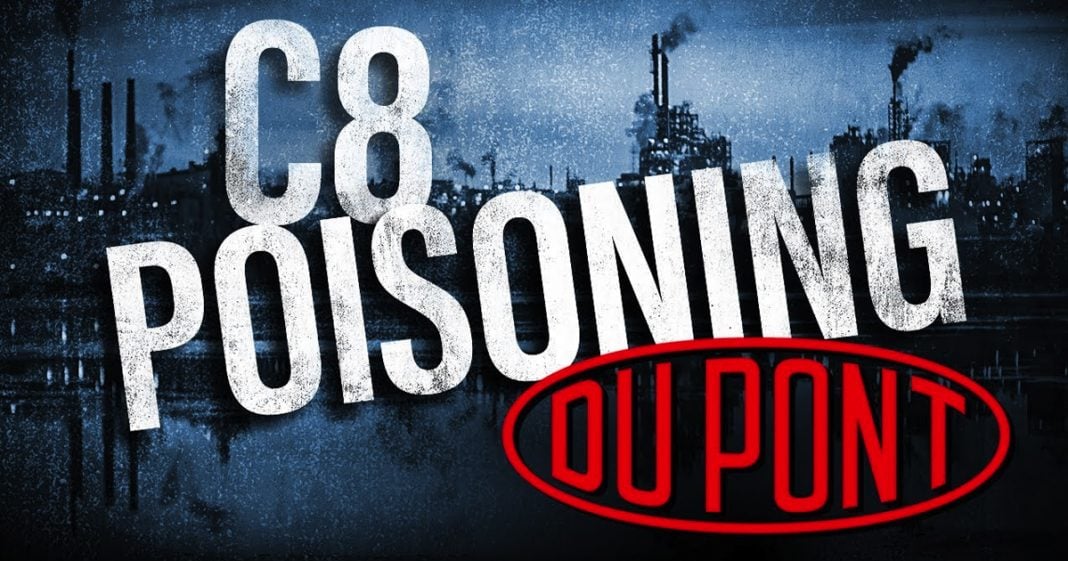 Via Florida Weekly: Mike Papantonio joins Florida Weekly’s Eric Raddatz to discuss “The Devil We Know,” a documentary film that depicts how residents along the Ohio River Valley are being affected by DuPont pumping the toxic chemical, C8, into the air and water during the manufacturing of Teflon.

You know you have DuPont that did so much advertising with the various ABC, NBC and CBS. They were put on notice 40 years ago of what was happening in the Ohio River Valley and did nothing about it. They did no reporting about it. The reporting they did was just phenomenally, remarkably, pathetic. People have to understand that this is not a fire drill. This is the real deal. I mean, this is Teflon. Teflon is causing the off gassing of C8. The production of Teflon is causing C8 contaminants being dumped into our air, into our river. And there’s not any guesswork anymore We know that it causes testicular, cancer causes kidney cancer, causes birth defects. We know all this and it’s as if we are kind of whistling through the graveyard and acting like, “Well, there’s nothing really that we should be concerned about here.”

You know when they’re finding this stuff in the livers of polar bears in the Arctic because it’s become so ubiquitous, each and every exposure that you have to C8 builds up in the human body, it doesn’t move through your system. You don’t drink the water and then it just moves through your system within 24 hours. It continues to build through your system and it stays in your system for as many as 20 to 25 years. They’re externalizing all of their risk to us because they’re trying to save money. The water situation in Florida is … You understand how serious it is. We already have the problem with salt water moving into our aquifer because of climate change. We already have the idea that corporate America right now is in charge of regulatory policy in the state of Florida and that involves water.

So, I mean, if you’re sitting in Florida and you see a film like this and you say, “Well, I’m not going to do anything about it,” you do it at your own risk. You do it at your risk and you do it at the risk of your children and grandchildren. And I think that’s really part of the problem here. Somebody seeing this film, if they say, “Well, you know I’m probably gonna be okay because I’m 60 years old and, yeah, it’s going to be my body for 20, 25 years. I’ll probably be okay, let me roll the dice.”

It’s not about you. It’s about the next generation that we have to stand up for, and we have some responsibility to get involved and say, “We have to do something about this.” It should be call to action because anybody watching it understands that if they were to go to the doctor and have their blood tested, they would probably have C8 levels in their blood that are remarkable. It shows about how one man said, “I’ve got to organize.” So what he did is he organizes. One person that went out against huge political resistance, huge corporate resistance. I understand he was living in the town where they produced this. But he said, “I want to do something. I want to start some energy behind this idea. I want to trigger some energy.” And before he knew it he had this massive organization put together all over the Ohio River Valley that said, “we need to get our blood tested.” Okay?

And then they got their blood tested and they found that it was all bad. And then after they found it was all bad they said, “Well, we have to take the next step. What do we do about it in a court of law?” And by the way, one local lawyer up in that area, who really didn’t even handle these kind of cases, that said, “Yeah, this is bad. This stuff killed cows, it killed humans, it caused birth defects. Let me do something about it.” It doesn’t take a massive meeting. It simply takes somebody that has enough vision to understand that their involvement in trying to change things can be spectacular.