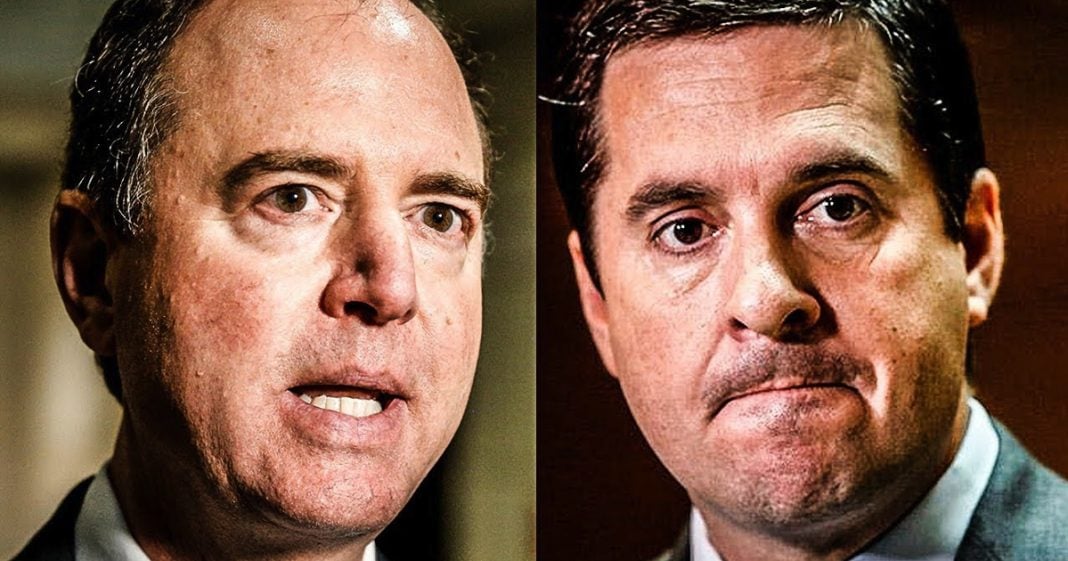 The “Release The Memo” crowd is getting out of control, and Representative Adam Schiff (the ranking Democrat on the House Intelligence Committee) has confirmed that these people are now calling his office and leaving him death threats because of the memo. Devin Nunes is feeding a beast that he can’t hope to control and now we’re starting to see how crazy the Republican base truly is. Ring of Fire’s Farron Cousins discusses the memo and the backlash.

On Monday night, the House Intelligence Committee voted to release the long-awaited Devin Nunes memo for the world to see. The Democrats were not too happy about that because they refused to vote to release the Adam Schiff memo, which has been written to kind of contradict and explain fully what is included in the Devin Nunes memo. But the memo is not necessarily the important thing right now. What’s important is the fact that Adam Schiff, the ranking Democrat on the House Intelligence Committee who has been at odds with Nunes over all of this and who has been demonized and villainized by Fox News and Republican supporters, Adam Schiff has reported that his office is now receiving death threats as a result of angry Republicans who want the memo released. That’s what’s happening in the United States today. Devin Nunes absolutely played into this and now he has created a monster that he cannot hope to control.

What is real are the threats coming against Democratic members of the House of Representatives by psycho-crazed Republican supporters who believe that there is some kind of conspiracy happening in our intelligence agencies to undermine the president of the United States. What’s really happening is that these intelligence agencies are doing their job. Maybe they’ll find something, maybe they won’t. It doesn’t matter at this point because it is their job to investigate it.

People like Devin Nunes, Fox News, have played into this and drummed up all of this hatred and anger among their psychotic right-wing base to the point that people are getting death threats. That’s what they wanted. This is what they do. That’s why Donald Trump continues to push that so-called fake news thing even after a crazy guy threatened to kill CNN employees. This is what happens when Republicans don’t check their language.

This is what happens when they start pushing conspiracy theories that at one time were relegated to shows like Alex Jones. Well, now they’re mainstream. We have Republican Members of Congress, people like Matt Gates, people like Devin Nunes, pushing conspiracy theories about a secret society within the FBI that meets offsite to talk about overthrowing Donald Trump, even though there’s no single piece of evidence that actually supports that other than a sarcastic text message that idiots took out of context. People could die as a result of this and the Republicans don’t even care because all they care about is trying to undermine intelligence agencies and save Donald Trump’s ass.