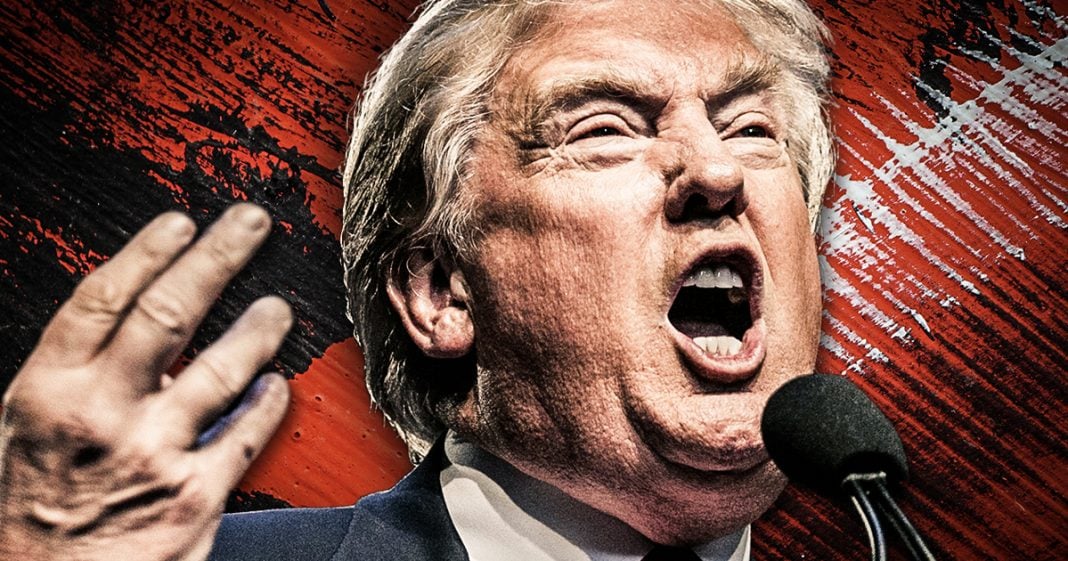 Recent polls have not been kind to Donald Trump, but the latest Politico/Morning Consult poll may have the worst news yet for the President. According to the latest poll, a majority of voters in the United States believe that the president is profane, sexist, and completely reckless with his behavior. Ring of Fire’s Farron Cousins discusses these latest poll numbers and what they mean for Trump’s presidency.

The polls that have come out, basically since the start of 2018, have all had some pretty bad news for Donald Trump. In this past weekend a politico morning consult poll came out that has even more bad news for President Donald Trump. According to this new poll, majorities of people in the United States, view Donald Trump as sexist, as reckless and as profane and majority also viewed him as racist, but that’s something that we have covered in the past.

Now, before we get into this new poll, let’s spend a second talking about those old polls. Recently, it was revealed that polls show that a majority of people in this country view Donald Trump as racist. A recent poll showed that a majority of people in this country do not view Donald Trump as a good model for kids. The latest approval ratings have him close to 40, 42% still well below the 50 needed to show that you at least have half the country’s supporting you.

And this new poll, goes ahead and adds on to that and says, “Guess what? In addition to being a racist horrible role model who most of the country doesn’t like, you’re also a sexist, reckless, profane, human being,” that again nobody seems to like.

The poll shows a 57% belief that Donald Trump is reckless in his decisions as President of the United States. 51% say that he is sexist and 46% to 40% say that he is racist.

Now, as for the profane part. That again, not necessarily something that would disqualify somebody to be president of the United States, but the other ones, the recklessness, and the misogyny that we see from Donald Trump every day and the racism. Let’s not not include that. Those are the real problems for the president. Especially as we get further and further into 2018. Because let’s not forget the fact that Republicans and Democrats, I guess everybody really, have midterm elections coming up.

Republicans are the ones who are trying to defend the house and defend the Senate and if their represented on the national and international stage bu a man who is profane, sexist, reckless, racist and a bad role model who most of the country doesn’t like, that’s not gonna bode well for them when they go back home and start campaigning and say, “Hey, I’ve been working with the president to do these great things,” and then the people in the crowd say, “Oh, you mean that racist, sexist, profane, reckless human being? Yeah, we don’t like that. We don’t like him.”

On the other hand, if they run opposed to Donald Trump, that’s only gonna give Trump reason to go out and attack them on Twitter as he is so frequently does.

So, Republicans have found themselves between a rock and a hard place and it’s a rock and a hard place that they created both of them. They’ve put themselves here. This is what they created and this is what they deserve. There is no good scenario coming up for these midterm elections that would help them win. And the fact that the majority of people in this country are starting to see Donald Trump for who he truly is, is also a really bad omen for Republicans for the midterms this year.