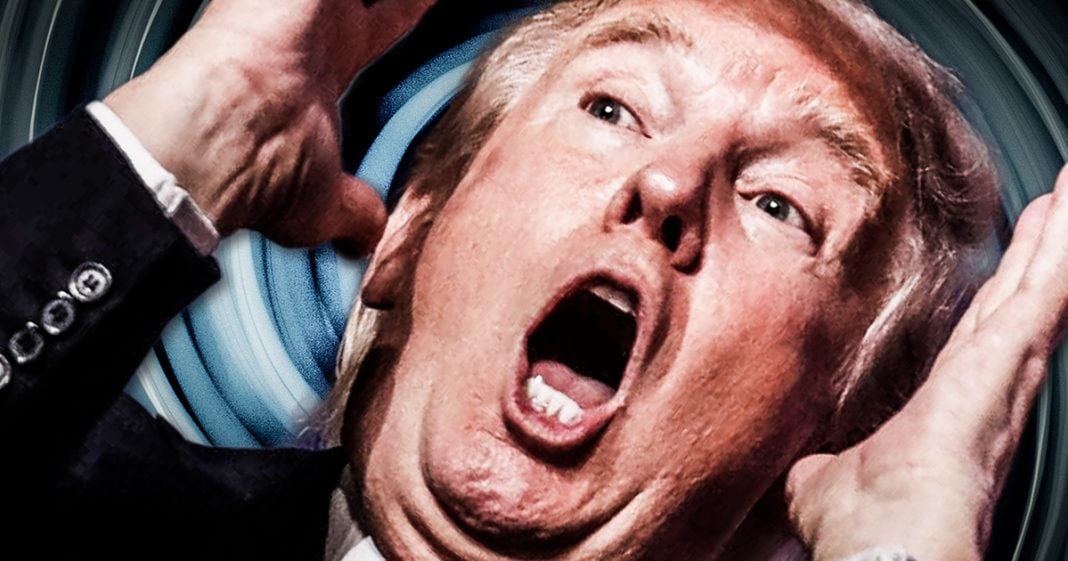 According to a new report by Axios, a very close ally to Donald Trump said that those closest to the President are worried that he’ll commit perjury if he interviews with the Special Prosecutor because he has a tendency to “create his own reality” and that “he believes it.” Investigation aside, that statement alone causes an entire host of problems, and raises even more questions about Trump’s mental state. Ring of Fire’s Farron Cousins discusses this.

Over the past weekend, the news site Axios, which frequently posts articles using sources within the White House and other DC insiders, they posted an article where they talked to a very close Donald Trump ally who says that they’re terrified of Donald Trump testifying before the Special Prosecutor, Robert Mueller, because — and this is according to the Trump ally — Donald Trump has a tendency to create his own reality, and more worrisome than that is that he actually believes that his reality is true. Now, okay, let’s build off that little story right there. Let’s forget the part about the investigation and testifying. That really doesn’t matter at this point. What’s important here is that this person who Axios spoke to, who says they are a Trump ally, they’ve known him for a long time, they’re one of his closest allies, if this person is telling us that Donald Trump creates his own reality, and then believes whatever it is that he has created, to me, that’s the bigger part of the story.

Not that they’re worried he’s going to perjure himself, but that they admit that he is so mentally unstable that he just creates his own world inside of his brain, and that becomes what’s real to him. To me, that seems like the bigger story here, because to me, that sounds like a perfect case for the 25th Amendment to be invoked. Donald Trump continuously proves to us, almost on a daily basis, that he is not mentally fit to serve as the President of the United States. And if we need witnesses to this, well, we have dozens upon dozens of mental health professionals in the United States who’ve been warning us about this; we have close allies of the president who are willing to say that he lives in his own reality.

So I don’t understand at this point what the holdup is. I know Democrats don’t want to go forward with articles of impeachment, and to be honest, it is way too soon for that. But it’s never too soon for the 25th Amendment. That puts all of the burden onto Donald Trump himself to prove that he’s not a complete and total psychopath, and if he can’t, then he gets removed from office. But this Axios article’s a lot bigger than the headline that they gave saying they’re worried he’s going to perjure himself, because the truth is a man living in his own reality, detached from what’s really happening in the world, he shouldn’t be president in the first place.