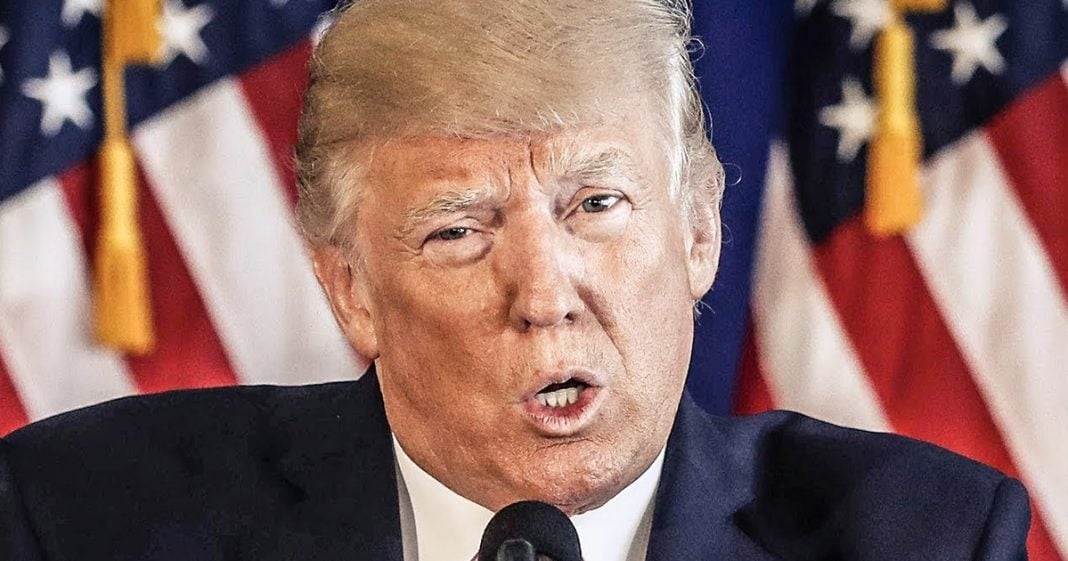 All of the recent babble about a secret memo held by Devin Nunes and the reports that Trump wants to fire top intelligence officers and replace them with more loyal stooges points to one clear thing – Donald Trump wants to become a dictator and he’s not shy about letting us know that. Ring of Fire’s Farron Cousins discusses how every action and word by the President is evidence of his true desires.

One of the biggest problems that we have seen from the Trump administration over the last year is that obviously Donald Trump has no idea how the government is supposed to work. Instead of working for the American public or working for the government itself, Donald Trump believes that everybody who is a part of the government works for him and their job is not to protect him, not to keep him safe but to be loyal to him. That is a very real problem in the United States. Donald Trump doesn’t want to be President. He wants to be a dictator. His actions over the last 12 months have proved that. The firing of Sally Yates, because she was adversarial towards him, she wouldn’t give him his loyalty that he demanded. James Comey, same thing. What we’re finding out now with Andrew McCabe and Christopher Ray, same thing. They wouldn’t give him their undying loyalty, so he wanted them gone. He wanted to replace them with people who would be unfathomably, unshakably loyal to the President of the United States. That’s not how the government works. That’s not how it supposed to work. That’s not how it should work.

The people working at these agencies, at the FBI, the CIA, the DOJ, they’re loyal to the rule of law. If the Presidents breaks those rules, breaks those laws, then they hold him accountable. It doesn’t matter how much they like him. That’s how this works. Nobody in this country is expected to be loyal to the President of the United States. We’re expected to be loyal to the country, to those offices themselves, to the power that they hold, not to the person who sits in there. Donald Trump doesn’t understand that because he chooses to not understand that. He believes that these agencies, the intelligence agencies, the consumer agencies, they should all work to benefit him and no one else, which is exactly what happens in a dictatorship.

Dictators demand loyalty from the people they surround themselves with. If you are not loyal, you get fired or sometimes worse than that. That’s what Donald Trump is doing here. He has purged people from the federal government just because they would literally not say that they will pledge their loyalty to him. That is the move of a dictator. That is what a fascist regime does. This overabundance of patriotism coming from the Trump administration, that’s a tenet of fascism. The attacks on the media, dictatorship, another tenet of fascism as well. Attacks on intellectuals as we’ve seen with the purge of scientists from the EPA and the attack on institutions throughout this country. Again, another hallmark of a dictator of a fascist regime.

All of the tenets of fascism are there right now in the United States. We’re seeing each one of them, all 14 of them play themselves out in the Trump administration. That’s not an accident. It’s because that’s what Donald Trump actually believes. That’s what he wants. He wants to be the dictator of the United States. Part of that is arrogance. Part of it is ignorance. This is what happens when you elect someone who has no idea how the government works but who spent his whole life being told that the world revolves around him. We’re living with the consequences today. The longer this guy stays in office, the worse things are going to become.